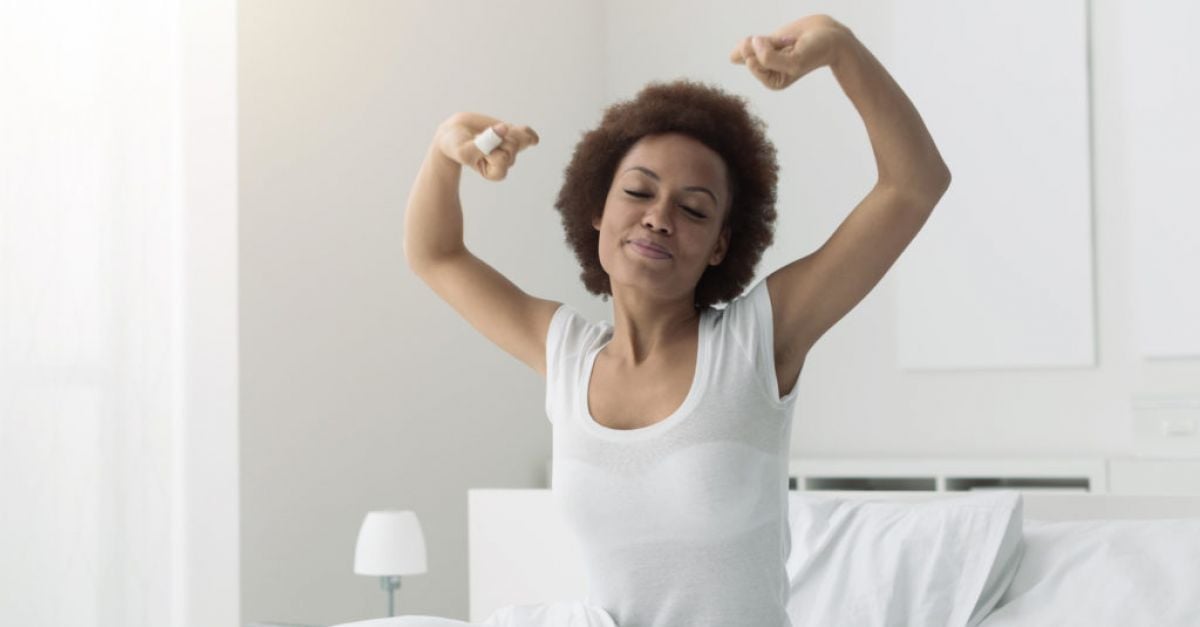 Some of the world’s most successful people – like Apple CEO Tim Cook and Vogue editor Anna Wintour – are known to start their day before sunrise.

But being an early riser might have more benefits than helping you get a head start on your unread emails, as a new study has found that people whose sleep pattern goes against their natural body clock, are more likely to have depression and lower levels of wellbeing.

Are you an early riser or a night owl? A new study suggests those with sleep patterns that go against their natural body clock may be more likely to have depression or anxiety. The researchers say early risers are genetically programmed to have improved wellbeing.#bbcgms 0615

Researchers from the University of Exeter concluded that getting up early every day can have a protective effect against mental health issues, and those who do it tend to be happier.

So, how can you stop hitting the snooze button and become a fully-fledged morning lark? Here are a few simple tips for getting the job done…

1. Nudge your alarm by five minutes each day

With any new habit, it’s tempting to launch yourself in head-first, but if you usually sleep in until late, then setting your alarm for 6am might not be realistic.

It’s much easier to get into the habit of waking up early if you gradually ease your body into it, by adjusting your wake-up call by five-minute increments each day.

2. Put your alarm on the other side of the room

It’s one of the oldest tricks in the book, but putting your alarm on the other side of the room really does work.

Because you’re forced to throw off the duvet and get out of bed to switch it off, you remove the opportunity for half-consciously snoozing your alarm and immediately going back to sleep.

3. Give yourself a reward for waking up early

Many of us wake up and start rushing around to get ready for work straight away, but having an extra hour in the morning means you can luxuriate with some free time.

Whether it’s taking a calming yoga class, going out for an early morning coffee or spending an hour on a personal project, give yourself something motivating to get up and out of bed for.

4. Use light to your advantage

Light acts as a natural cue for our bodies to wake up. While darker, sunset-coloured light causes your body to release the sleep-inducing hormone melatonin, daylight kickstarts our bodies into action.

Just like limiting your exposure to blue light gadgets at night can help you to drift off more easily, using a sunrise lamp that gradually fills the room with simulated daylight, can help you to wake up more naturally.

On average, it takes more than two months before a new behaviour becomes an automatic habit, so don’t worry if you struggle to get up in those first few weeks – it’s helpful to see your new morning routine as a marathon effort, rather than a quick sprint.

13 old-fashioned cleaning hacks that really work, according to the experts

A garden designer explains why we should learn to love weeds