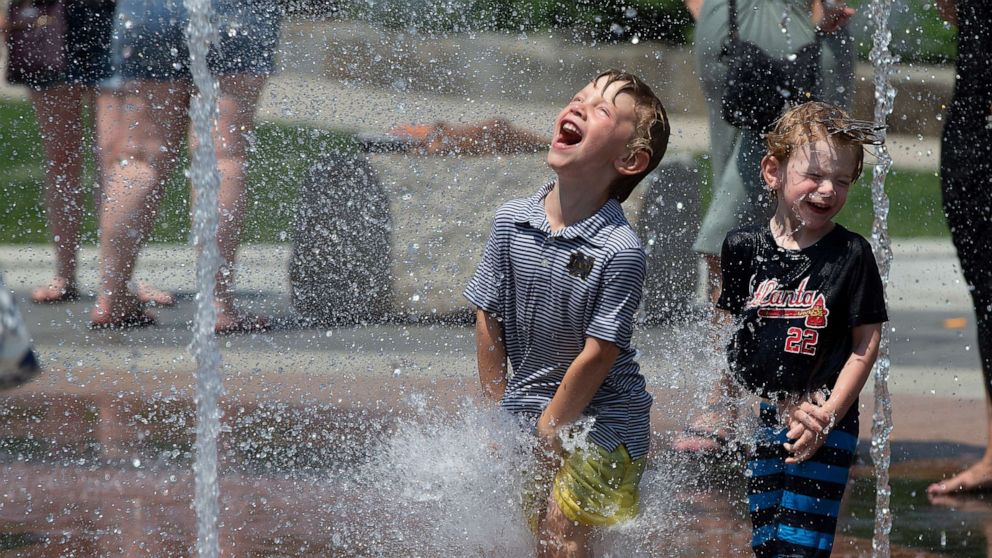 The first heat wave of the season has struck the Midwest as scorching temperatures also invade the Northeast.

The heat wave — which requires three consecutive days in the 90s — was recorded over the weekend in Green Bay, Wisconsin; Rockford, Illinois; and Grand Rapids, Michigan.

On Monday, the temperature is forecast to reach 96 degrees in Minneapolis, which could see its longest June heat wave since 1949. The city has already had four days with temperatures in the 90s.

A heat advisory has been issued Monday from Maine to Delaware where heat and humidity could make temperatures feel like the middle to upper 90s.

On Monday, temperatures are forecast to reach 93 degrees in Boston and 92 degrees in Washington, D.C.

In the South, heavy rain is causing flash flooding. More than 6 inches of rain fell in parts of the Gulf Coast states over the weekend, flooding roads and neighborhoods.

A flash flood watch has been issued for Monday from Texas to Arkansas, where another 4 inches of rain is possible. Flash flooding could also reach west Tennessee.

As a heat wave hits, here’s how to keep yourself — and your pets — safe