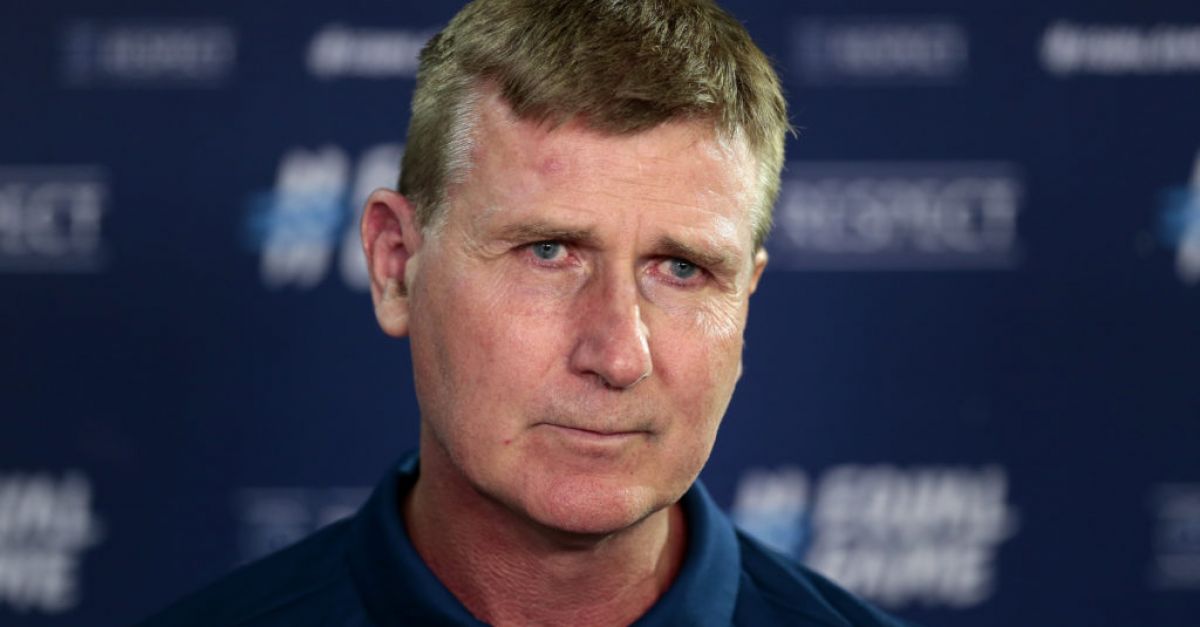 Republic of Ireland boss Stephen Kenny and striker Adam Idah have condemned the spectators who booed their team as they took a knee in Hungary.

The Irish players showed their support for football’s anti-racism campaign ahead of kick-off at a packed Szusza Ferenc Stadium in Budapest on Tuesday evening, but the gesture was not well received by many among the crowd.

Kenny admitted the jeers did not augur well for Hungary ahead of their Euro 2020 finals campaign, which kicks off against Portugal in Budapest next Tuesday.

Speaking after his side’s 0-0 friendly draw, he said: “I think it was the right decision. I approached [the Football Association of Ireland’s international operations manager] Barry Gleeson and said it was something we wanted to do, take the knee, and I think it’s a very important message.

“Our players wanted to do it. It’s important. It’s an important stance and I commend them for taking that stance.”

Norwich frontman Idah also expressed his disappointment at the boos.

He said: “Obviously, it’s disappointing to see the fans and the whole stadium booing us taking the knee.

Been a hell of a trip with the boys enjoyed every minute of the 10 days with everyone ! Two positive results to build on and we kick on in September 🇮🇪 @faireland pic.twitter.com/w89xsoxgNe

“It’s for a good cause, trying to stop racism. It’s a sign to kick racism out of society and the reaction was very disappointing to be honest. We weren’t expecting that.”

The incident in Hungary came after some England fans booed their own team as they took a knee ahead of their warm-up games against Austria and Romania.

If there was disappointment within the Ireland camp at what transpired in Hungary, they did not let it affect them with young black players Gavin Bazunu and Idah and substitute Chiedozie Ogbene, who became the first African-born player to represent the Republic, receiving particular praise from Kenny.

Asked about the booing, Hungary head coach Marco Rossi said: “We always give everyone the utmost respect. This has been the case tonight and will not change in the future.

“However, we need to ask them about the reasons for our fans’ behaviour.”

Nineteen-year-old keeper Bazunu and half-time replacement Caoimhin Kelleher, 22, both made significant contributions, denying striker Adam Szalai three times between them before the Liverpool stopper kept out Attila Szalai’s late effort to ensure they left with something to show for their efforts.

Indeed, they might have condemned Rossi’s men to a first defeat in 11 games had John Egan’s early header not come back off the crossbar.

Kenny said: “It was a tough game. We knew that Hungary had won their Nations League group, we were aware they had qualified for the Euros, beating Iceland.

“This was a big game for them, going to the Euros, ground packed, so it was always going to be a difficult game. Our players were excellent overall. Their commitment and sense of team was very evident.”