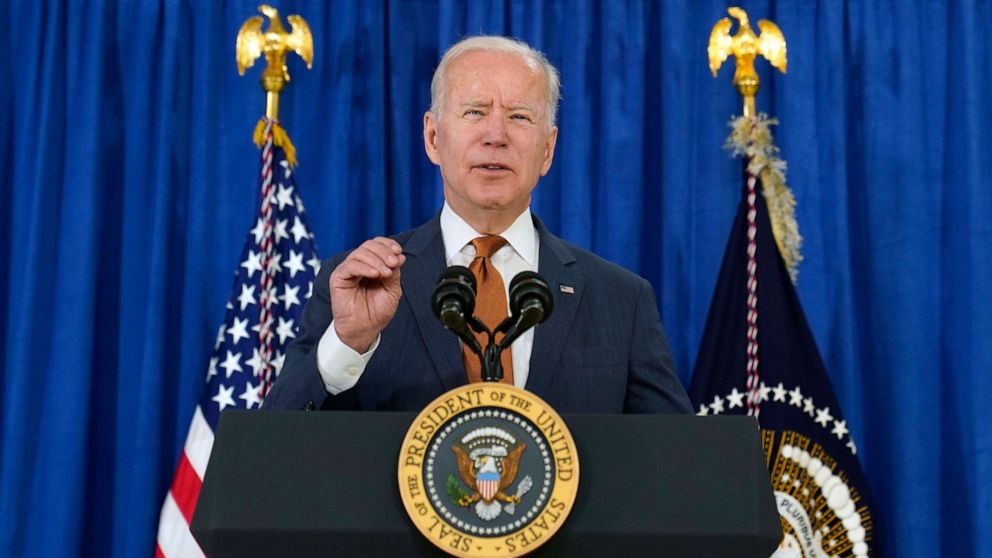 President Joe Biden on Friday called the May jobs report “great news” about the economic recovery from the pandemic, touting that his administration has led a historic rebound.

The U.S. economy added 559,000 jobs last month and the unemployment rate fell to 5.8% — the lowest, Biden said, since the pandemic began.

The May jobs number is slightly lower than some economists had predicted, but not as disappointing as April’s, when the economy gained only 266,000 jobs after economists expected 1 million to be added.

“That means we have now created over two million jobs in total since I took office, more jobs than have ever been created in the first four months of any presidency in modern history, triple the rate of my predecessor, eight times the rate of President Reagan,” Biden said, speaking from Delaware.

“In short, this is progress, historic progress, progress that’s pulling our economy out of the worst crisis it’s been in 100 years,” Biden said.

“No other major economy is gaining jobs as quickly as ours,” Biden continued. “And none of this success is an accident. It isn’t luck. It’s due in no small part, first of all, the cooperation of the American people in responding to my effort to get COVID under control, wearing masks initially and getting vaccinated. And it’s no small part to the bold action we took by passing the American Rescue Plan.”

Biden credited his $1.9 trillion American Rescue Plan for much of the economic rebound, saying that “the bold action” of passing the package boosted the economy.

“Because of that law, more than 167 million of those rescue payments of up to $1,400 have gone out to individual families,” Biden said. “A recent study, the Census Bureau data, found just how much these checks mattered. They drastically reduced depression, according to the study, anxiety and hardship for families.”

His remarks come as there is intensified debate over the effects of the enhanced federal unemployment benefit. While Biden was definitive last month that the benefits impact on the jobs numbers were “nothing measurable,” the White House repeatedly refused to say whether they still agree with that on Friday, instead pointing to the temporary nature of the benefits.

“That program was designed as a temporary lifeline. The U.I. program itself provides a critical support network – to the American people and the American economy. And the temporary boost is slated to now expire in 90 days. And as the president said, that’s appropriate,” National Economic Council Director Brian Deese said during a press briefing.

“The U.I. benefits haven’t even been pulled back in any state. So it’s a question I’m sure we can have a discussion about in the next couple of months as we see what the impact is on different states or if that’s a factor,” Psaki said.

Psaki was pressed by reporters Friday about why administration officials couldn’t repeat Biden’s unequivocal view that the benefits were not impacting employment if there have been no major changes in the last month, and Psaki said “if we had that concern we would be ending them, we’re not.”

Psaki also noted that the White House continues to believe millions of people out of work would benefit from the extra, temporary money through September.

Biden stressed that now is not a time to let up in terms of economic growth, touting his $1 trillion infrastructure proposal and his $1.8 trillion family proposals.

“Because while progress is undeniable it is not assured. That’s why I propose the American Jobs Plan and the American Family Plan for generational investments,” Biden said. “We need today, we need to make those investments today to be able to continue to succeed tomorrow.”

Biden expressed optimism about the economic progress but added a note of caution.

“As we continue this recovery, we’re gonna hit some bumps along the way, of course that’ll happen. We can’t reboot the world’s largest economy like flipping on a light switch,” Biden said. “There’s going to be ups and downs in jobs and economic reports.”

Junior doctors in AP to boycott duty from June 9