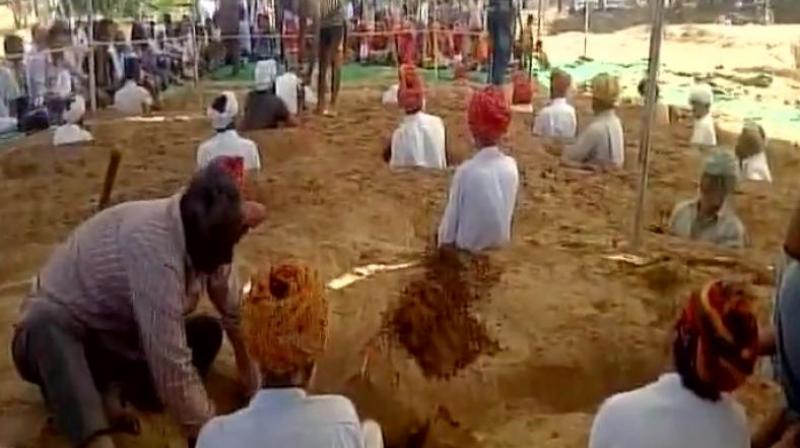 KAKINADA: The special chief secretary to industries and commerce, R Karikal Valaven, has advised the revenue and Kakinada Special Economic Zone (KSEZ) officials to start the process of returning lands to farmers in KSEZ Area from Tuesday.

He alongside agriculture minister K Kannababu and district collector D Muralidhar Reddy convened a meeting with the KSEZ officials and farmers on Tuesday.

Valaven said 1,357 acres of land out of 2,180 acres should be given back to the owner famers. For the remaining 823 acres, the revenue and KSEZ officials should show alternative lands to farmers.

The process should be done as per the 2007 land awards and the original assesses. The non-objectionable and non-litigation cases should be handled as early as possible. If any objection is raised, they should make field visits and sort out the issue.

Kannababu said that, for the first time in the country, chief minister Jaganmohan Reddy has taken a historical decision on giving back the acquired lands to the farmers. Other states are also pursuing the same line in sorting out the SEZ problems by adopting the AP formula.

The superintendent of police was advised to lift the criminal cases on the KSEZ farmers. Some 74 per cent of the jobs in the KSEZ would be given to locals and they would be given training in skill development at Moolapeatt.

He said the government would pay Rs.10 lakh per acre as compensation to the farmers as regards 657 acres in Kona area in Thondangi mandal. The revenue officials should complete the land acquisition process within 15 days.

Giving clarification on the queries of the KSEZ farmers, district collector Muralidhar Reddy said the lands, the records of which were published in the gazette, would be considered as government land. Due to the giving back of the lands to the farmers with registrations, no problem would arise in future as regards the rights of the farmers.