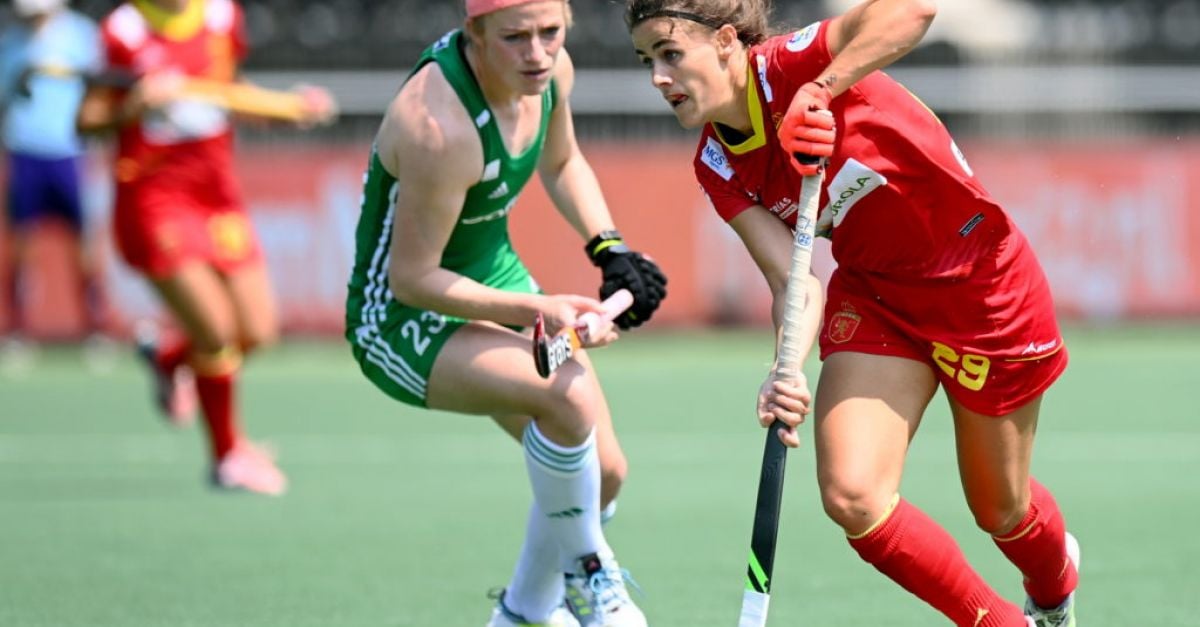 The Irish hockey team but in a strong performance to draw with Spain, but the Spaniard’s goal difference kept their medal hopes alive and sent Ireland tumbling into the play-offs.

A penalty-corner from Roisin Upton early in the game had things looking good for the girls in green, however Begona Garcia’s equaliser quickly brought Sean Dancer’s side back down to earth.

A tough one to take but this is still very much a live tournament for @IreWomenHockey; fifth place is the next target with a World Cup ticket still available.

Next game pencilled in for 10.30am (Irish time); opponent to be confirmed! pic.twitter.com/4a59EdHvz6

The game stayed 1-1 to the final buzzer, with Spain doing little more than was needed to qualify out of Pool A alongside the Netherlands.

Qualifying for the semi-finals will also guarantee Spain a place in the FIH Hockey World Cup, while Ireland now must secure 5th place to earn their spot in next year’s tournament.

Today’s draw will be disappointing for the Irish team, who beat Spain on penalties at the 2018 World Cup, ultimately going on to take second place.

Ireland now wait to learn who their next opponents will be, with the game scheduled to be played on Friday.