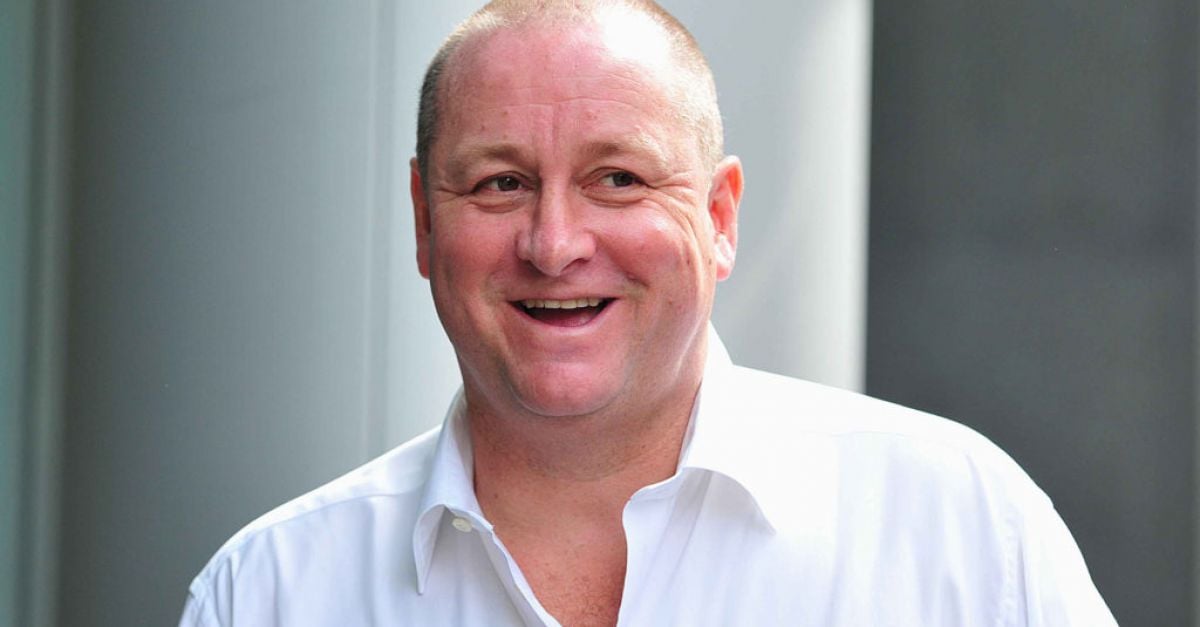 Newcastle owner Mike Ashley has drawn encouragement from the Premier League’s decision not to call for Saudi Arabia to be kept on the American government’s piracy watchlist this year.

Ashley remains determined that a £300 million (€347.6 million) Saudi-led takeover of the club should be allowed to proceed and is involved in arbitration over the matter with the Premier League.

Sources within the consortium say they remain committed to a takeover if the arbitration goes in the club’s favour.

Saudi Arabia’s Public Investment Fund (PIF) is the dominant 80 per cent partner in the consortium looking to buy Newcastle. The apparent link between the PIF and the Saudi state was widely reported as one of the key barriers to the takeover progressing last summer, in particular because of the country’s record on piracy. The PIF’s chair is Saudi Crown Prince Mohammed Bin Salman.

The Premier League described the Gulf kingdom as a “centre for piracy” in a submission to the US Trade Representative (USTR) in February 2020 and a World Trade Organisation report later that year said the Saudi government had facilitated the activities of now-defunct pirate network beoutQ.

However, in its latest submission to the USTR in January of this year, which has been seen by the PA news agency, the Premier League did not call for Saudi Arabia to be kept on the watchlist – even though fellow rights holders UEFA and LaLiga did.

The Premier League has declined to comment on the letter, which states the league had chosen in its 2021 submission to focus on copyright over the internet, calling for China to be kept on the priority watchlist and for Iraq and Hong Kong to be added to it.

Other sources say the league is no less angry about Saudi piracy and has not dropped its guard in any way, but Ashley’s camp has been encouraged by Saudi Arabia being left off the submission.

Though the Premier League states its focus is online piracy in its 2021 submission, the USTR’s Special 301 Report published at the end of April says it “continues to remain concerned about high levels of online piracy in Saudi Arabia”.

The report, which keeps Saudi Arabia on the US government’s priority watchlist, adds that illicit streaming devices “are widely available and generally unregulated in Saudi Arabia”.

However, the report did acknowledge some of the steps taken by Saudi Arabia in combatting piracy and intellectual property theft.

There remains no legitimate way to watch Premier League football in Saudi Arabia, with regional rights holder, Qatar-based beIN SPORTS, still barred from broadcasting in the country despite the ending of a blockade between the two nations in January.

The Premier League agreed a new deal with beIN in December last year covering the Middle East and North Africa region from 2022 to 2025. The deal is understood to be worth around £350 million (€405.6 million) over three seasons, with the broadcaster praising the league’s dedication in the fight against piracy as it renewed.

PA reported last summer that Saudi businessmen made a rival offer to the Premier League to screen matches there, on the basis that beIN was not recognised in Saudi Arabia. The offer was understood to have been rejected out of hand by the Premier League.

The consortium, fronted by Amanda Staveley’s PCP Capital Partners and also including the Reuben Brothers, withdrew from the takeover in July last year, blaming among other things the “prolonged process” after they had waited 17 weeks for approval.

Premier League chief executive Richard Masters wrote to Newcastle Central MP Chi Onwurah the following month to say that his organisation had made “a clear determination” in June 2020 of the entities involved in the takeover and had sought additional information.

Masters said the consortium disagreed that one of the entities the Premier League had identified would fall within the criteria, and that the league then offered to have the matter determined by an independent arbitral tribunal.

The matter is now the subject of arbitration proceedings, with Ashley instructing lawyers last September. Documents related to a separate Competition Appeal Tribunal (CAT) claim by St James Holdings Ltd against the Premier League stated that the arbitration was due to start in July.

The Premier League has until Friday to respond to the CAT claim.