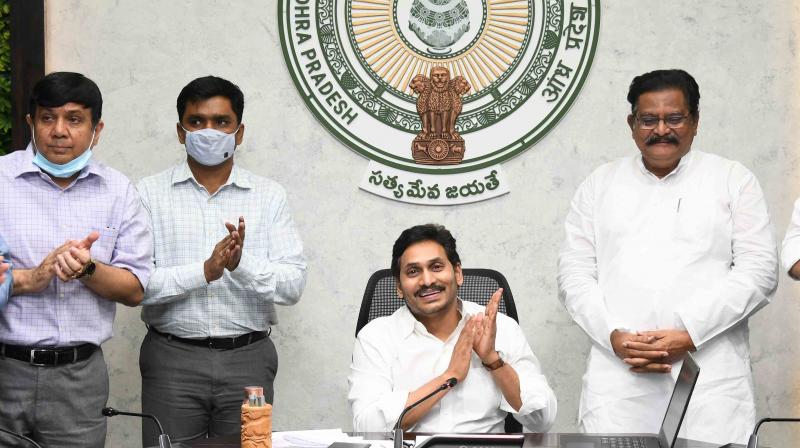 KAKINADA:  The welfare schemes introduced by Chief Minister Y.S. Jagan Mohan Reddy are helping to achieve empowerment of the poor by securing their livelihoods in the state, said Molleti Saraswathi  from Kirlampudi village in East Godavari district.

Interacting with the Chief Minister during the launch of Jagananna Thodu scheme which credited Rs 10,000 each as interest-free loans to small traders, Saraswathi said she was running kirana business and she used to borrow money towards working capital at high interest rates. Burdened by high-interest rate, she even contemplated closing it down and that was when Jagananna Thodu scheme came as a godsend.

The beneficiary said that during the Covid-19 pandemic period, the assistance would of great help to the small-time traders. She also said she bought a sewing machine under the YSR Asara scheme which has given Rs 13,000 to her, and her mother-in-law gets YSR Cheyutha, her father-in-law gets a pension, and her two children are studying in government English medium school. Her family is getting other benefits also. She said Jagan Mohan Reddy was making the dreams of poor people like her come true.

District Collector D. Muralidhar Reddy said that interest-free loans under the scheme would help poor families. An amount of Rs 23.24 crore was deposited in the accounts of 23,241 beneficiaries in the district in all categories.

Agriculture Minister K. Kannababu said that the CM had been implementing 29 welfare schemes for the benefits of the poor for the past two years without diluting his poll promise.

BC welfare minister Ch. Srinivasa Venugopala Krishna said that the CM was striving for the empowerment of the poor in the state by implementing welfare schemes with a calendar mode. Joint Collectors G. Lakshmisha and G. Rajakumari were present.