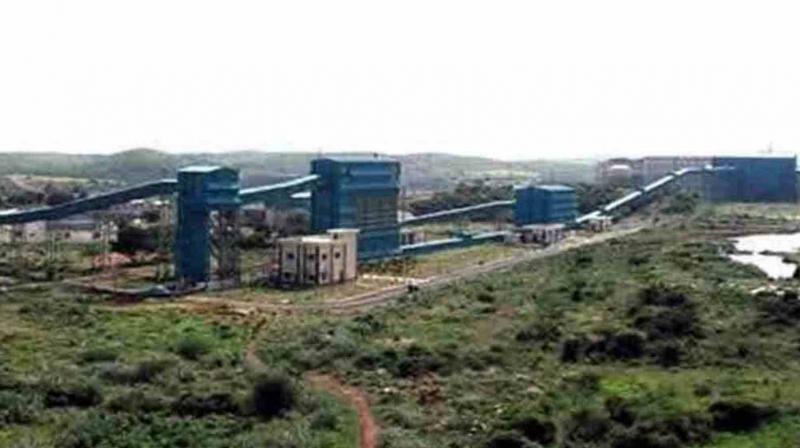 Kadapa:  Effluents released by the uranium industry are causing immense harm to the standing crops and resulting in pollution of groundwater table, too. In wake of heavy rains, the uranium waste tailing pond brimmed over and spilled into adjacent sumps and flowed directly into agriculture fields.

The water containing the highly polluting and dangerous uranium waste is said to have entered the Pendluru pond through rivulets.

Environmentalists are very much concerned that if the water seeps into the ground, boreholes in the region would be contaminated, causing serious health issues for people. People in Vemula, Vempalle and Veerapunaipalle mandals face a grave threat if the tailing pond is not constructed as per regulations.

Investigations by Atomic Energy Agency revealed that there are 48 million tonnes of uranium reserves at M. Tummalapalli village in Vemula mandal in Kadapa district. Uranium Corporation of India Limited, after talks with the then Y.S. Rajasekhara Reddy government, set up a crude uranium refinery in November 2007.

The factory has a capacity to refine 4,500 tonnes of crude uranium per day. The waste generated in the process is sent to a tailing pond constructed near Kottala village. From there it is sent to sumps, refined and reused for industry purposes. In 2018, banana orchards in Kottala, Kanampalle and Mabbuchinthalapalle villages were severely damaged due to chemical waste leaking into agricultural boreholes.

UCIL Chairman inspected the crops as MP Y.S. Avinash Reddy was concerned that compensation should be paid to the affected farmers at that time. Subsequent appeals revealed that only a handful of farmers had been compensated. Farmers, community leaders and environmentalists are concerned that the tailing pond was constructed without any precautionary measures.

Jayashree, a member of the State Human Rights Forum, told the Deccan Chronicle that crops are being damaged by the impact of the tailing pond leakage. Now, a greater is worry is direct discharge of wastewater into the fields. She said that although they repeatedly complained about negligence of the pond, no report was submitted so far by the UCIL. She said that the Human Rights Forum even lodged a complaint with the Andhra Pradesh Pollution Control Board (APPCB). She demanded compensation for all the farmers who lost their lives due to the tailing pond waste water. Pulivendula TD leader Bhumireddy Ramagopal Reddy told the Deccan Chronicle that UCIL was acting with complete negligence in the matter of conservation of agricultural lands. He alleged that uranium-affected villages could not be fully supplied with protected water. He demanded that adequate compensation be paid for the loss of current agricultural crops.

A UCIL official said he did not expect such heavy rain. He said small tanks were set up here and there to store rainwater. He said the tailing pond overflowed due to heavy rains and flowed into the sumps and into the nearby fields. It was revealed that steps would be taken to prevent this from happening in the future.