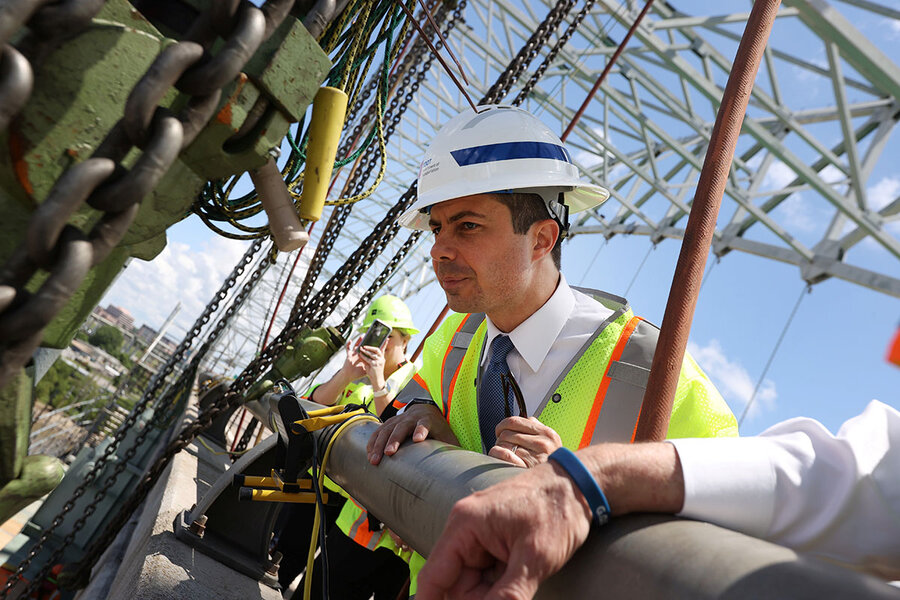 America’s roads, bridges, dams, railroads, and so on are getting new attention as Washington wrangles over how to maintain and upgrade facilities vital to the nation. Much of the focus of negotiations between the Biden administration and Senate Republicans has been over how much to spend. Underlying that debate is a question of values: what America should look like in 50 years in terms of concrete and steel, electrical cable and internet fiber. Should it prioritize economic growth? The environment? Equality of opportunity for racial and ethnic groups or for rural versus urban populations?

There are no easy answers. Needs differ by location. States and localities, which own 90% of the nation’s infrastructure and fund 75% of its maintenance and upgrading, will play a large role in deciding where and how the money is spent. The future of transportation looks especially cloudy right now as the U.S. seems poised to make several technological and socioeconomic leaps: from autonomous driving and the electrification of cars to the rise of delivery services and new, post-pandemic work-at-home arrangements.

What the federal government can do with a surge of spending is tilt those decisions in a certain direction. And the Biden administration is tilting hard. In March, it released the American Jobs Plan, an eight-year, $2 trillion proposal to not only fix roads, ports, and inland waterways, but also battle global warming, modernize child care facilities, raise benefits for home health care workers, boost manufacturing, and secure supply chains – areas traditionally outside the scope of infrastructure. Critics call it an overly expensive big-government wish list. Backers call it visionary.

“We’ve never had an infrastructure bill that would be this big and involve this many sectors,” says Kevin DeGood, director of infrastructure policy at the Center for American Progress in Washington. “The Biden American Jobs Plan is a very top-line vision for trying to reorient this broad set of federal expenditures towards [addressing] climate change, equity, [and] inclusive prosperity. But how that actually gets translated into legislation really, really matters.”

Most everyone agrees there’s a problem. After the big interstate- and airport-building era in the last half of the 20th century, the great need today is maintenance. Federal agencies report that more than half of public schools need to be repaired, renovated, or modernized, and nearly 1 in 5 of the nation’s roads are in poor condition. The nation’s 2.2 million miles of underground pipes are so old they average a water main break every two minutes and lose some 6 billion gallons of drinking water every day, according to the American Society of Civil Engineers. Overall, the ASCE gives the nation a C-minus in its latest report, which is actually an improvement, marking the first time in 20 years that the U.S. didn’t earn a grade in the D range.

But much remains to do, the ASCE says. Various estimates put the backlog of maintenance at around $1 trillion.

A vision beyond just repair

Building political enthusiasm around maintenance is never easy, which may explain some of the rationale for the White House pitching its plan as a boost for jobs, green initiatives, and racial equity. “You are not going to attend a ribbon-cutting ceremony for having refurbished something that already exists,” says Ramesh Ponnuru, a conservative columnist and visiting fellow at the American Enterprise Institute in Washington, who spoke at an AEI online briefing last week.

For weeks, President Joe Biden and a group of Senate Republicans led by Shelley Moore Capito of West Virginia tried to find a bipartisan compromise. The two sides, for example, quickly backed the idea of funding high-speed internet broadband for disadvantaged urban neighborhoods and remote rural communities, where it’s currently not available. But on Monday the president ended those talks because on some issues, notably the taxes to fund the program, the two sides were too far apart.

Now, a bipartisan group of senators is working to craft its own proposal, while congressional Democrats also weigh efforts to pass a bill without Republican votes.

With a razor-thin edge in the Senate, it might prove difficult to pass big spending bills. But what money can’t accomplish, perhaps innovation can.

On the funding side, for example, a change to “design-build-operate-maintain” contracts would require that the state or local government take maintenance costs into consideration on contracts, because the company that builds the project would also have to maintain it. “I call it the quiet revolution,” says Rick Geddes, a visiting scholar at AEI who also spoke at last week’s online briefing.

Era of change in transportation

Experiments are also going on in relieving urban traffic congestion without building more lanes of road. For example, the rise in home-delivery of food and goods means fewer consumers on the road but more delivery vans. Research has shown that half of the trucks making deliveries downtown park in unauthorized spots, clogging driving lanes and causing more congestion. Also, about 80% to 90% of delivery drivers’ time in urban areas is spent on the last 50 feet of a delivery, where drivers on foot are searching for the right address, riding elevators, and so on.

Anne Goodchild, founding director of the Supply Chain Transportation & Logistics Center at the University of Washington, is experimenting with a parking app, common carrier lockers, and microhubs to reduce that time – and thus reduce congestion. Preliminary results suggest the lockers alone could cut drivers’ time in a building by 35% to 75%.

Bigger transportation innovations could also spark changes that would make travel more efficient. “For most of the last 200 years, transportation has changed radically over a period of decades,” says Edward Glaeser, a Harvard economics professor. But from 1970 to 2020, “we really have lived through a remarkably slow period.” Now, high-speed autonomous buses in special lanes might be able to move passengers over medium distances, such as from Chicago to Milwaukee, without all the expense of creating high-speed rail, he adds.

Back in Norfolk, Mayor Moenning banded together with other mayors late last year to push the state for better ways to fund highways. As a result, the state Legislature approved money to turn approximately half of the two-lane U.S. 275 into a four-lane highway.

Additional federal money could mean even more roadwork ahead. “I just hope that at this point we go beyond talking about infrastructure and actually do something,” he says.