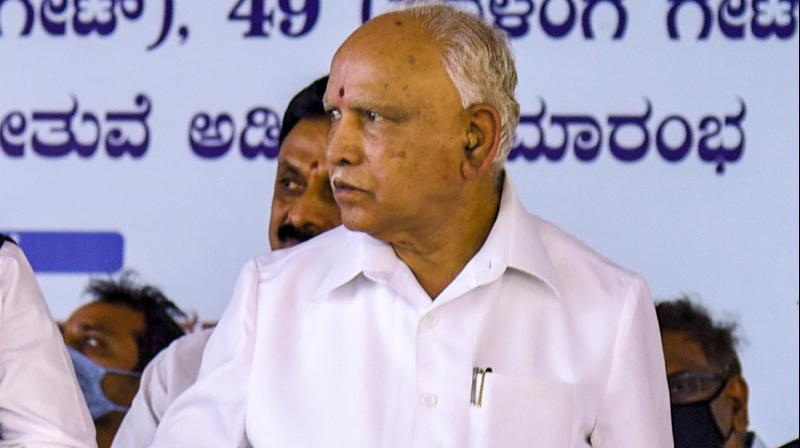 Hassan: BJP national general secretary Arun Singh's statement ruling out his replacement has given him "more strength", Karnataka Chief Minister B S Yediyurappa said on Friday and asserted that he will work for the development of the state during the remaining two years of the term.

The 78-year-old Lingayat strongman also said his responsibility has increased because of the trust shown in him by the BJP high command.

"Arun Singh who is Karnataka in-charge has said that there is no question (of leadership change).. it doesn't arise and that Yediyurappa will remain (CM) for the next two years and complete the term– where does that question arise," Yediyurappa said in response to a question.

Speaking to reporters after a review meeting with officials and public representatives from the district, he said, "it has been clarified that Yediyurappa will continue for the remaining two years and with the cooperation of everyone I will focus on development and tour across the state, and will make honest efforts to do a good job."

Amid speculation about leadership change in Karnataka, Singh, who is BJP's national general secretary in-charge of the state, on Thursday had ruled out replacing the Chief Minister and asserted that Yediyurappa will continue in the top post.

Yediyurappa, in response to a question, said that Singh's statement has given him "more strength".

"Hundred per cent, when our Karnataka in-charge has said there is no change for the remaining two years and good work is happening under my leadership, my responsibility has increased.I will put more effort and honestly work for the next two years, and try to live up to the trust shown in me by PM Narendra Modi and Amit Shah (Home Minister)," he added.

Speculation has been rife for some time now that efforts were on, by a section of the ruling BJP to exert pressure for unseating Yediyurappa. Some BJP legislators are said to be pushing for convening a legislature party meeting, citing some decisions taken by the government, its functioning, handling of the COVID crisis and alleged instances of corruption, among others. Amid speculation, Yediyurappa had recently said he will continue in the top post as long as the BJP high command has confidence in him, and he had no confusion about it.

Earlier too there has been intense speculation in some quarters that the BJP high command is mulling leadership change in Karnataka in the days to come considering Yediyurappa's advancing age.

Though the BJP had officially rejected outright such speculation in the past, it refuses to die down, with some within the party like senior MLA Basanagouda Patil Yatnal giving credence to it with his statements, setting repeated deadlines for Yediyurappa's exit.