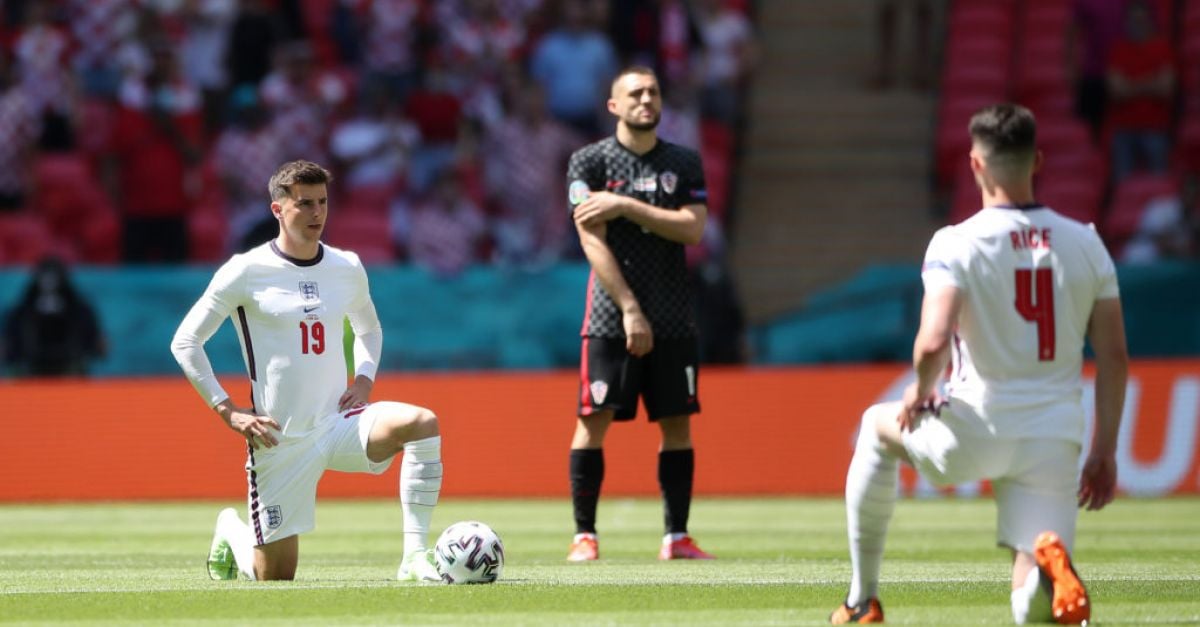 A minority of England fans once again defied calls not to jeer the players as they took the knee before kick-off in the Euro 2020 clash with Croatia.

But those requests fell on some deaf ears, with an audible round of jeers from some of the expected 22,500 crowd — although cheers from the vast majority soon drowned them out.

The Croatia national anthem was also booed and the reaction followed on from jeers at the two warm-up games played at Middlesbrough’s Riverside Stadium — only this time the whole continent was watching as England fans returned to Wembley for the first time since November 2019.

Southgate said last week that he would not allow his players to continue to be questioned about the knee and the subsequent reaction once the tournament got under way.

A UEFA spokesman told the PA news agency ahead of the game the governing body cannot punish any nations whose supporters do react to the gesture.

“UEFA has a zero tolerance against racism and any player who wants to demand equality amongst human beings by taking the knee will be allowed to do so,” he said.

“We urge spectators to show respect for teams and players taking the knee.