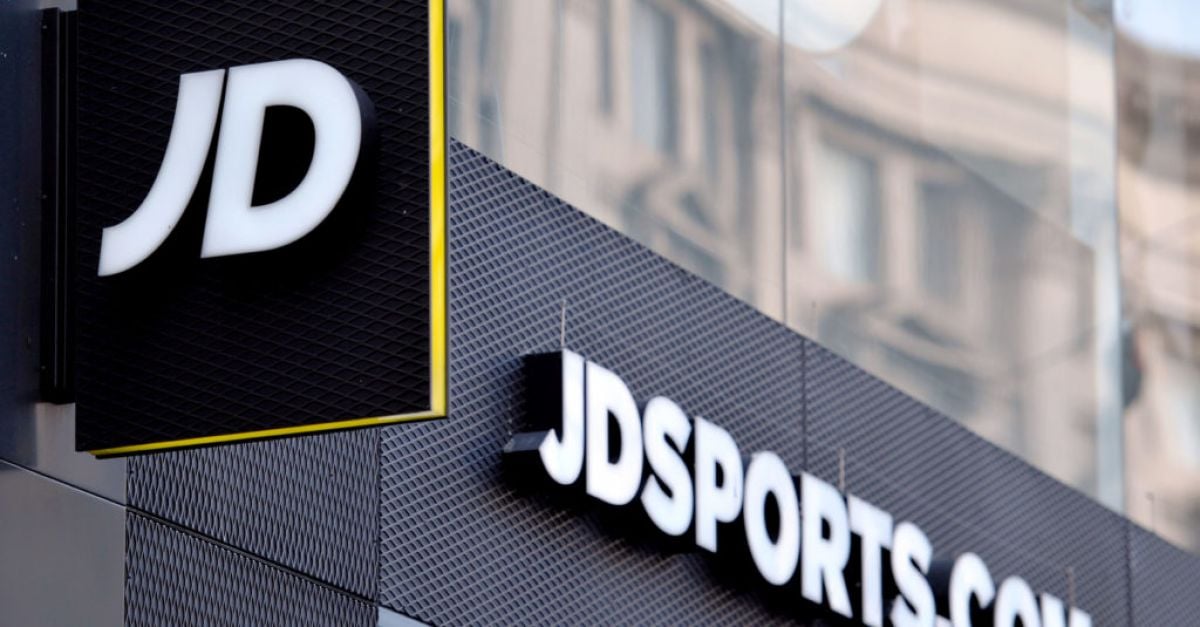 The chairman of JD Sports has said that shareholders “may well” vote against the £4.3 million (€5 million) bonus that the company is set to award him despite taking Government support to furlough its staff.

Peter Cowgill defended the payout, saying he had only received one long-term incentive payout in eight years.

Speaking to BBC Radio 4’s the World at One he said that shareholders could decide to vote against the bonus, something that advisory group Glass Lewis recommended in a recent report.

“They may well do that, but I’m just saying why would you when the company has progressed?” Mr Cowgill said.

He shot back at comparisons to non-essential retailers such as Primark and Penneys owner, who have paid back the money they claimed to keep staff on furlough.

“As we speak today we’re under pressure on the online.

“The online is a very small proportion of our income, the online in Asos is 100% of their income, so to compare them is absolutely ridiculous,” he said.

He said that Primark, which is owned by AB Foods, gets a lot of its money from selling essential goods.

The furlough scheme was designed to ensure that companies did not lay off workers during the pandemic while their businesses were forced to close.

The UK government has paid out more than £65 billion to support the scheme, which covered up to 80% of the salaries of furloughed workers.

Around £86 million of this went to JD Sports employees.

Mr Cowgill said: “The furlough payments, the furlough receipts were used for exactly what they were prescribed for.

“In other words we were a company that was non-essential, that was closed, we didn’t take any income, so you can glean from that the leaning from the overseas income.

“So we didn’t take that, we paid that out, we actually were very relaxed in terms of in the subsequent lockdowns in terms of very light on furlough.

“We used it to retain employment, we didn’t make redundancies.”