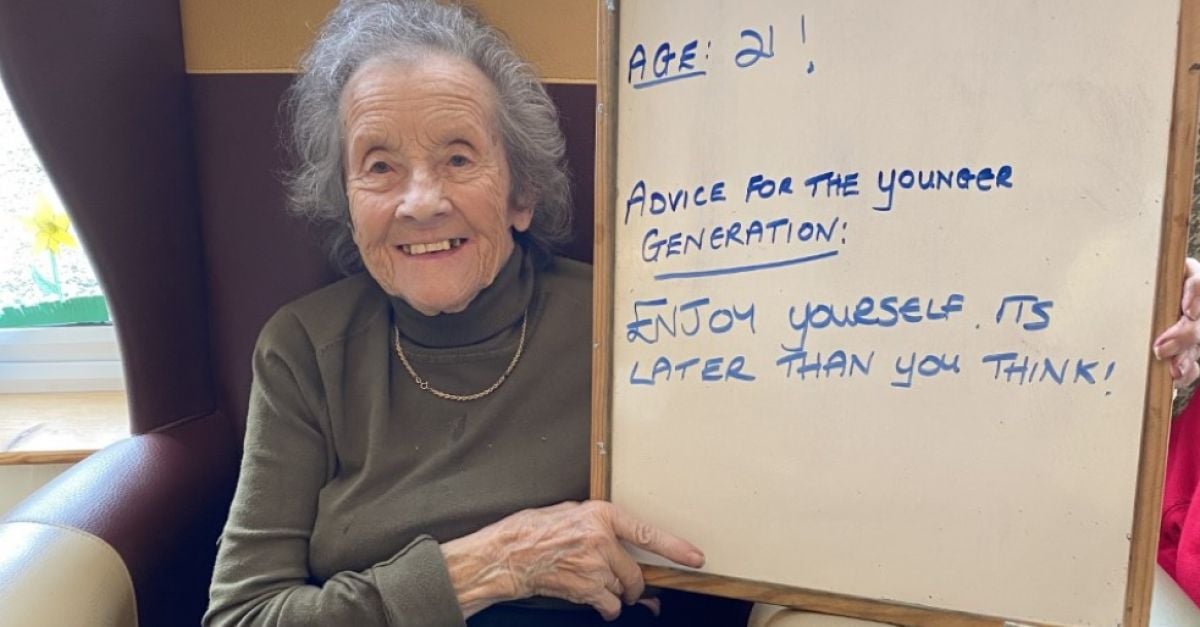 ‘Marry a rich man!’ is just one of the witty as well as insightful advice from elderly nursing home residents to the younger generation.

Over 60 residents of College View Nursing Home in Cavan got together to post their advice on the home’s Facebook Page at the weekend in an initiative which was started to ‘create conversations’.

The advice included telling the younger generation to travel more, have more confidence and be mindful that life passes all too quickly.

One resident Doreen Cullen urged others to keep out of trouble, surround yourself with good company and enjoy life while Helen Faulkner told people to do the lottery. Chrissy McCluskey said if she could turn back the years, she would make sure to go and see her idol Big Tom live in concert.

Meanwhile Nancy Cahill told everyone to ‘get off their bum and learn how to drive’ and Eleanor Smith’s wise musings was to ‘enjoy life as it’s later than you think’.

Other residents advised to go to the dance, be happy in your job, hop on that plane, be nice to everyone and be straight and honest.

Activity therapist at the nursing home, Lynn O’Reilly said the idea brought back a lot of memories for the 63 residents who age between 70 and 99 years old. “The idea was to get a conversation going and it did just that among the residents,” she said

“Most of the advice was from the wise looking back, but there were a few fun ones too, especially when some of the women urged the younger people to marry rich men. They had a bit of craic with it.

“It brought back a lot of memories and stories to them which they shared. Many remembered the year 1947 when thinking back because it was the year of the bad frost and the year that Cavan won the All-Ireland against Kerry in New York.” After a year of lockdowns during Covid-19 restrictions, Lynn said the residents were delighted to be returning to a ‘bit of normality.’

“It’s been a tough year for them but most people here are now vaccinated, so they are delighted to get a bit of normality again. We can sit that little bit closer to them now and all that is keeping their spirits up.”

“I’m only 27 but when you hear them telling you not to take time for granted, it really is thought-provoking and that’s the reaction we are getting back from people who see the posts on our Facebook page,” she concluded.