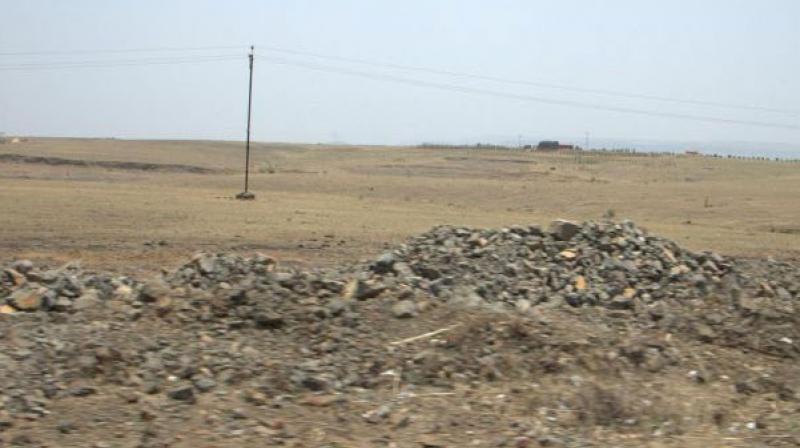 Visakhapatnam: Both the ruling and the opposition party leaders conveniently forgot the first special investigation team (SIT), constituted by the Chandrababu Naidu government, and the second SIT by the YSRC government.

It all began when the minister and TD politburo member Ch. Ayyanna Patrudu, addressing a public meeting, accused his ministerial colleague of helping his friends with land grabbing. This was followed by a series of allegations by former BJP MLA P. Vishnu Kumar Raju, who was the then floor leader of BJP in the Assembly. This forced Naidu to constitute a SIT to probe all encroachments,  but the final report never saw the light of day.

The YSRC government formed the second SIT with former IAS officer T. Vijay Kumar as the chairman. He submitted an interim report and is yet to submit the final report. “So much heat is being generated during demolitions and seizure of government lands but no leader has spoken about the SITs which could have shown ways to prevent land encroachments,” said a senior revenue officer.

Several leaders also opine that both TD and YSRC should demand publication of SIT, which could protect the lands – both private and public.

When asked, the minister for tourism, Muttamsetti Srinivasa Rao, also said the SIT report would be submitted and made public soon. “SIT would help us identify more land grabbing in Visakhapatnam,” he felt.

According to the SIT chairman, around 400 acres of government land was encroached by some individuals and key documents were tampered with.  They also identified around 20 revenue officials who played a key role in the encroachments.

The SIT will suggest to the government how to get back the land. It received a total of 1,380 petitions and of them 679 were referred to the tahsildars concerned who in turn returned 420 reports of which 342 were disposed of.

“The SIT report became handy for the YSRC leaders to indulge in land settlements. This report will also be shelved,’’ said the district vice- president of the TD, Pasarla Prasad.