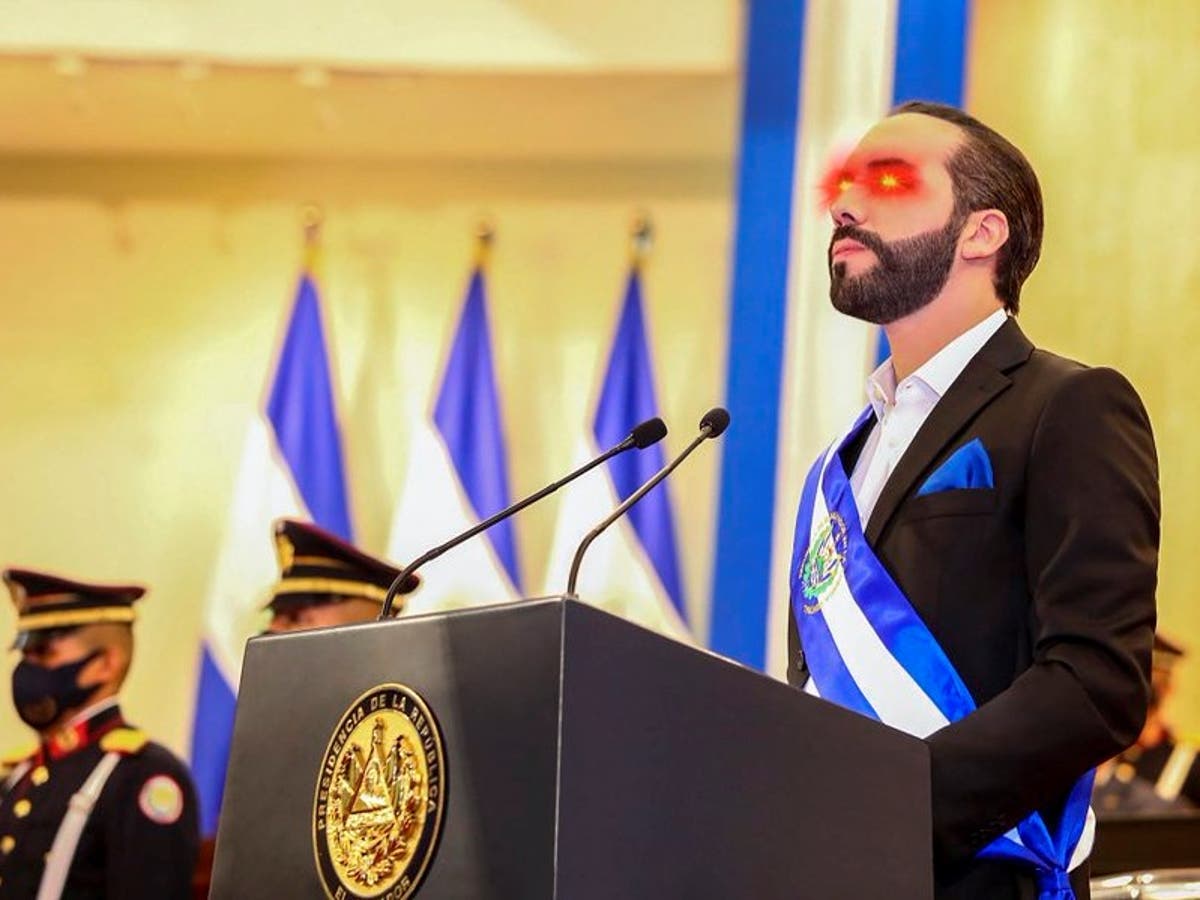 The president of El Salvador has declared bitcoin “legal tender”, allowing it to be used as an official form of currency in the country.

President Nayib Bukele is the first world leader to formally adopt bitcoin or any other decentralised cryptocurrency, and emphasised his enthusiasm for the digital currency by adding “laser eyes” to his Twitter profile picture.

This gesture, which was recently adopted by fellow crypto advocate Elon Musk, signifies his hope that the price of bitcoin will hit $100,000. It is currently trading at around $36,000 after falling from an all-time high above $64,000 in April.

President Bukele’s plan requires the backing of congress in the Central American country, which will consider the legislation next week.

Speaking at the Bitcoin 2021 conference in Miami on Saturday, President Bukele said: “In the short term, this will generate jobs and help provide financial inclusion to thousands outside the formal economy.”

He said that roughly 70 per cent of Salvadorans do not have access to bank accounts or financial services.

The news was welcomed by crypto industry figures, with some hailing it as one of the most significant milestone in bitcoin’s 12-year history.

Bitcoin pioneer Charlie Shrem, who was involved in the cryptocurrency’s early development, described it as a “major step towards hyperbitcoinization” that will further disrupt the traditional financial system.

“Few understand how disruptive the separation of money and the state will have on society,” he said.

Danny Scott, the CEO of crypto exchange CoinCorner, speculated that the move could have a “great” knock on effect for how bitcoin is treated in other countries.

“So in theory if El Salvador makes Bitcoin ‘legal tender’… This makes it a ‘foreign currency’ and will mean no capital gains tax on bitcoin in other countries,” he wrote on Twitter.