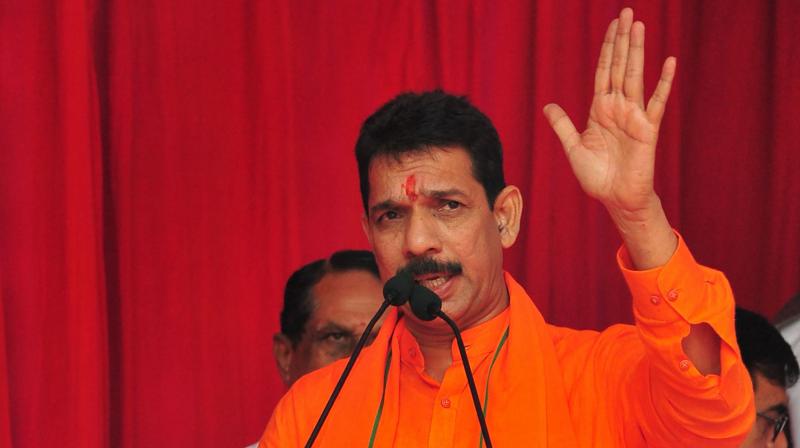 Mangaluru: A Twitter campaign demanding official language status for Tulu launched by various Tulu organisations on Sunday received support from politicians and the public in the coastal belt.

Launched with the hashtag #TuluOfficialinKA_KL, the campaign began from 6 AM on Sunday till midnight. The organisations, including 'Jai Tulunad', took up the campaign to urge both Kerala and Karnataka to declare Tulu as an official language.

Backing the campaign, Dakshina Kannada MP and BJP State president Nalin Kumar Kateel tweeted in Tulu saying, Efforts and talks are on to include Tulu in the eighth schedule. A few technical issues need to be sorted out. All efforts will be made to announce Tulu as official language during our tenure itself."

Former MLC Ganesh Karnik, in his tweet, said, Lets all be proud Tuluvas with our distinct identity, our unique culture, our entrepreneurship and all our all-inclusive live and let live philosophy of co-existence with people speaking many languages. Tulu language is our mother tongue. Every one of us want Tulu to get official language status, tweeted Vedavyas Kamath, MLA.

Mangalore city north MLA Bharath Shetty, in his tweet, said Tulu, the language of coastal Karnataka, has a rich oral tradition and historical, cultural significance. Dakshina Kannada district-in-Charge Minister Kota Srinivas Poojary tweeted saying he supported the demand of the people of Tulunadu to get special status for Tulu.

Tulu is not only a language but also a culture and tradition with a history of its own, he said. More than 2.5 lakh people tweeted in support of the campaign during the day.