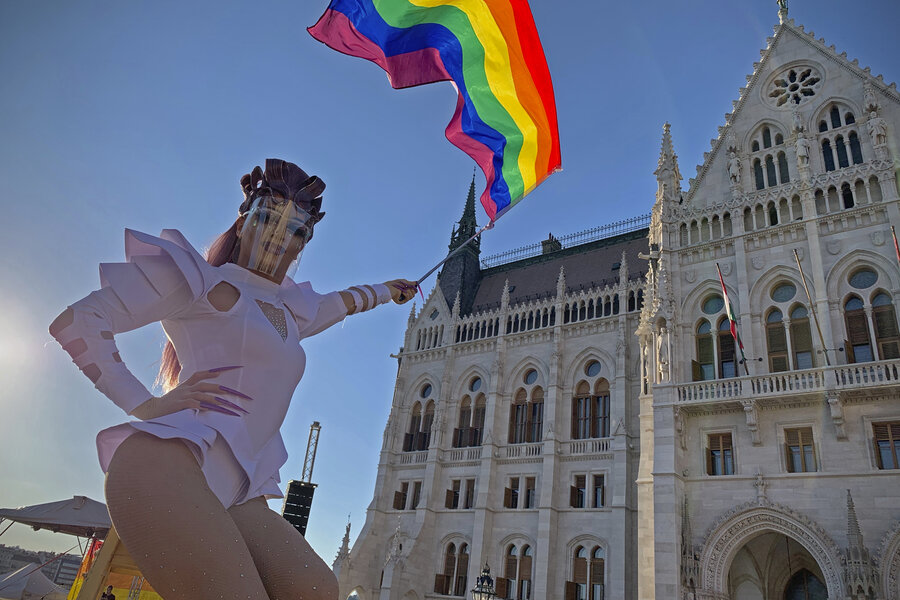 The European Union could impose funding restrictions on Hungary over legislation that bans the dissemination in schools of content deemed to promote homosexuality and gender change, the bloc’s equality chief told the Thomson Reuters Foundation on Tuesday.

Speaking shortly before Hungary’s parliament approved the ban, European Commissioner for Equality Helena Dalli said Brussels was prepared to take measures similar to those imposed on Polish regions that had declared themselves “LGBT-free.”

“The message is that if you don’t uphold the values of democracy or equality of the European Union, you are not entitled to take money for your project,” Ms. Dalli said in an interview by video call.

Asked if the EU was likely to impose similar sanctions on Hungary if the ruling party’s bill became law, Ms. Dalli said: “Yes, of course. Definitely.”

His Fidesz party tacked the proposal banning school talks on LGBTQ issues to a separate, widely backed bill that strictly penalizes pedophilia, making it much harder for opponents to vote against it and drawing strong criticism from rights groups.

The Hungarian government did not respond to a request for comment, but has said the ban on LGBTQ content was aimed at “protecting the healthy physical and mental development of children.”

A year ago, the EU withheld funding from a town-twinning scheme from six Polish towns that had passed motions rejecting what they call “LGBT ideology” or defending traditional family values.

Ms. Dalli said one Polish region had since reversed its policy because of the EU decision to withhold the funds.

“So we think that if we extrapolate that to what is happening in Hungary there might be also the same effect,” she said, adding that the EU would first examine the legality of any such move.

Evelyne Paradis, executive director of LGBTQ rights organization ILGA-Europe, who was also on the video call with Ms. Dalli, said Hungary’s ban on showing LGBTQ content to children under-18 was part of a worrying trend across the continent.

“Collectively in Europe, we’re still underestimating just how much using LGBTI as ‘others’ is still such a politically profitable thing across the region,” Ms. Paradis said.

However, Ms. Dalli, who was appointed as the first EU Equality Commissioner in 2019, stressed it was important to separate politics from public opinion.

She cited the recent demonstrations in Poland against the country’s anti-abortion laws as an example.

“Society will bring about change, and then the legislators will have to follow,” Ms. Dalli said.

A five-year initiative, the strategy is designed to “build a union where diversity is celebrated as part of our collective richness, where all people can be themselves without risk of discrimination, exclusion or violence.”

“What I hope to see from this strategy is that by the end of this [five-year] term, we will have come closer to a union of equality,” she said.

Hungarian and international companies including Google and ViacomCBS on Monday condemned proposals by Hungary’s ruling party to ban the dissemination of LGBTQ content in schools and advertisements, saying it would fuel discrimination and harm business.

“The bill would increase the discrimination and potential harassment against LGBT+ people of all ages,” said a joint statement by We Are Open, a coalition of companies co-founded by Google, and Open For Business, a global LGBTQ advocacy group.

“This is deeply troubling. In addition to having a detrimental impact on employees, enacting this bill would run counter to the interests of business in Hungary.”

Peter Arvai, co-founder and executive chairman of Hungarian presentation software company Prezi, said talented staff had left the country due to the ban on trans people changing their legal gender.

“When we recruit people from abroad, there isn’t an interview where the political situation in Hungary doesn’t come up,” Mr. Arvai said. “That wasn’t the case back in 2008 when we got started.”

He said that Prezi, which has 280 staff, 170 of whom are based in the capital, Budapest, had been expanding its Berlin, Riga, San Francisco, and Dublin offices instead.

“There is a real cost to creating a fearful and divisive environment,” he added.

Russia worries: Will US exit from Afghanistan bring back bad old days?