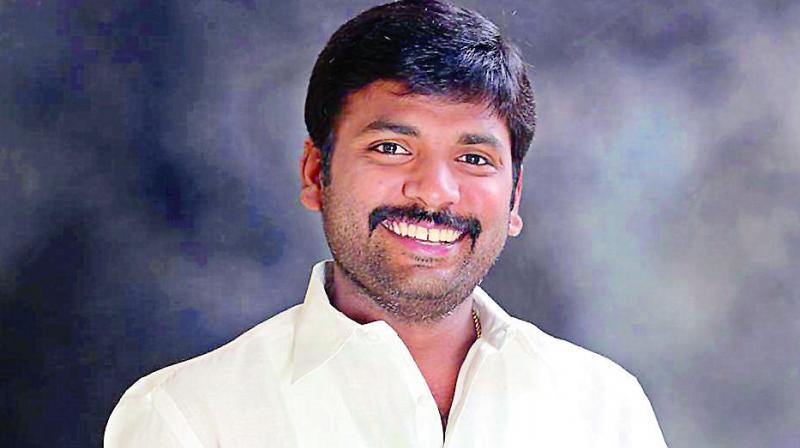 Addressing a press conference in Visakhapatnam on Monday, the minister said all parties must support the state government in reclaiming encroached lands from the illegal occupation TDP leaders.

Avanti Srinivas explained that TDP leaders with active support from former chief minister N. Chandrababu Naidu grabbed huge chunks of land in Visakhapatnam during TDP’s rule. He asserted that it is the responsibility of the government to keep Visakhapatnam safe from such encroachers.

“Chief Minister Y. S. Jagan Mohan Reddy does not discriminate between him, us, party and caste. Soon, the SIT report on Vizag land scam will be made public. Action will be initiated against all those involved in the land scam,” the minister declared.

He alleged that Chandrababu keeps himself busy only with conspiracies and intrigues against YSRC government to destabilise it. While the government is making efforts to reclaim encroached lands, the TDP chief and his son Lokesh are making false allegations that the YSRCP leaders are grabbing lands.

Avanti Srinivas said Telugu Desam leadership cannot deny that its leaders indulged in large-scale grabbing of government lands in Visakhapatnam. Even former minister and present politburo member Ch. Ayyanna Patrudu publicly came out against his own ministerial colleague and asked Chandrababu Naidu to initiate a probe into land encroachments.

Meanwhile, official spokesperson of YSRC and Anakapalli MLA Gudivada Amarnath pointed out that Chandrababu Naidu had been forced to constitute an SIT on insistence of Ayyanna Patrudu.

Addressing a press conference, he pointed out that a former collector had pointed out that land documents pertaining to one lakh acres of government land had disappeared during the super cyclone Hudhud that hit Visakhapatnam in 2014. “There was only a wind but no rain. Chandrababu Naidu must explain how the documents disappeared,” Amarnath stated.

He went on to allege that as Naidu had slept in a bus in collectorate for over a week after Hudhud hit the coast, he will have a better knowledge about the missing documents.