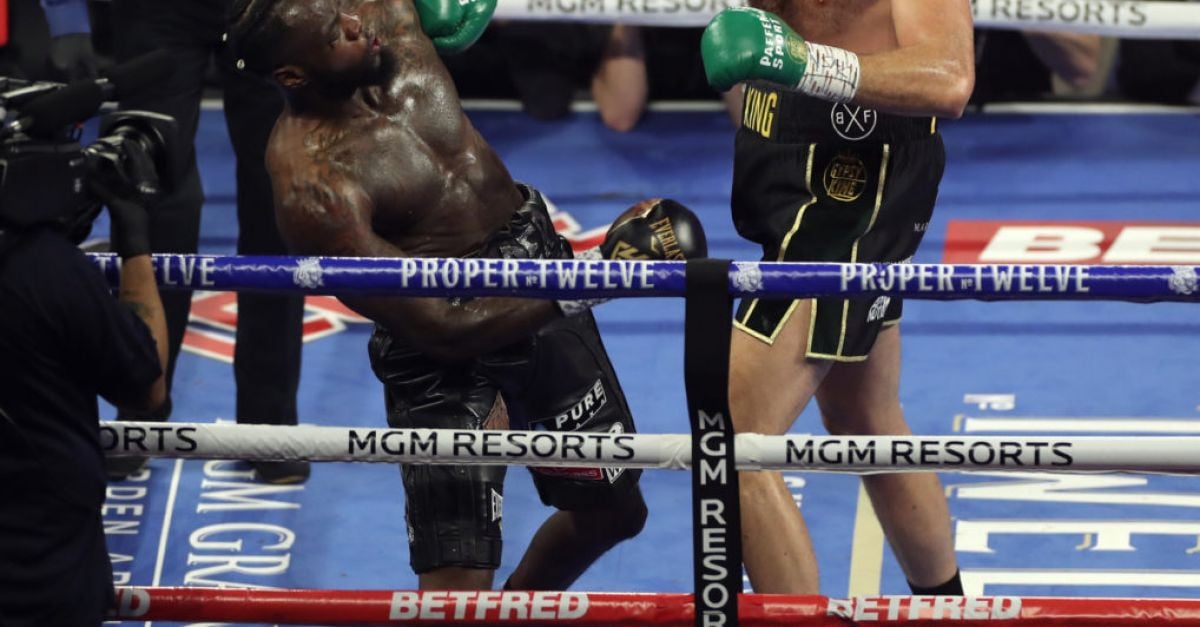 Tyson Fury vowed to run over “one-trick pony” Deontay Wilder when they clash for a third time in Las Vegas on July 24 after the American threatened to cut off his rival’s head before going silent at their pre-fight press conference.

Fury (32) had looked set to be heading into an all-British heavyweight showdown against Anthony Joshua in August.

However, a legal ruling in the United States wrecked those plans, with an arbitration hearing upholding claims from Wilder that he was contractually owed a third fight with WBC champion Fury.

Joshua will now face Oleksandr Usyk in September, while Fury meets Wilder in their trilogy contest, which has been confirmed for the T-Mobile Arena in Las Vegas.

The two fighters faced off on Tuesday during a press conference in Los Angeles as the promotion for their trilogy showdown stepped up a gear.

While a shirtless Fury had made a grand entrance, Wilder instead opted for the silent approach, sitting with headphones on and dark sunglasses next to new trainer Malik Scott.

When he did take the microphone for some opening comments, the Bronze Bomber kept things short, but certainly not sweet.

The American said: “I would like to thank my Lord and saviour Jesus Christ, my amazing team and my strong legal team as well.

“Look, enough said. Time to cut off his head. Come July 24th, there will be bloodshed. Get your tickets now. I will see you soon.”

That was the only statement made by Wilder, but Fury was only too happy to share his thoughts.

“All this bloodshed stuff, not so certain. Heard it all before, to be fair,” replied Fury, who stopped Wilder in the seventh round during February 2020, their first showdown having ended in a controversial draw.

“He said this last time – decapitation, bloodshed all that, and we all know what went down there.

“I look forward to the challenge. I hope he’s going to bring something different than the last time.”

On Wilder’s silent approach, Fury added “It shows how weak of a mental person he is, and how much the beating in the last fight took from him emotionally in his life.

“Obviously he’s doing his little thing with his earphones on, and doesn’t want to answer any questions. That’s up to him, but I’m here to promote a fight.”

Fury added: “Deontay Wilder’s a one-trick pony, he’s got one-punch power. We all know that.

“What I am going to do this time is to run him over like I’m an 18-wheeler (truck) and he is a human being.

“I guarantee he does not go past where he did before. I’m building my weight up, I’m trying to get up to 300lbs for this fight, because I’m looking for a big knockout straight away.

“I don’t believe he’s mentally, physically, or emotionally involved in this fight.

Fury also took time to reflect on the change of focus from a showdown with Joshua.

Since the breakdown of plans for their scheduled contest on August 14, there have been plenty of words between the two rival camps – Joshua having labelled Fury a “fraud” during a spat played out in public on social media.

“But I always said you are never fighting anybody until you are in the ring opposite them, so it wasn’t very hard for me.

“I never started training, I was not in training camp while all these negotiations were going on, so it was what it was.

“It is going to be Deontay Wilder, it is his turn again, let him get another good hiding and we will see if he wants a fourth rematch after this one, then maybe his seventh or 10th – who knows, it might go on forever.”

The fighters’ face-off looked like it might just do that as they stared each other out for around six minutes.

Wilder eventually had enough, put his sunglasses on again and walked away in silence – which left Fury’s team to cheer loudly, shouting “we won”.