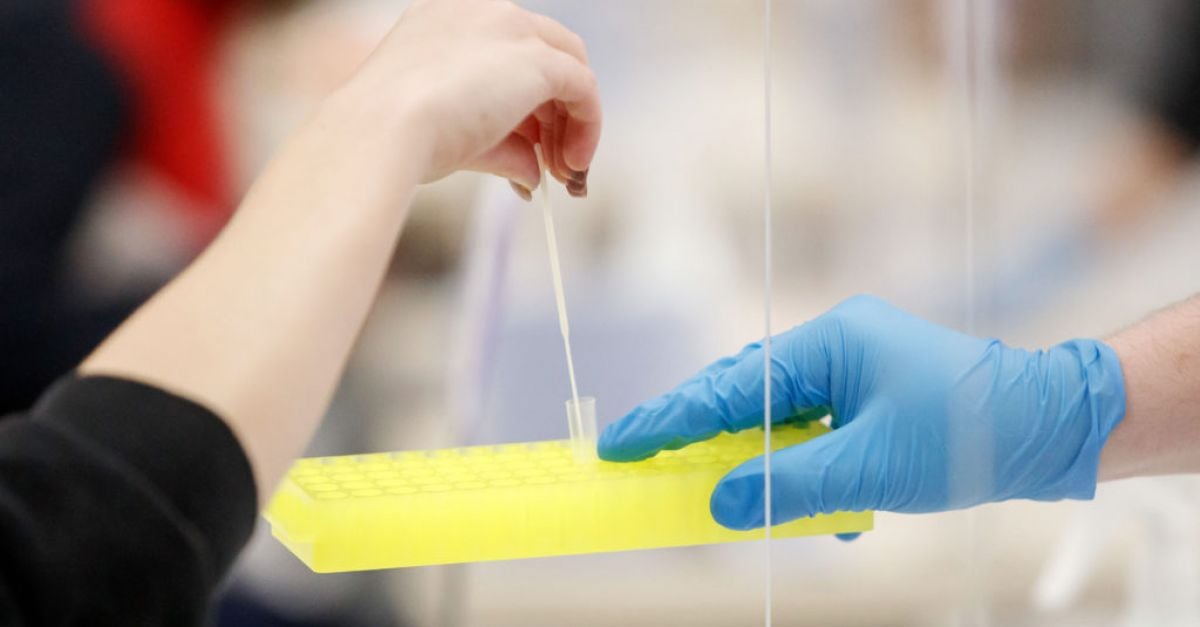 Covid-19 cases are “rising exponentially” across England driven by younger and mostly unvaccinated age groups, according to scientists tracking the epidemic.

A study commissioned by the British Government found that infections have increased 50 per cent between May 3rd and June 7th, coinciding with the rise of the Delta coronavirus variant which was first detected in India and is now dominant in the UK.

Data from nearly 110,000 swab tests carried out across England between May 20th and June 7th suggests Covid-19 cases are doubling every 11 days, with the highest prevalence in the North West and 1 in 670 people infected.

The data comes as MPs approved the extension of coronavirus restrictions in England until July 19th, although UK Prime Minister Boris Johnson suffered a major rebellion from members of his own party over the delay.

The prime minister was spared a defeat as Labour backed plans for a four-week delay to the end of lockdown measures, aimed at buying more time for the vaccine programme.

MPs voted 461 to 60, a majority of 401, to approve regulations delaying the easing of the measures.

The experts from Imperial College London said their findings show a “rapid switch” between the Alpha (Kent) variant, which first appeared in the UK in September 2020, and the Delta variant in the last few weeks, with the latter accounting for up to 90 per cent of all coronavirus cases.

But they stressed that the country is in a much different position than autumn last year when an exponential growth triggered a second wave of coronavirus infections.

Stephen Riley, professor of infectious disease dynamics at Imperial and one of the study authors, said: “Prevalence is increasing exponentially and it is being driven by younger ages.

He added: “And it appears to be doubling every 11 days.

“Clearly that is bad news… but the key thing to point out here is that we are in a very different part of the epidemic in the UK and it is very difficult to predict the duration of the exponential phase.”

The scientists said their findings from the React study suggest that imminent expansion of the vaccine programme to those aged 18 and above “should help substantially to reduce the overall growth of the epidemic”.

Study author Paul Elliott, director of the React programme and chair in epidemiology and public health medicine at Imperial, said: “I think we can take quite a lot of comfort from the fact that when we look in the details, it does appear that there is very, very good protection in the older ages, where there is virtually everyone double vaccinated.

“And in the younger group under the age of 65, where a much smaller proportion have been vaccinated or double vaccinated, most infections are occurring in the unvaccinated group.

“And the Government has clearly announced that they want to vaccinate all adults in the period between now and July 19, I think that will make a very big difference and increase the total amount of population immunity.”

The research, which has been published as a pre-print an online server, shows the bulk of infections is being driven by children aged between five and 12, as well as younger adults aged between 18 and 24.

Infections in these age groups around five times higher when compared to those over 65, the researchers said.

Data showed that the “weakened link” between infection rates and hospital admissions was “well maintained” for those aged 65 and above, while “the trends converged below the age of 65 years”.

Prof Riley said: “We have observed this reconvergence in the pattern of hospitalisations and deaths versus infections, especially in an age group under 65.

“These patterns are consistent with two vaccine doses being highly effective.”

Health and Social Care Secretary Matt Hancock said: “These findings highlight the stark context in which we took the difficult decision to delay Step 4 of the road map out of lockdown.”

On Wednesday, Mr Hancock confirmed that care home staff will be required to have coronavirus vaccinations “to protect residents”, and added that making jabs compulsory for people in the NHS is also being considered.

From October, subject to parliamentary approval and a 16-week grace period, anyone working in a Care Quality Commission-registered care home in England must have two doses of a Covid-19 vaccine unless they have a medical exemption, the Department of Health and Social Care said.

The requirement will also apply to people coming into care homes to do other work, such as tradespeople, hairdressers and beauticians, and inspectors.

There will be exceptions for family and friends visiting care homes, under 18s, emergency services and people undertaking urgent maintenance work, the department said.

Meanwhile, the Daily Mail has reported that the Government will consult on plans to make it legally impossible for employers to insist that staff attend their workplace unless they can show it is essential.

The reports were condemned by Labour, which criticised the Government for “failing working people time and time again” during the pandemic.

Deputy Labour leader Angela Rayner said: “As we emerge from this crisis, we cannot have one-sided flexibility that allows employers to dictate terms to their workers when it comes to flexible working arrangements.

“Instead of leaks and briefings the government must publish their proposals for office-based workers post July 19, and the starting point must be a strengthening of workers’ rights on flexible working so that workers are not pressured or blackmailed back into unsafe workplaces.”