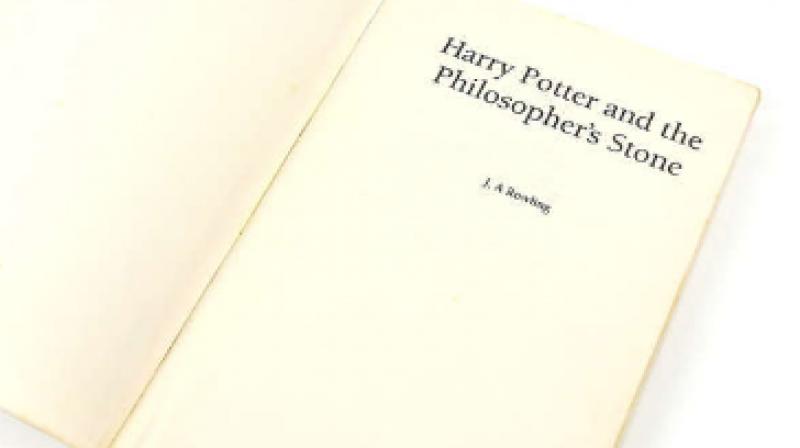 London: An extremely rare proof copy  of J.K. Rowling’s Harry Potter and the Philosopher’s Stone with a typographical error is being put up for auction and is currently at the hammer price of £26,000 or 26 lakhs (approx.)

Harry Potter and the Philosopher’s Stone is the first book in J.K. Rowling’s acclaimed and best-selling Harry Potter series. It features the adventures of Harry Potter, a boy wizard, and is the book that spawned the famous Wizarding World created by Rowling.

The book has a typo on the title page that misidentifies the author’s name as ‘J.A. Rowling’ instead of ‘J.K. Rowling’. As reported by the auction house Ewbank, it has been stated that the book is one of the only 200 trial copies that was printed to be reviewed by the publisher Bloomsbury- the publishing house that debuted the Harry Potter Series in the United Kingdom- before the book’s official release on June 26, 1997.

Versions of the book with other typos have been auctioned off for high prices before as well. As reported by the Independent, 500 copies of the first edition of Harry Potter and the Philosopher’s Stone contains an error where in the list of school supplies Harry needs for Hogwarts, item “1 wand” is listed twice. One of these copies was auctioned off in London, with an estimated worth between £15,000-20,000 or ₹15 lakhs to ₹20 lakhs.