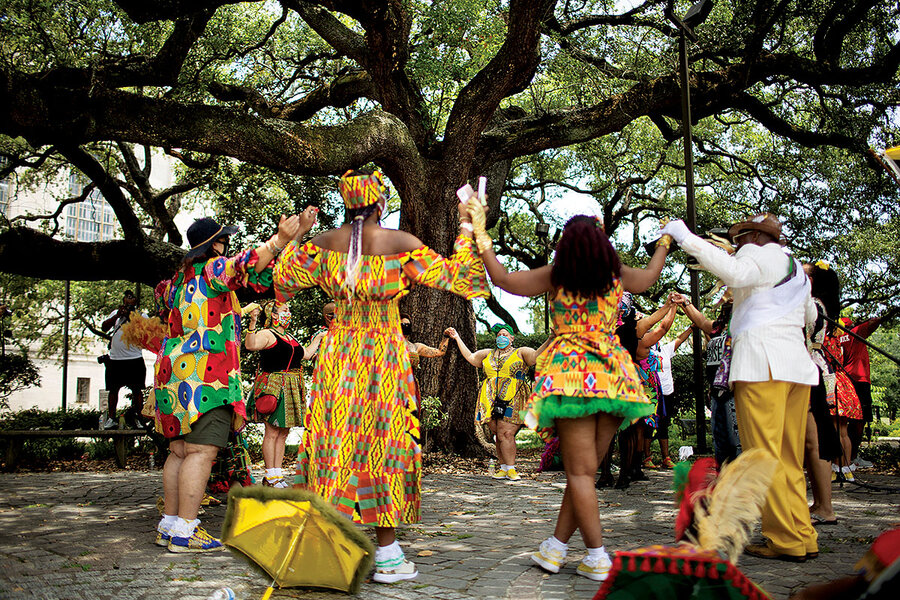 What does Juneteenth have to do with the end of slavery?

American history suggests that chattel slavery ended upon the enactment of the Emancipation Proclamation, which is commonly thought to have freed all enslaved people in the United States on Jan. 1, 1863.

However, a closer study indicates otherwise. Not until 30 months later, on June 19, 1865, did the law of the proclamation reach the residents of Galveston, Texas, when Union Maj. Gen. Gordon Granger presented General Order No. 3:

The people of Texas are informed that, in accordance with a proclamation from the Executive of the United States, all slaves are free. This involves an absolute equality of personal rights and rights of property between former masters and slaves, and the connection heretofore existing between them becomes that between employer and hired labor.

And yet, Juneteenth is just one marker in a three-year emancipatory process, beginning with the Emancipation Proclamation and ending with ratification of the 13th Amendment:

January 1, 1863: Abraham Lincoln issues the Emancipation Proclamation, which freed enslaved people in much of the Confederacy. It did not free those enslaved in Union states or border states (Delaware, Kentucky, Maryland, Missouri, and West Virginia). April 9, 1865: Robert E. Lee surrenders to Ulysses S. Grant, which marks the beginning of the end of the Civil War. June 19, 1865: Roughly 2,000 federal troops arrive in Galveston, Texas, relaying the message of the Emancipation Proclamation and Major General Granger’s instructions in General Order No. 3. This is the day commemorated by Juneteenth. Dec. 6, 1865: The 13th Amendment abolishing slavery is ratified, legally freeing all enslaved people, including those in the North and in border states.

The contrast and confusion surrounding this emancipatory period is a function of the “monumental hypocrisy of what the United States of America claimed to be,” writes Mr. O’Bryant, who is a charter member of the International African American Museum in Charleston, South Carolina, which is scheduled to open in 2022. “In the Declaration of Independence, it says that ‘all men are created equal’ and that they have a God-given right to ‘Liberty.’ … Yet when it came to people of African descent, the United States of America had state-sanctioned slavery.”

How did Juneteenth become a federal holiday?

On Tuesday, the Senate voted unanimously to make Juneteenth a federal holiday, and yesterday the House approved the bill by a vote of 415-14. President Joe Biden signed the bill Thursday afternoon, making it the first new holiday since Martin Luther King Jr. Day in 1983. “This is a day of profound weight and profound power, a day in which we remember the moral stain, the terrible toll that slavery took on the country and continues to take,” the president said before signing the Juneteenth National Independence Day Act. “I hope this is the beginning of a change in the way we deal with one another,” he added.

While lawmakers have discussed the holiday before, the push to move forward likely came from last year’s police killings of George Floyd and Breonna Taylor, on the heels of earlier such deaths, which invigorated a social justice movement that had global reach.

Robert Greene II, a visiting professor of history at Claflin University in Orangeburg, South Carolina, welcomes the idea of Juneteenth being a national holiday. “Remember that Juneteenth has a specifically Texan context to it, and we do not want to lose sight of that,” Dr. Greene writes in a message, noting Annette Gordon-Reed’s new book, “On Juneteenth,” which explores the holiday’s Texas roots. “At the same time, Juneteenth could be a way for individual states to also memorialize the celebrations of the end of enslavement crafted by African Americans in those places.”

“It would be up to African Americans, however, to work hard to make sure the holiday is both a solemn occasion of remembering the end of slavery and a celebration of African American life in the United States,” he adds, noting a concern about Juneteenth being “commercialized” in the midst of widespread celebration.

What can Juneteenth teach us about other Emancipation Days?

While Juneteenth is the nation’s most recognized commemoration of African Americans’ emancipation, it is not the only such celebration, Dr. Greene notes. The District of Columbia (April 16), Florida (May 20), Georgia (the Saturday closest to May 29), Kentucky (Aug. 8), Maryland (Nov. 1), and parts of Mississippi (May 8) all celebrate Emancipation Days. An appreciation and deep dive into such commemorations can inspire renewed purpose and discussion, he explains.

In addition, Dr. Greene points out, “Emancipation Day was often celebrated on January 1 in many African American communities across the nation, well into the 20th century. While we associate New Year’s Day with ringing in the new year and college football, perhaps Juneteenth can be the spark for new celebrations of Emancipation Day.”

Dr. Greene continues, “The origins of ‘Watch Night’ services among African Americans – as the commemoration of Abraham Lincoln signing the Emancipation Proclamation on the evening and early morning of December 31, 1862, and January 1, 1863 – could also be discussed once again on a wide scale, thanks to Juneteenth.”

The ideal of freedom is the “highest ideal for humans all over the world,” notes Mr. O’Bryant, the author, and a focus on that ideal can and should have a global effect.