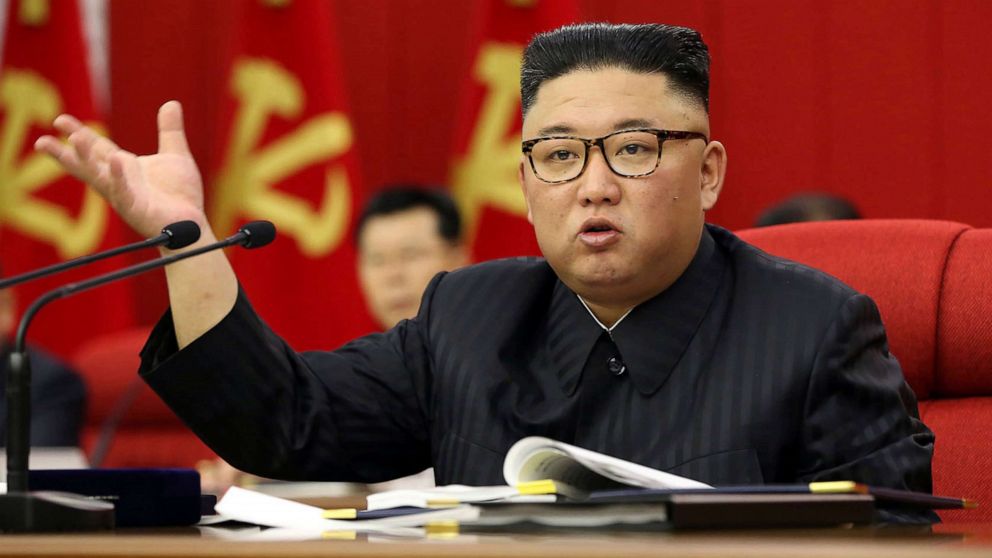 SEOUL, South Korea — In his first official reaction to the Biden administration, North Korean leader Kim Jong Un told his government to get ready for “both dialogue and confrontation” with the United States, “especially to get fully prepared for confrontation,” the Korean Central News Agency reported.

But despite the implied warning, analysts in Seoul say this is a sign that Kim is leaving doors open for talks with the U.S., given the deepening economic difficulties and food shortages in North Korea.

“It looks like North Korea chose to take a very flexible and practical approach to nuclear negotiations,” Cheong Seong-Chang, the director of the Center for North Korean Studies of The Sejong Institute, told ABC News.

Kim said during a meeting of the Central Committee of his ruling Worker’s’ Party on Thursday that he has “made a detailed analysis” of Biden’s North Korea policy and “clarified appropriate strategic and tactical counteraction.” The state media reported that a unanimous resolution was adopted, but details have not been disclosed. The meeting will continue Friday.

“Biden’s policy toward Pyongyang is somewhat in between Trump’s once-for-all settlement and Obama’s strategically patient style of diplomacy. For North Korea, all possibilities are open, whether it be confrontation or dialogue. But compared to the past, Kim does have more options with the new Biden administration,” Bong Young-shik, a research fellow at the Yonsei Institute for North Korean Studies, told ABC News.

After a months-long review, the White House said in April that Biden would take “a calibrated practical approach that is open to and will explore diplomacy” with North Korea.

North Korea “is waiting for the U.S. to suggest an option, but if they are not satisfied, there’s always a chance they will engage in provocations around Tokyo Olympics in July or ROK-US military exercises planned in August,” Shin Beom-chul, the director at the Center of Diplomacy and National Security at the Research Institute for Economy and Society in Seoul, told ABC News.