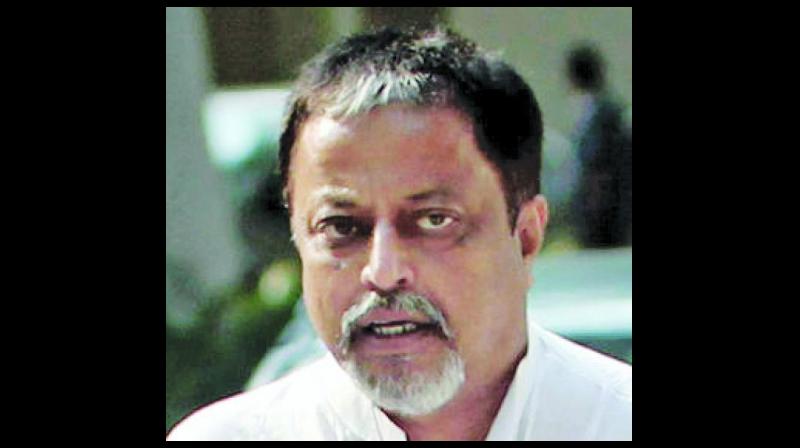 Kolkata: Close on the heels of his return to the Trinamul Congress from the BJP, Krishnanagar North MLA Mukul Roy is set to get a double promotion –one in the party and another in Parliament — from TMC supremo and West Bengal chief minister Mamata Banerjee for his political acumen.

Sources said Mr Roy is expected to be appointed national vice-president of the TMC, the same post that he held in the BJP till four days ago, in next few days, due to his nationwide contacts and the TMC’s ambition to expand in other states and become a formidable player in national politics ahead of the 2024 Lok Sabha elections.

On June 11, when Mr Roy returned to the TMC, Ms Banerjee indicated that he would be given an equivalent post to what he had in the BJP. In November 2017, when he quit the TMC, his post was national general secretary in the party.

TMC insiders revealed Mr Roy, who held a one-to-one meeting with the CM’s MP nephew and the new national general secretary, Abhishek Banerjee, on Sunday, would start working at the national level once his appointment to the new post is done.

Later, the former railway minister is likely to be fielded by the TMC as its candidate for one of the two Rajya Sabha seats which fell vacant after Dinesh Trivedi’s resignation as a Rajya Sabha member in February this year and switch to the BJP, and the election of Manas Bhuniya as an MLA in the West Bengal Assembly polls.

In that case, Mr Roy, who had earlier too served as a Rajya Sabha MP, will have to resign as an MLA, which he has become for the first time in his life. The BJP is planning to target him legally over his defection to the TMC as a legislator, so his resignation will make any action unnecessary. Mr Roy said his party would decide on making him a candidate for the Rajya Sabha shortly.

A senior TMC leader who sought anonymity said the “double promotion” for Mr Roy would also send a signal to the BJP on how much importance the TMC gives to an efficient leader like him. When Mr Roy was in the BJP, he had apparently sought a Rajya Sabha member as well as a Union Cabinet berth, besides holding a party post. However, his wishes were ignored. The TMC also has plans to nominate Yashwant Sinha for the second Rajya Sabha seat, sources claimed.