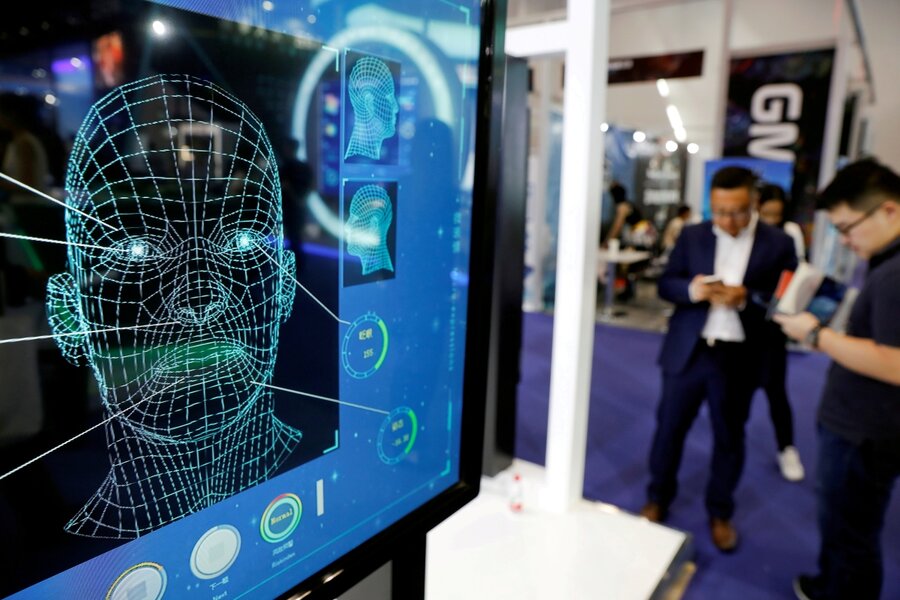 Sneha Revanur, a 16-year-old student from California, is on a mission to do for digital rights what Greta Thunberg’s movement has done for the climate fight – put young activists on the front lines.

“We’ve seen it in climate, we’ve seen it on the guns issue, but there hasn’t been an equivalent uprising for technology and algorithmic justice among my peers,” said Ms. Revanur, a high school senior from San Jose, California.

“We are the next generation of technologists, regulators, activists – it’s impacting our lives on a daily basis, and in the future, we have the most to lose,” she said during a lunch break between her classes.

In little over a year, Encode Justice has grown from being a small group of Ms. Revanur’s peers to encompassing more than a dozen chapters across the United States as well as teams dedicated to researching policy issues and campaign strategy.

Ms. Revanur modeled the group on a professional issue advocacy body, and it is involved in digital rights issues at every level of government – from surveillance regulations in Baltimore to a privacy bill in Washington State.

On weekends, the advocacy team convenes phone banks to lobby officials on specific policy items. So far, they have met more than 20 elected officials.

“These youth are amazing – and they recognize just like they did with climate – that adults have failed,” said Kade Crockford, director of the technology for liberty program at the American Civil Liberties Union of Massachusetts.

Mx. Crockford is working with Encode Justice to organize a series of protests in schools to push for a state ban on facial recognition technology in Massachusetts.

“This newer generation does not see digital rights as a remote, far away issue – they see it as central to what it means to be free,” Mx. Crockford said, praising the group for tracking legislation at all levels of government.

The summer before her senior years in high school in Virginia, Mrudula Rapaka started seeing Ms. Revanur’s posts about the Californian bail algorithm on Instagram and decided to get involved.

“I learned how dangerous these algorithms could be to marginalized groups,” she said.

Ms. Rapaka started volunteering her time to call up voters in California to ask them to vote against an upcoming state ballot measure that would have rolled out the bail systems state-wide.

California voters eventually rejected the measure, which was also opposed by groups including Human Rights Watch and the American Civil Liberties Union, by a 13% margin.

Raising awareness of digital rights issues among youth is another pillar of the group’s activities, said Vidya Bharadwaj, the organization’s education director.

“Not everyone realizes that algorithms surround them in their everyday life,” she said. “I try to explain how this tech is profiling us – there are real world implications, and minorities are impacted more so than others.”

Ms. Bharadwaj gets in touch with high school teachers by email, asking if she can give Zoom presentations to their students on key issues such as the discrimination and privacy risks posed by facial recognition technology.

She has also given classroom talks about social media algorithms, which are often engineered to keep users hooked, and can boost misinformation or polarizing posts.

“The message really lands when it comes from your peers,” she said, estimating that Encode Justice’s classroom presentations have reached more than 3,000 students in the last four months alone.

An aspiring computer programmer, Ms. Bharadwaj also runs GirlCon, a group dedicated to helping young women find careers in science and technology, and draws on the work of pioneering women AI critics such as Cathy O’Neil and Joy Buolamwini.

At a recent presentation to a computer science class in Mississippi, Ms. Bharadwaj explained how algorithmic bias works, giving an example of how a computer model could estimate the price of a house in a way that undervalues Black homes.

It is not a hypothetical issue: Last year, real estate platform Redfin was sued by housing advocates who said the methods it used to assess home values were racially biased.

The group is also beginning to take on privacy issues that directly impact students, from the use of test proctoring algorithms in schools to systems that profile students who are likely to be violent.

Ms. Revanur said it had been a whirlwind to see the group grow from a group of 10 friends and classmates to a fully fledged advocacy group, which is even starting to see international chapters sprout up.

“We’re doing something that hasn’t been done before,” she said. “And it’s awesome to see how integral youth can be to this movement.”