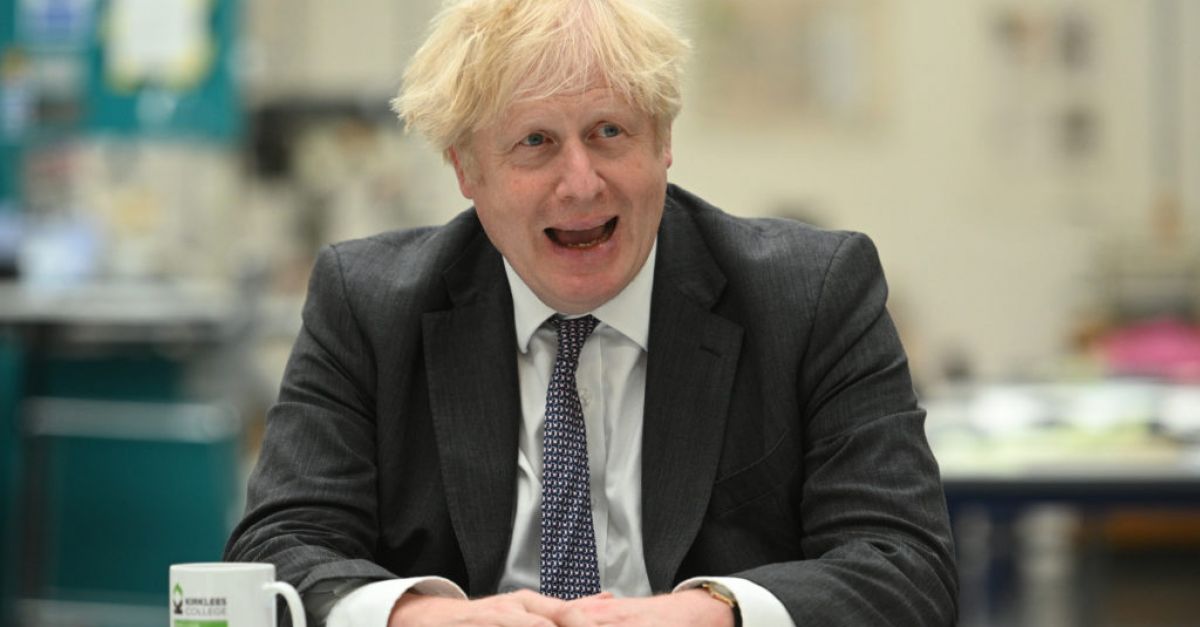 UK Prime Minister Boris Johnson says the British Government will see if there are any “sensible accommodations” it can make regarding overseas fans and VIPs at Euro 2020.

Sources at tournament organisers UEFA have refused to rule out switching the semi-finals and final from Wembley to Budapest if foreign fans and dignitaries cannot be exempted from the UK’s strict coronavirus quarantine rules.

A statement from UEFA asked the British Government to consider “a strict testing and bubble concept” where ticket holders would stay in the UK for less than 24 hours, with their movements restricted to approved transport and venues only.

It is understood to also be looking for exemptions for around 2,500 VIPs and sponsors.

A similar request was refused when UEFA was considering Wembley as a last-minute host for the Champions League final last month, but Mr Johnson indicated a willingness to engage with UEFA on the Euros.

“We’ll do what we have to do to keep the country safe from Covid – that’s obviously going to be our priority, and we’ll be talking to UEFA about what they want and see if we can make some sensible accommodations,” he said on a visit to Kirklees College in Dewsbury, West Yorkshire.

“But the priority obviously has to be public health.”

UEFA said in its statement on Friday morning it was “confident” Wembley would host the final week’s matches but also pointed out “there is always a contingency plan”.

Yesterday's news will have been understandably disappointing to many but it is sensible to be cautious, as we lift the final restictions. 1/3 pic.twitter.com/N6uiFwtCEO

It is understood the first option would be Budapest, where matches at the Puskas Arena are being played in front of capacity crowds.

The UK Government confirmed on Monday that the final four Euro 2020 matches at Wembley could be played in front of crowds of at least 40,000 despite the decision to delay the final easing of coronavirus restrictions.

The games will be part of the British Government’s Events Research Programme (ERP) which has been running since April and has been used to test various ways to get fans back into venues without the need for social distancing.

Currently, overseas fans coming in from countries on the amber list — which the vast majority of Europe falls within — would have to provide a negative test before leaving their country of origin in order to enter the UK and then strictly isolate for at least five days using the ‘test to release’ scheme, or for 10 days.

Asked if it was realistic that the British Government would grant concessions, Euro 2020 tournament director Martin Kallen said on Thursday: “I hope so. At the moment it is too early to say it but we have seen some signs that there could be a possibility.

“But it’s too early to give a clear answer, we have still some time on that side.”

Clive Efford, a Labour MP who sits on the Digital, Culture, Media and Sport (DCMS) committee, told the PA news agency: “If they enter the country they cannot be allowed to move freely without precautions.

“They must be escorted to and from the games and anywhere else they may go. I have no objection to special arrangements being made for them to go out to dine and to go sightseeing with strict precautions in place, but they should not be allowed roam around without restriction.”