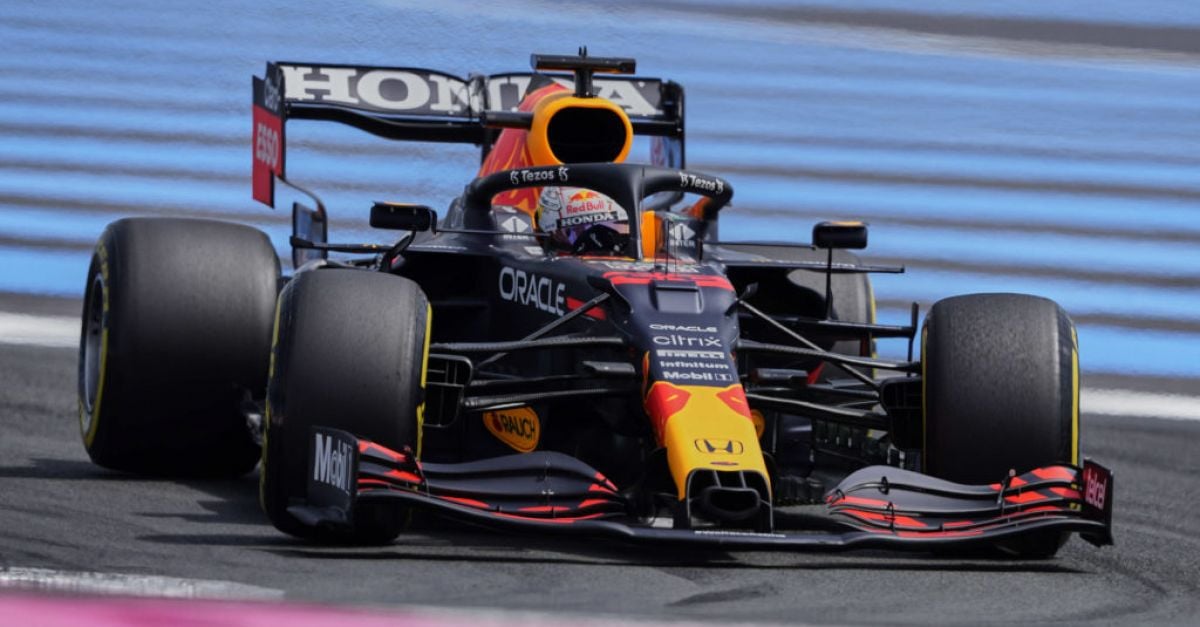 Max Verstappen held off Valtteri Bottas and Lewis Hamilton to finish fastest in second practice for the French Grand Prix.

Verstappen, who holds a four-point lead over title rival Hamilton ahead of Sunday’s race, edged out Bottas by just eight thousandths of a second.

Mercedes have endured off-colour displays in Monaco and Azerbaijan but the fast-sweeping nature of the Paul Ricard circuit is better suited to their machine.

Bottas arrived in the south of France as a man under pressure following a lacklustre display in Baku, where he started only 10th and finished 12th.

But his running here will provide him with a much-needed boost of confidence heading into the seventh round of the campaign.

After topping the opening session, Bottas then set his fastest lap in the day’s concluding action on the slower medium compound rubber, suggesting there is more time to come from the Finn. Both Verstappen and Hamilton posted their best laps on the speedier soft tyres.

Where my geeks at… 🤓

64% of the lap time and 74% of the lap distance at @PaulRicardTrack are taken at full throttle 💪#FrenchGP pic.twitter.com/6V7tCThktk

Verstappen, unfortunate not to win in Baku a fortnight ago following a late puncture, will also be encouraged by his pace after he ended the first session three tenths off the pace.

Seven-time world champion Hamilton did not trouble the top of the time charts in either running as he attempts to wrestle back the championship initiative from Verstappen.

It was not a day without incident for either Bottas or Verstappen with both sustaining damage after running over the rumble strips at Turn 2.

Earlier, Aston Martin’s Sebastian Vettel ran into the barriers at the right-handed Turn 11 but was able to limp back to the pits for repairs.