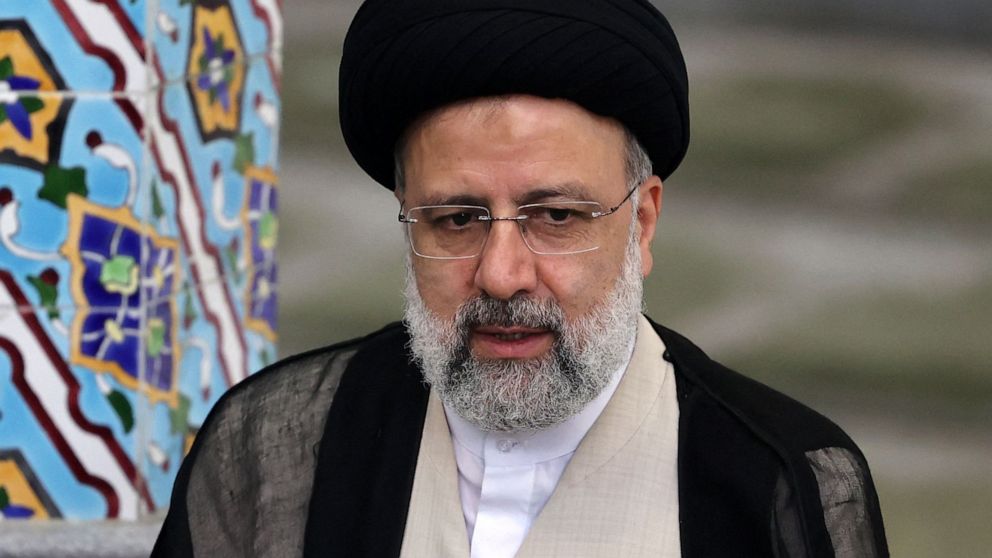 The conservative cleric Ebrahim Raisi, the 61-year old new president-elect of Iran, heralds from a remote village in the northeast of the country, and after Friday’s election victory, will take up residence in the presidential palace. He has taken on a number of influential roles in the Islamic Republic, most notably as Chief of the Judiciary, and his track record comes with a long list of alleged human rights violations.

As predicted, Raisi won the Islamic Republic’s presidential election with a landslide margin, on Friday with 61.9%, around 17.9 million votes. By contrast, the main rival, reformist Abdolnaser Hemmati, could only obtain just under 2.5 million votes.

Crucially, however, the vote was marred by a low turnout — which the regime considers a key factor in justifying its legitimacy — with a turnout of 48.8%, the lowest turnout of all presidential elections since the 1979 revolution. In the run-up to the election, many Iranians had already decided to give up on the election, saying they felt no representation on either side of the political spectrum.

For many observers, Raisi is not a particularly complex figure. His career, ideology and political ambitions have been well-charted over the decades.

“Raisi is just a soldier. A good one actually. Someone who exactly executes what he is asked with all his might,” Roya Boroumand, Washington-based historian, and executive director of Abdorrahman Boroumand Center, an NGO dedicated to the promotion of human rights and democracy in Iran, told ABC News. “It is why he constantly got promoted since he joined the judiciary and became prosecutor of Karaj — a city close to Tehran — without proper qualification.”

He was appointed to the role in Karaj at just 20 years old, according to his official website. Only five years later he was promoted as the deputy prosecutor of the revolutionary court of Tehran which he served until 1989, a far more influential role in the judiciary.

At the time, the judiciary was a particularly important tool for the regime to clamp down on political opponents and those whose activities were criminalized under new laws on public morality.

“It is why people like Raisi were brought into the judiciary, so they could quickly settle the cases, mostly by issuing execution sentences,” Boroumand said.

According to an Amnesty International report in 2018, Raisi was a member of a four-member board known as the “Death Committee.” Along with three other judiciary officials of the time, he presided over the execution of thousands of prisoners — mostly affiliated with the left and communist political groups and parties. The majority of these prisoners had already finished their prison sentences, and were executed on the grounds that they did not “express repentance for their past political beliefs and activities and denounce their political groups in writing,” Amnesty said.

“In many cases, reactions to crimes related to human rights when they have happened inside a country’s territory does not go beyond [issuing] statements,” said Ankara-based Mousa Barzin, law researcher and former lawyer, to ABC News. “Any legal reaction is affected by so many political considerations.”

In 2019, 31 years after the mass execution of prisoners in Iran, Raisi, along with several other members of Ayatollah Khamenei’s inner circle, was placed under sanctions by former U.S. President Donald Trump’s administration. Among the reasons given by U.S. Treasury Department was Raisi’s “administrative oversight over the executions of individuals who were juveniles at the time of their crime and the torture and other cruel, inhuman, or degrading treatment or punishment of prisoners in Iran, including amputations.”

The European Union also froze Raisi’s assets and issued a travel ban for his role in human rights violations, but restrictions on his movement will not necessarily apply now that he is president and enjoys “diplomatic privileges,” according to Barzin.

Raisi continued to serve in major roles in the judiciary until 2015, when he was catapulted into the influential position of Custodian of Astan Qods, a joint political and religious role that carries with it enormous wealth.

He used that position to establish a strong base in rural areas. However, he lost the 2017 presidential election to the now outgoing Hassan Rouhani. For many Iranians, it was the first time they heard Raisi’s name, and started to understand his hard-line approach to domestic and international policies.

At the time he criticized President Rouhani for taking a wrong path in solving economic problems of the country by relying on the Joint Comprehensive Plan of Action (JCPOA), and negotiating with the West from an inferior position. In 2015, Rouhani signed the JCPOA with the U.S. and western powers, which saw them promise to limit Tehran’s nuclear program in exchange for the lifting of economic sanctions. In 2018, however, President Trump unilaterally pulled out of the deal and applied a policy of “maximum pressure” on the regime.

After losing the election, Ayatollah Kahmenei appointed Raisi to head of the judiciary in 2018. His avowed goal has been to root out corruption, but for observers such promises ring hollow.

“It is a sheer lie. He would only go after minor culprits, because all in power know they should never target those in the main power circle,” Borouman said.

To Raisi, however, there is little difference between President Joe Biden’s administration and that of Trump’s. Americans can expect more fiery rhetoric even as the outgoing presidency hopes to revive the nuclear deal.

“Americans have always pursued arrogant plans towards the Iranian people, and every government that came to power followed this policy,” Raisi said in April before he ran for president, according to ISNA, the Iranian Students News Agency.

Raisi’s approach to domestic issues centers on concerns about free access to the Internet and the mandatory imposition of the hijab, which are in line with other hard-liners in Iran.

“The preservation of moral values in society is a requirement of Sharia, a requirement of law and civil rights… [Refusing to wear appropriate hijab] does not comply with our national law and culture in any way,” Raisi said in a speech in July 2020.

In his failed 2017 presidential campaign, Raisi also emphasized the necessity of providing a national intranet along the global internet. That stance has been a cause for concern for many Iranian people and human rights activists, who fear that would restrict the public free access to information.

While he is a familiar face for Iran’s observers and his policy agenda is well-publicized, civil unrest — sparked by economic hardship brought on by the devastating impact of U.S. sanctions, political corruption and COVID-19 — continues to threaten the regime, and a revival of the nuclear deal will reposition the country on the international scene. Raisi comes to power at a crucial time in Iran’s history.