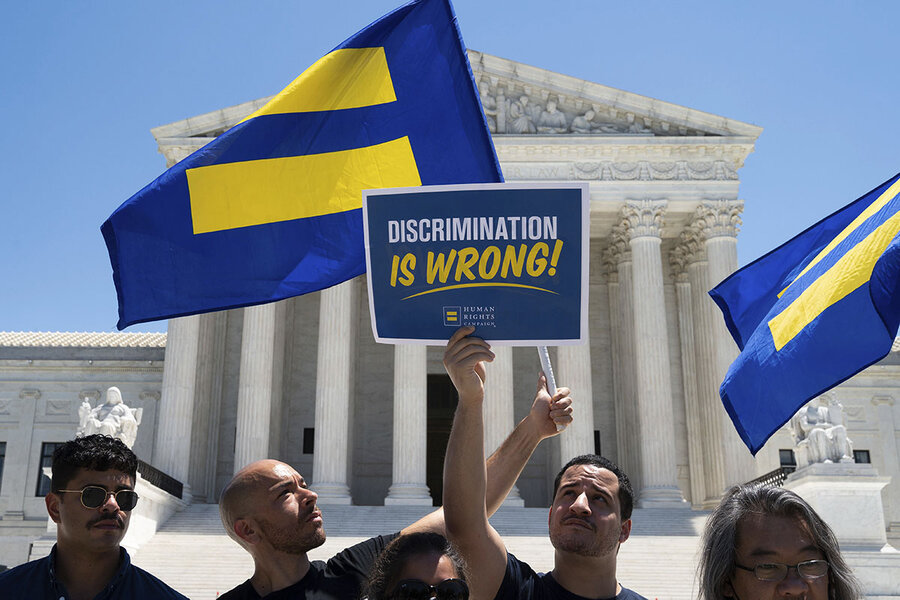 The ruling on the Affordable Care Act – the big government-provided health care expansion passed during the presidency of Barack Obama – may mark the conclusion of a particularly bitter and lengthy political struggle.

Republicans have tried, and failed, to end what they judge an expensive act of government overreach since its inception. While it may be possible for opponents to mount yet another legal attack, its margin of protection in the high court is growing, with Thursday’s 7-2 ruling perhaps sending the message that ACA is the law of the land.

Upward of 21 million people would have lost their health insurance if the Supreme Court had struck down the law, according to some estimates.

Opponents have shown remarkable energy in opposing the law, and may continue to try to do so, says Steven Schwinn, a professor at the University of Illinois at Chicago Law School.

The case concerning the ACA, California v. Texas, represents the third time the high court has declined to strike down the law since Congress passed it in 2010. In 2012, the court ruled 5-4 that the law represented a constitutional use of Congress’ “taxing power” – with Chief Justice John Roberts providing the decisive vote.

In 2017, as part of its tax cut, Congress reduced to $0 the penalty for violating a provision of the law – known as the “individual mandate” – requiring most Americans to carry some health insurance coverage. Texas and 17 other states filed a lawsuit claiming that because the mandate now has no monetary penalty it can’t be considered a tax, and thus the whole law is unconstitutional. (Two individuals later joined Texas as plaintiffs. Because the Trump administration took the side of Texas, 16 states and the District of Columbia – led by California – stepped in to defend the law.)

Oral argument in the case came weeks after Justice Amy Coney Barrett joined the court, solidifying a supermajority of six conservative justices. Given that composition, some court watchers believed this case would spell the end of the law.

To prevail, however, Texas would have to clear a series of hurdles. In today’s decision, seven justices – including Justice Barrett – agreed that it fell at the first one: standing.

Standing is a threshold question that essentially asks if a party should have the ability to bring a case in the first place. Plaintiffs must claim “a particularized individual harm” that can likely be “redressed by the requested relief,” Justice Stephen Breyer wrote in the majority opinion.

“Neither the individual nor the state plaintiffs have shown that the injury they will suffer or have suffered is ‘fairly traceable’ to the ‘allegedly unlawful conduct’ of which they complain,” he added.

The case concerning the Catholic foster agency, Fulton v. City of Philadelphia, can be considered a big win for advocates of religious liberty, but perhaps not as big as some would have liked, particularly given the Supreme Court’s increasingly sympathetic views of religious liberty claims.

In 2018, a Philadelphia newspaper reported that Catholic Social Services – a Roman Catholic Church-affiliated foster care agency that had been contracted with the city for over 50 years – would not consider couples in same-sex marriages as prospective foster parents. That refusal, the city of Philadelphia said, violated a local nondiscrimination ordinance, and the city’s Department of Human Services said it would no longer refer children to CSS.

The agency, and three of its foster parents, sued, claiming the referral freeze violated the First Amendment’s free exercise and free speech clauses. Lower courts sided with Philadelphia, noting in particular that the city’s nondiscrimination provision was constitutional because it applied equally to all religions, a precedent the high court laid out in the 1990 decision Employment Division v. Smith.

Appealing to the Supreme Court, CSS and the foster parents also asked the justices whether Smith should be revisited. In today’s fractured but unanimous opinion, the court ruled that Philadelphia’s refusal to contract with the agency violates the free exercise clause, as Philadelphia allows exceptions to its policies for some other agencies than CSS.

The ruling didn’t consider whether the city’s actions also violated the free speech clause. Perhaps more important, Chief Justice Roberts wrote in the majority opinion, the case “falls outside Smith” because Philadelphia’s non-discrimination policies “do not meet the requirement of being neutral and generally applicable.”

Smith, written by the conservative judicial titan Justice Antonin Scalia, is a significant boundary-marking precedent in First Amendment law. In a country where sincerely held religious beliefs are protected, but can conflict with other laws, Smith holds that religious entities can only exempt themselves from laws if they restrict their free exercise rights specifically. Overturning Smith could open the door to religious entities exempting themselves from laws that affect large swaths of society.

Groups that back LGBTQ rights said that the Philadelphia decision did not establish a license to discriminate based on religious beliefs. But they were still disappointed with the ruling, as many had filed friend of court briefs in support of the city.

In fact, no same-sex couple has ever applied to CSS for foster parent status. Other agencies continue to work with LGBTQ couples in Philadelphia who want to take in children who need a home.

“This case is of great symbolic importance to the gay rights movement. They really don’t like religious exemptions, but it’s not of much practical importance because no one’s being turned away,” says Douglas Laycock, a professor of law at the University of Virginia School of Law.

But why the 9-0 vote? Closely watched, hot-button issues are not often decided unanimously at the high court.

There is clearly a strong desire among the justices, liberal as well as conservative, to find common ground and identify areas of religious liberty in which there can be broad agreement, says Mr. Olson of the Cato Institute.

Chief Justice Roberts and other conservatives have some worries that people could lose confidence in their rulings, and the liberal justices also realize that some people are suspicious of the court as a secular institution.

“They have to realize that there is that commitment by all nine justices, and they’re serious about it. … They all care about religious liberty,” says Mr. Olson.