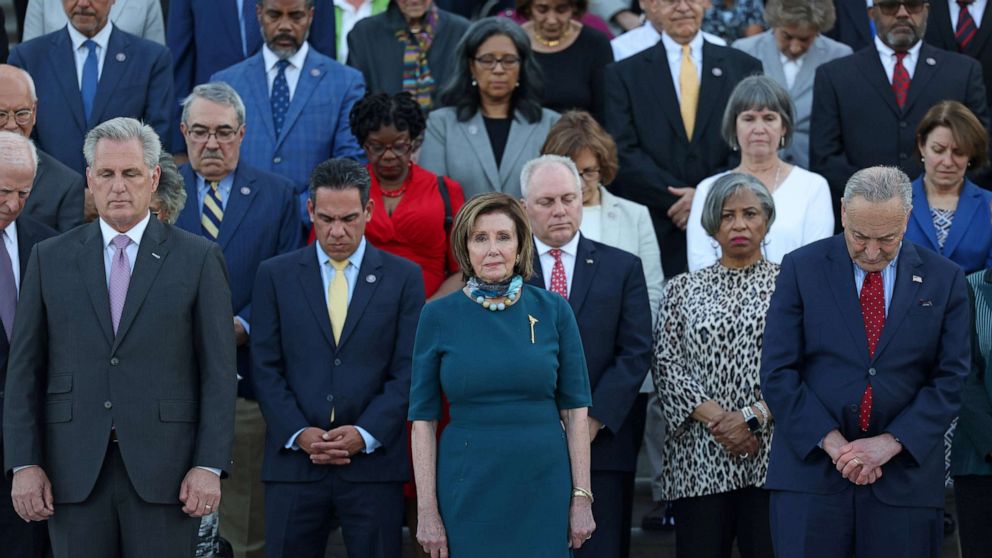 As the United States approaches the grim milestone of 600,000 coronavirus deaths, a group of bipartisan lawmakers gathered on the east front steps of the U.S. Capitol building on Monday evening to honor the lives lost.

“It is particularly jarring at this moment — a moment of recovery, optimism and hope — to remember the enormity of lives lost over the past 15 months,” Senate Majority Leader Chuck Schumer said earlier on the Senate floor Monday. “Not only that, we face the grim reality that these recent fatalities happened while Americans were on the verge of getting the vaccine. Some had their appointment just days away.”

“So, as our fellow Americans are taking their masks off, going back to work, seeing families and friends, and returning as they should to life, let us remember those who cannot,” Schumer continued. “Let us hold them in our hearts a little while longer.”