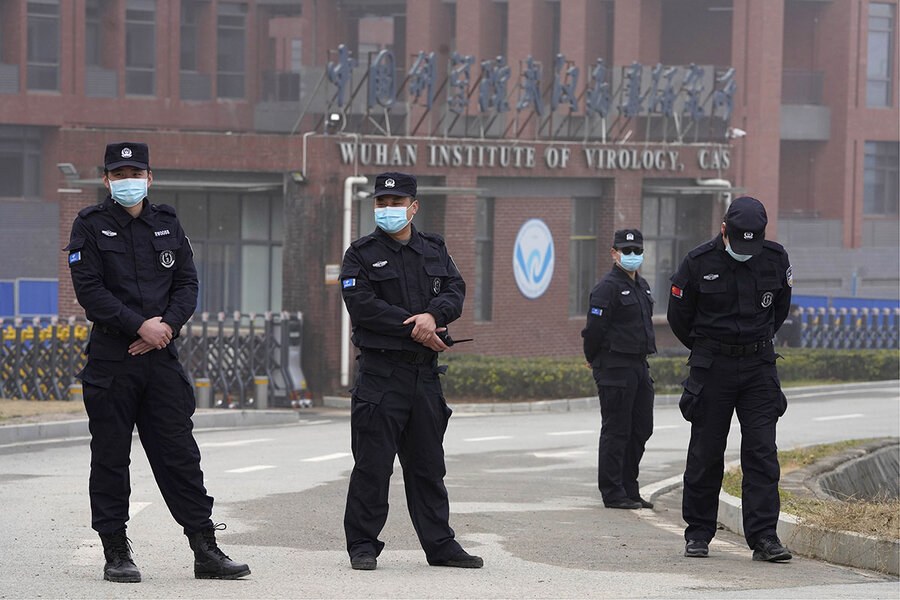 No definitive proof has emerged and key questions remain unanswered. But the basic idea is that an infected lab worker or improper disposal of animals or materials used in experiments could have spread the disease to the general population.

Why was it widely dismissed early on?

There was much skepticism when on Jan. 30, 2020, Republican Sen. Tom Cotton of Arkansas questioned China’s version of events. He argued that China had lied about the source of COVID-19, citing a study from The Lancet that showed 14 of the 41 earliest known people diagnosed had had no contact with the wet market. Some of his argument hinged on an incorrect assumption that “patient zero” had been identified, but his conclusion is plausible. A China hawk, he criticized Beijing’s “deceit” and urged investigation into whether the WIV had played a role.

Amid concerns about rampant misinformation and disinformation, many media outlets dismissed Senator Cotton’s views as conspiracy theories. Some outlets have recently walked back that characterization amid criticism for being too quick to dismiss the lab leak hypothesis. Critics say that was driven in part by a reflexive rejection of everything then-President Donald Trump claimed about the virus rather than rigorously examining the available evidence. Defenders say the distrust was valid, given Mr. Trump’s many false statements, and cite concerns that his blaming of China was stirring anti-Asian discrimination and violence.

On March 7, 2020, a group of scientists wrote that they “strongly condemn[ed] conspiracy theories suggesting that COVID-19 does not have a natural origin” and affirmed support for their Chinese colleagues with a statement in The Lancet. It later emerged that the letter was spearheaded by Peter Daszak of EcoHealth Alliance, who had declared no competing interests despite working with the WIV’s Dr. Zhengli Shi on a U.S.-funded grant researching coronaviruses. A March 17 letter by another group published in Nature Medicine further solidified the appearance of a scientific consensus against the lab leak hypothesis.

Has new evidence come to light?

An investigation organized by the World Health Organization deemed the natural origin hypothesis “likely to very likely” in a March 30, 2021, report, while deeming a lab leak hypothesis “extremely unlikely.” U.S. officials and others criticized China’s influence over the investigation.

Recent media reports have added to the drumbeat for answers. They highlighted concerns around Dr. Shi’s work modifying coronaviruses to examine their infectiousness to humans and revealed a heated debate within the U.S. government that thwarted investigation of the lab leak theory. In addition, reports revealed intelligence assessments that three WIV employees sought hospital care in November 2019 for flu-like symptoms, though those cases haven’t been linked to COVID-19 specifically. Dr. Shi, who directs the WIV’s Center for Emerging Infectious Diseases, rejects claims that her lab was studying the virus that led to the pandemic and says no WIV researchers have gotten COVID-19.

Some are losing hope that they will ever get a definitive answer. China and the WHO have not yet identified how the virus passed from bats to humans. And China has come under fire for not providing hospital and lab records that could disprove the lab leak hypothesis.

What are the next steps?

WHO Director-General Tedros Adhanom Ghebreyesus, President Joe Biden, and many top U.S. officials including Dr. Anthony Fauci, chief of the National Institute of Allergy and Infectious Diseases, as well as a group of 18 scientists, have said the lab leak hypothesis merits further investigation. Dr. Fauci and others maintain a natural origin is more likely.

President Biden has requested a review of all relevant U.S. intelligence by late August. Republican members of Congress are calling for a full investigation and pressing government agencies to provide more data, including federal grant documents related to Dr. Shi’s work. And Group of Seven leaders have urged the WHO to launch its Phase 2 investigation of COVID-19’s origins.