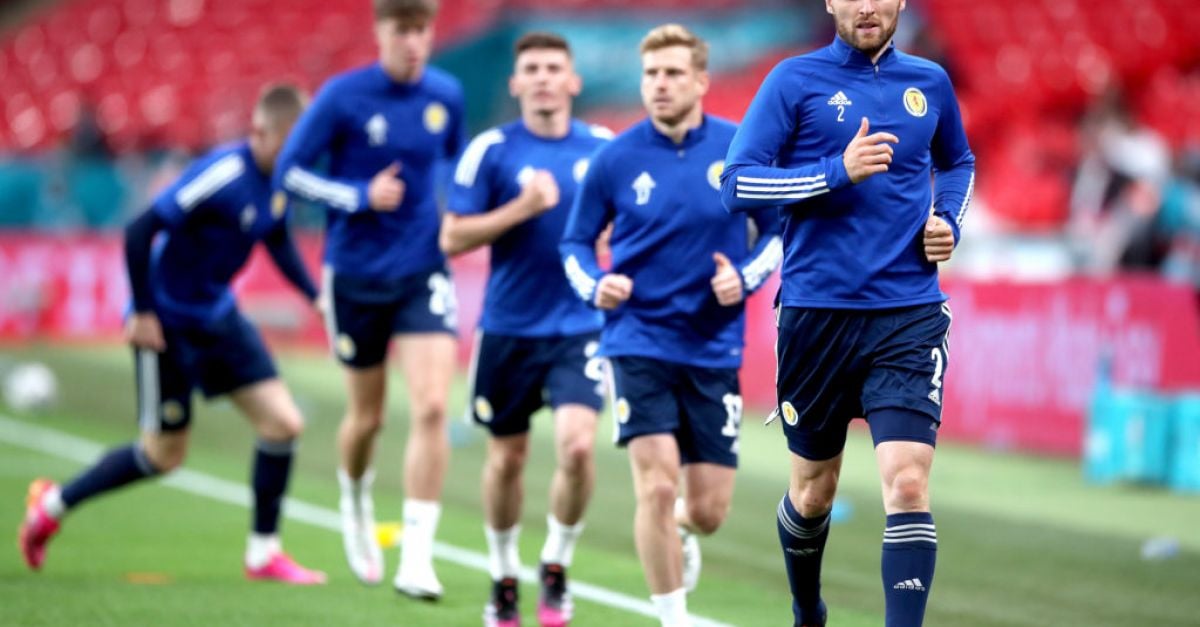 Scotland wing-back Stephen O’Donnell was delighted to repay the faith of his manager and team-mates with his Wembley display as he opened up on the effects of criticism.

O’Donnell was the subject of much of the backlash after Scotland’s opening Euro 2020 defeat by the Czech Republic.

But he produced a superb display to nullify the likes of Raheem Sterling and Jack Grealish and came closest to breaking the stalemate against England when his volley was brilliantly saved by Jordan Pickford.

The Motherwell player was well aware of a clamour on social media for him to be dropped in favour of 19-year-old Rangers right-back Nathan Patterson, who has played 22 first-team games – just one more than O’Donnell has international caps.

That campaign started even before the opening game and intensified ahead of the England encounter on Friday, but manager Steve Clarke was handsomely rewarded for keeping faith in his former Kilmarnock player.

O’Donnell told BBC Scotland: “I think what’s frustrating, in society now you see everything, you catch it and it’s hard to get away from it.

“And it makes a massive difference when you’ve got a manager who believes in you. He constantly, constantly comes under attack for selecting me.

“I’m not saying that the players aren’t good enough to play – you saw Billy Gilmour come in to play and he’s an outstanding young talent. And all these young boys are nothing but good for the future of Scotland.

“I’m getting praise now but that will quickly change against Croatia.

“It means a lot to me that the team are all up to me after the game. They know the stick I receive and I appreciate the support they give me. Andy Robertson especially with the words he said.

“It’s tough. At 29 you think it’s easy but this is all new to all of us, and I’m just glad I was able to repay, most importantly, the manager.

“The rest of it is noise. You try and block it out but it’s difficult. Thankfully I was able to do my manager and all my family and friends back home proud.”