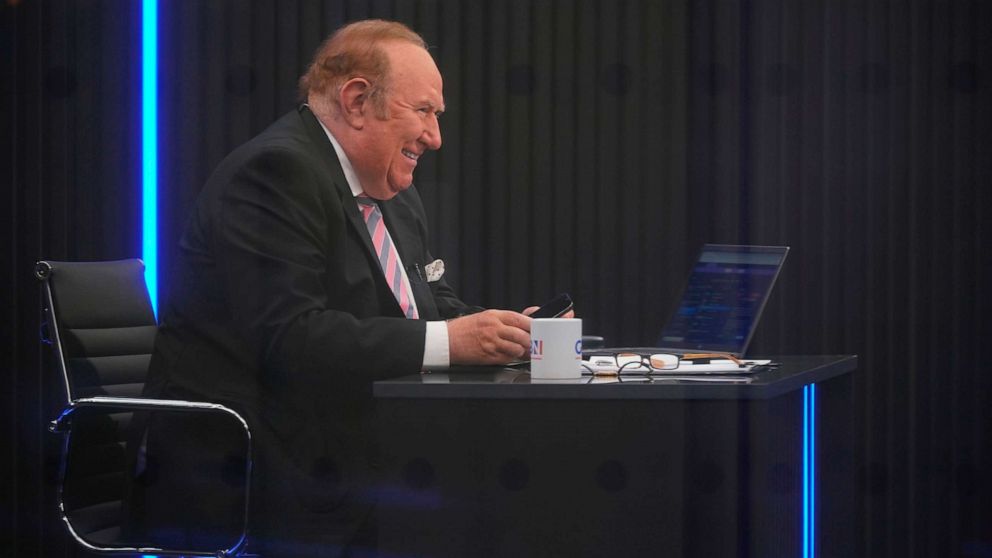 LONDON — For several months the British media have been anticipating the advent of GB News, a new conservative news channel and self-proclaimed antidote to the “metropolitan bias” of mainstream media, embodied by legacy broadcasters the BBC and Sky News.

British broadcasting, unlike in the U.S., is constrained by impartiality laws. Yet the new channel’s focus on pundit-led journalism, and an avowed mission statement to challenge liberal orthodoxies, represents something of a sea change in U.K. media. Critics have compared the channel to Fox News, but founders have dismissed the suggestions.

“I’m doing it because I believe the direction of news debate in Britain is increasingly woke and out of touch with the majority of its people,” GB News founder and chairman Andrew Neil, a former veteran of the BBC, wrote in The Sunday Express, a tabloid, back in February.

Yet since its launch last Sunday the new channel has been beset by technical problems. Anchors falling for spoof callers, the mislabeling of guests, audio issues and correspondents in the field staring blankly into space after they are teed up by the studio.

Journalists at GB News have pleaded with viewers for more time, saying the issues are to be expected for a channel in its infancy.

“Please judge us in six months,” GB News presenter Simon McCoy tweeted in response to their critics. “The audience is there – and is supportive. We are improving every day. It’s a start-up. Thank you for your patience. If you don’t want to watch.. don’t. Sticks and stones.”

Conversely on social media, a Twitter account, “GBNewsFails” with reportedly tens of thousands of followers, has documented the channel’s mistakes.

Topics so far have included right-wing talking points: cancel culture, the merits of lockdowns and whether or not the English national soccer team are right to “take the knee” in protest against racism at this summer’s European Championships. The new channel features dedicated segments to “culture war” issues, namely “Woke Watch,” “Uncancelled” and “Free Speech Nation.”

Regulators have indicated that the network should fall inside impartiality guidelines if they balance out their right-wing punditry with enough liberal opinion, iNews reported.

Even so, several advertisers have already pulled out of the channel and pledged a boycott. In response, Neil decried the companies’ withdrawal, saying “Woke nonsense has reached the boardroom and corporate capitalism is becoming the useful idiot of bigots bent on censorship.”

ABC News requested a comment from GB News, but has yet to receive a response.

Recent research suggests that while the use of “culture war” language has increased dramatically over the past few years, that does not necessarily correspond to changes in public opinion. In print media, just 21 articles were written in 2015 that used the term “culture war” in reference to the U.K., while 534 articles contained the term in 2020, according to a King’s College London study.

“It’s an incredible direct importation of language about cultural conflict that comes straight from U.S. thinking, from decades ago,” one of the lead researchers, professor Bobby Duffy, told ABC News. “So it’s a real phenomenon in terms of how quickly and how widespread our focus on that as an issue and a framing for cultural differences is.”

Duffy said that if they were to do the study again, they would have replaced “culture war” with the term “woke,” yet despite how emotive those terms are, public opinion, his research found, is generally more muted.

According to pollsters YouGov, 59% of Britons do not know what “woke” means. The term, often bandied about on social media, is defined by Merriam-Webster as “aware of and actively attentive to important facts and issues (especially issues of racial and social justice).”

KCL research suggests that around half of the U.K. belongs to groups that are “disengaged” on such topics, and three-quarters believe that divisions are exaggerated by the media.

“That doesn’t mean that the issues underlying it aren’t important to people,” Duffy said. “And that this isn’t an important and dangerous time of tipping into proper culture war, we have to be really careful. It’s just the extent of it, and the fervor is not yet there. The thing about looking at the U.S., is that [culture war] is a process, it takes time, over a long period.”

GB News will most likely look to tap into this nascent, but growing appetite for cultural debate, as well as distrust in mainstream outlets. The opening night viewing figures surpassed both the BBC and Sky News, according to Broadcast, an industry magazine.

Polls, however, are not always the best gauge for public opinion. Brexit — voted for by a slim margin of 52% — was in part was driven by concerns over culture, and was not predicted by the vast majority of the media and political classes. And politicians increasingly engage in debates around culture that dominate social media, with Prime Minister Boris Johnson recently weighing in on fans booing soccer players “taking the knee” and the recent suspension of a cricket player for historic racist tweets, the BBC reported.

The U.K. may not be in the full grips of cultural division, according to the polls, but culture wars can evolve over a period of time, according to Duffy.

“[Culture wars are] not about disagreement, it’s sort of about implacable conflict,” he said. “Where you’ve got one world view that’s utterly opposed to the other world view and the people that hold that other world view. And then you get really stuck with no compromise, or no good will between different positions. That’s the risk. Not a fractious debate or disagreement, but a proper separation where you can’t get compromise.”