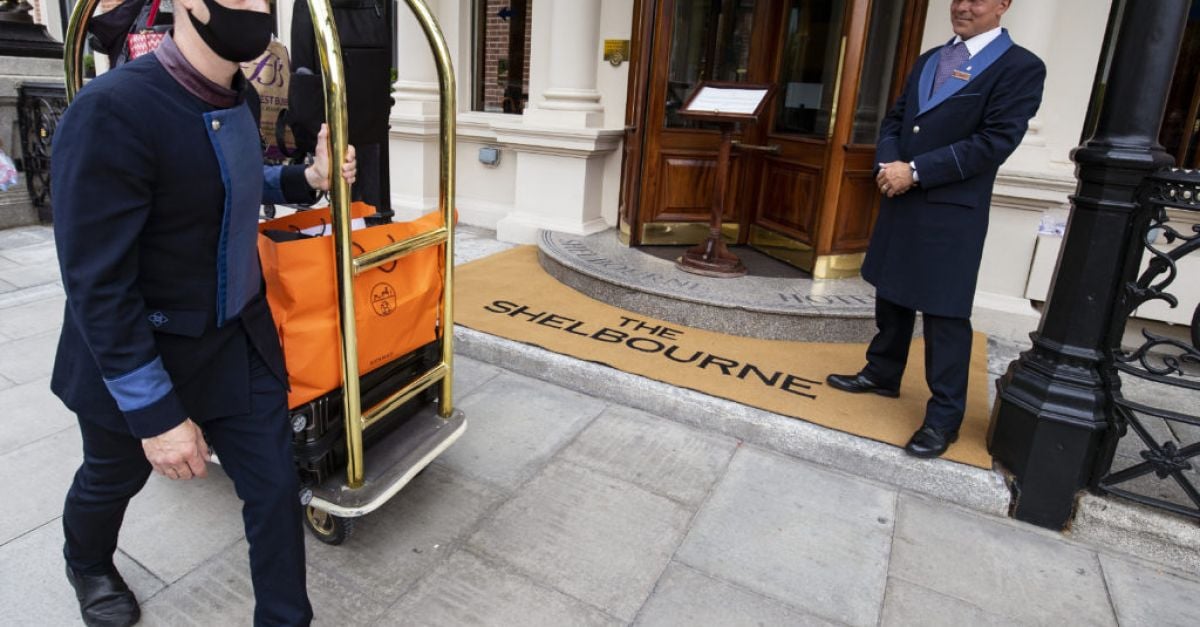 Internal industry figures seen by The Irish Times show that Dublin city centre hotels are facing a difficult summer, with average occupancy levels of about 13 per cent forecast for the height of summer based on current bookings.

This contrasts with hotels in many areas outside the capital which have seen a surge in bookings since the sector reopened on June 2nd and domestic tourism resumed.

Hoteliers and their representatives have criticised the decision this week by the Government to impose tough quarantine measures even on vaccinated travellers from Britain in their efforts to slow down the more transmissible Delta variant, which originated in India.

The Common Travel Area with the UK remains effectively suspended as vaccinated British travellers must quarantine in their accommodation for five days, while those who are not fully vaccinated must self-isolate for 10 days.

Dublin hotels had been relying on a pick-up in visitors from Britain to salvage some trade over coming months. British visitors’ relative importance is more pronounced in the capital, with domestic tourists more likely to go outside Dublin.

That hope has now been dashed with the tougher-than-expected rules announced this week following meetings between Government and public health officials.

The Irish Hotels Federation (IHF) described the measures as a “blow” for the city’s hotels. Paul Gallagher, general manager of Buswells hotel, a well-known political haunt near Leinster House, told The Irish Times that vaccinated travellers “should have the freedom” to visit without restriction.

“Quarantine measures are like telling even vaccinated British visitors not to come. On a tick list of things to do on your trip to Dublin, sitting alone in your hotel room for five days is not high up,” he said.

The IHF said the new British restrictions come “at a time when Dublin hotels already have occupancy levels at historic lows”.

“It is a very worrying development, particularly given the growing level of demand in recent weeks for travel to Ireland from our nearest neighbour.”