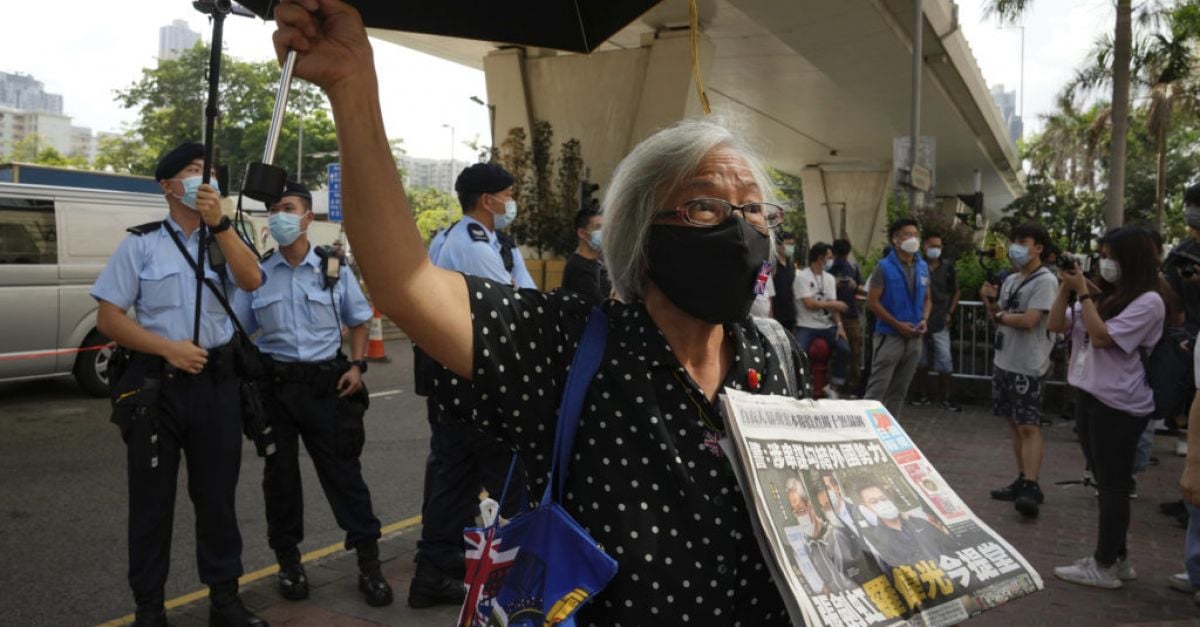 A Hong Kong court ordered the top editor of pro-democracy newspaper Apple Daily and the head of its parent company held without bail on Saturday, in the first hearing since their arrest two days ago under the city’s national security law.

Ryan Law, the chief editor, and Cheung Kim-hung, the chief executive of Next Digital, have been charged with collusion with a foreign country to endanger national security, in a case widely seen as an attack on press freedom in the semi-autonomous Chinese territory.

Chief magistrate Victor So said there was not sufficient grounds to believe they would not violate the security law again, and ordered them held at the Lai Chi Kok detention centre. He set the next hearing for August 13.

Law and Cheung arrived at the court in an unmarked white van with covered windows. A handful of activists held up a banner and copies of the Apple Daily outside before the hearing began.

Three others also arrested Thursday – two Apple Daily senior editors and another executive – have not been charged yet and were released on bail late Friday pending further investigation.

One of them, associate publisher Chan Pui-man, said after attending the bail hearing: “I think that all media workers in Hong Kong are worried.

“But for now, for us, tomorrow, we will still come out with our newspaper, and we’ll do our best to continue our work.”

The Apple Daily has long been one of the most outspoken defenders of civil liberties in Hong Kong.

It supported massive protests demanding more democracy in 2019 and has criticised the subsequent crackdown, including the enactment of a national security law last year.

The central government in Beijing has defended the legislation and the crackdown on opposition voices as necessary to restore order and stability.

The 2019 protests that challenged Beijing’s rule often started as peaceful marches during the day but turned into violent clashes between hardcore demonstrators and police at night.

Apple Daily founder Jimmy Lai is currently serving a 20-month prison sentence after being convicted of playing a role in unauthorised assemblies – rallies and marches that had not received police approval – during the 2019 protests.

He has also been charged under the national security law.

The latest arrests mark the first time journalists have been targeted under the new law, except for a freelancer who was arrested for pro-democracy activities.

Asked how journalists should avoid getting in trouble, Hong Kong security secretary John Lee told a news conference this week that “the answer is simple – do your journalistic work as freely as you like in accordance with the law provided you do not conspire or have any intention to break the Hong Kong law and certainly not the Hong Kong national security law”.