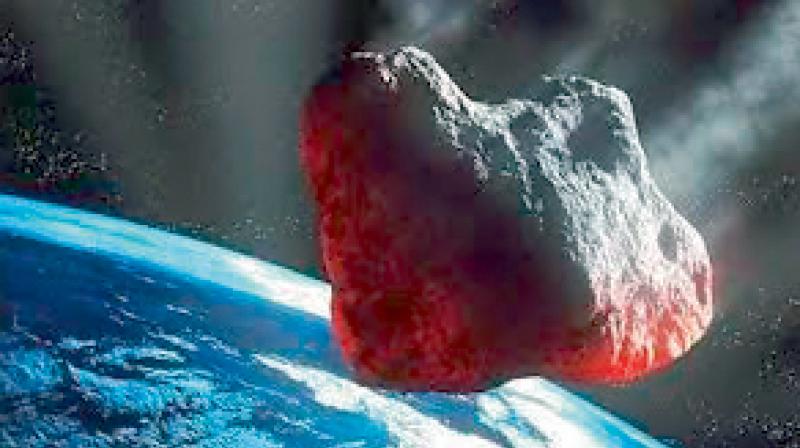 KAKINADA: A six-member team of science communicators in Andhra Pradesh discovered four new Asteroids Near-Earth Objects during a 45-day training programme conducted by All India Asteroid Search Programme as part of the Saptarishi India Asteroid Search Campaign under the umbrella of International Astronomical Search Cooperation under NASA grant and with support from Vigyan Prasar of Government of India (VIPNET).

Kuchipudi Gurrayya, the coordinator of Venus Visa Club (VP-AP0034), represented the team and Meka Susatya Rekha, a national best teacher awardee from Rajamahendravaram, led the team. The VIPNET selected as team members Gurrayya and Rekha of Rajamahendravaram, SERT, Information and Communication Cell, K. Kiran Kumar Reddy of Kadapa, M. Suresh of Vijayawada, Neelakantaiah of Chittoor district science officer and P.V.L.N Sriram of Vigyan Bharati. The same team was selected for the Special Asteroid Campaign which will be held in August on the occasion of Swatantrata ka Amrutotsavam, 75 years celebrations on Independence Day.

Gurrayya said that the science communicators and science teachers selected in the Asteroid Search Campaign set a new paradigm in scientific discovery. As many as 15 teams of representatives from over 20 states and union territories participated in the Saptarishi India Asteroid Search Campaign held from May 3 to May 28. He said the main objective of the IAC (International Astronomical Search Collaboration) is to provide astronomical data of high quality to citizen scientists around the world primarily taken by means of telescopes for asteroid search, to observe in subtle details the objects of space. Under this programme of Asteroid search, specific astronomical photographs obtained from Pan-STARRS Observatory are analyzed by software-trained citizen scientists and hence come to the preliminary discoveries by detecting the presence of asteroids near-earth objects.

Gurrayya said that the selected participants for this entire Asteroid Search Campaign underwent a rigorous 45-day asteroid-hunting training and the team led by him achieved a successful preliminary discovery of four asteroids Near-Earth Objectives. He said that near-earth objects present in space sometimes come so close to the orbit of our earth due to the force of gravity that sometimes they hit the earth and cause great destruction. So, it is very important to keep an eye on them. Millions of years ago, a huge celestial body collided with Earth in the Mexico region, causing the extinction of the entire population of dinosaurs and irreparable loss to the existing biodiversity of the region as well.

The national convener of Saptarishi India Asteroid Search Campaign, Amritanshu Vajpayee, appreciated that the role of Gurrayya in the research quest for protecting the Earth’s future from the celestial dangers is really admirable.