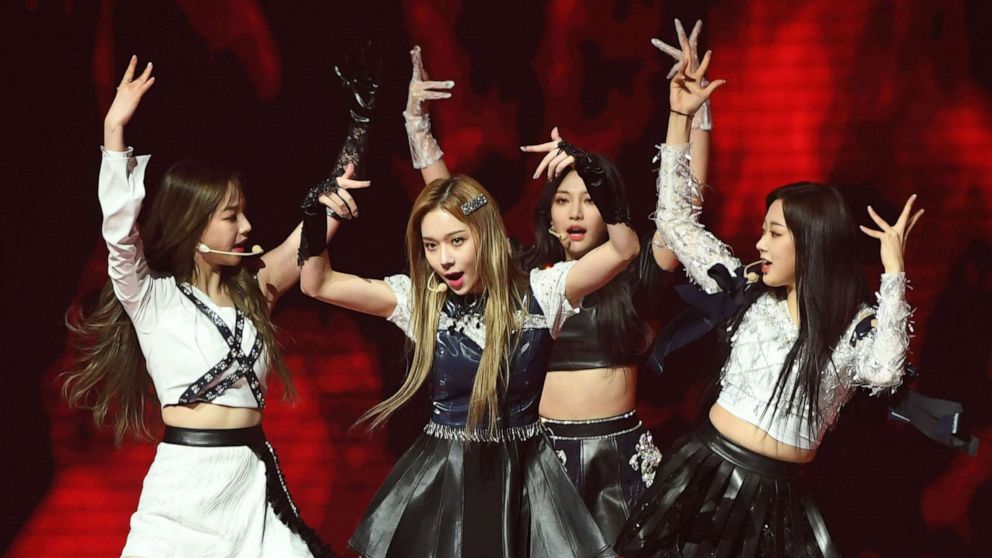 “Next Level” is a remake of a soundtrack from the Hollywood action film “Fast & Furious Presents: Hobbs & Shaw,” rearranged with a genre mash-up.

The music’s astonishing popularity is powered by a unique concept of Aespa’s identity and story, which are set in a futuristic digital universe where each of its four members coexist with their alter egos, or avatars.

The group’s members are ages 18 to 20 and hail from Korea, China and Japan — Karina, Winter, Giselle and Ningning. The quartet has been recognized by industry insiders for their talent in dance, vocals and rap.

Aespa’s concept is part of SM Entertainment’s grandiose project of “SM Culture Universe.” Various groups each have their own storylines that ultimately weave into each other, similar to the Marvel Cinematic Universe.

“This is the next wave in storytelling, a true reflection of our ever-changing times that bridges culture with technology,” Teddy Zee, a Hollywood producer and media and tech consultant based in Los Angeles, told ABC News. “It brilliantly mixes music with live action, anime, video games, virtual reality, augmented reality, artificial intelligence and social media into the ultimate entertainment experience designed for a new generation of fans and consumers. It is truly next level.”

While the four members of Aespa exist in the real world, their avatars — ae-Karina, ae-Winter, ae-Giselle and ae-Ningning — exist in a virtual world called the “flat.” According to Aespa’s official teaser video the “ae” stands for “avatar experience,” based on data uploaded by humans on the internet.

For example, human Ningning uploads photos and videos of her hobbies of drawing and computer programming to social media, so ae-Ningning is presented on social as a talented artist and a skilled hacker.

“Some people may not be able to recognize their own ae, and others try to actively interact with their ae,” a character playing the role of a professor in the SM Culture Universe explained in episode one.

Aespa’s members can interact with their own “ae” through text messages, phone calls and can even spend a limited amount of time together through a portal that connects both worlds: real-life and virtual.

“In the beginning I watched Aespa music videos to listen to their addictive catchy music, but there’s so much more to their contents. The story makes me wonder what the next story is going to be next. Who’s the villain? Are other groups joining future music videos?” Trevor Lee, an Aespa fan who identifies himself as “my,” Aespa’s official fan club, told ABC News.

SMCU fans are known to typically watch these official music videos and teasers in repeated patterns then share their own understanding of an often complex concept on social media like guessing what will happen next, who the villain is and what roles the Aespa members will play in upcoming episodes.

“After watching the SMCU episode 1, I was speculating that the ‘ae’ members are hacked and therefore affecting the alter-ego living in the real world,” Sunny Min, 24-year-old Aespa fan studying art in South Korea, told ABC News. “Knowing that SM Entertainment has been working on this culture universe since 2004, I am expecting to find hints from other SM Entertainment artists’ music videos from now on.”

A rookie K-pop lyricist Jiyun Choi speculated that perhaps another SM artist may join the upcoming episodes of the SM Culture Universe.

“NCT and EXO seem to share the concepts in the SM Culture Universe,” Choi told ABC News. “There’s a lot of fun trying to relate the post-credits scene hinting at the next story, like the split-second appearance of BoA in Aespa’s Black Mamba music video.”