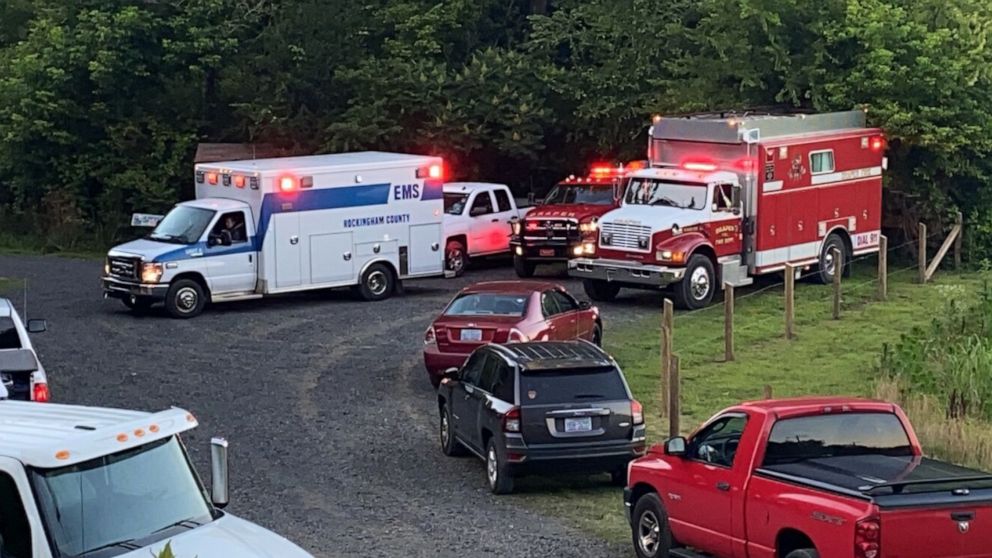 Three people are dead and two remain missing after five people who were tubing on a North Carolina river went over the edge of a steep dam, authorities said.

The five tubers were part of a group of nine people total, all relatives, who went tubing on the Dan River Wednesday evening, according to the Rockingham County Sheriff’s Office.

The group’s tubes were believed to be tied together, but at one point several came apart. The tubers floated over the dam, located near a local power plant, at around 7 or 7:30 p.m. on Wednesday, authorities said.

Four people who were “hanging on to various items” were rescued from the river at around 3:30 p.m. Thursday, Lt. Kevin Suthard, a spokesperson for the Rockingham County Sheriff’s Office, told ABC Radio. They were sent to a hospital for treatment, he said. They are expected to recover, officials said.

The three tubers who died were identified Friday as Bridish Crawford, 27; Antonio Ramon, 30; and Sophie Wilson, 14.

Two people are still missing after going over the edge of a dam, the Rockingham County Sheriff’s Office said. A search and rescue effort continued Friday from the Duke Energy plant to the Virginia state line, authorities said.

“We have done both an air and water search at this time,” Rockingham County Emergency Services Director Rodney Cates told Winston-Salem, North Carolina, ABC affiliate WXLV Thursday evening, prior to the three victims being found.

Aircraft have searched the river 6 miles into Virginia and back and along the ground adjacent to the river, Cates said. Another aircraft search is planned for Thursday night equipped with an infrared camera.

“They’ll be able to look at night, pick up heat images at night, in case they were able to get out of the river,” Cates said.

Tubing is a “regular activity” in the area, said Suthard, though he added that people are discouraged from tubing near the dam.