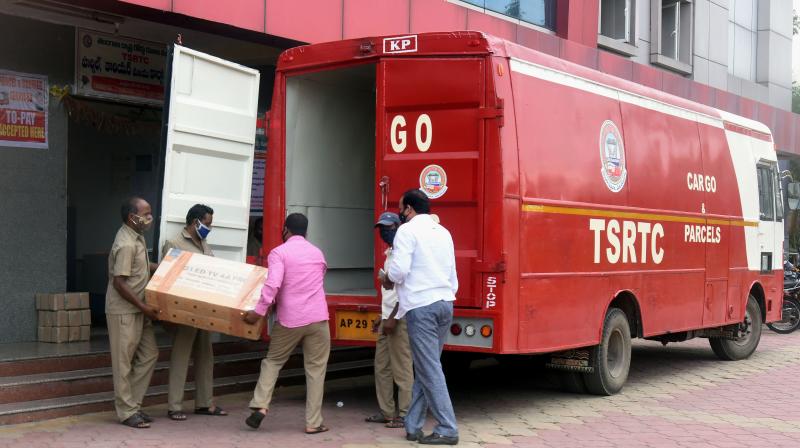 KHAMMAM: The Telangana State Road Transport Corporation (TSRTC) shipped 32 lakh parcels during the past one year through its cargo services. The corporation earned Rs 34 crore through regular parcels and another Rs 12 crore through cargo buses.

Minister for transport P Ajay Kumar said that the RTC commenced its cargo services on June 19 last year and it witnessed good progress in one year. The cargo services were started on the directions of Chief Minister K Chandrashekar Rao, he said.

The RTC had a memorandum of understanding with 810 transport agencies in shipping the goods, which are being transported from 177 bus stations in Telangana. “The RTC gained the confidence of people in a short time. The transport charges are affordable when compared to other transport companies,” he said.

RTC is doing home delivery services only in some areas in Hyderabad and it is planned to extend the service to all towns in the state. Ajay Kumar said the government corporations and departments like foods, horticulture, board of intermediate education, text books, trade promotion corporation, civil supplies, fertilizers and health were transporting their goods through RTC cargos.

Ajay said the RTC personnel, drivers and conductors were real leaders and they were working hard in increasing the income of the corporation. It was time to set right the financial condition of the corporation and every employee should work for it, he said, adding that commuters could also extend their assistance by travelling in RTC buses and using its cargo services.