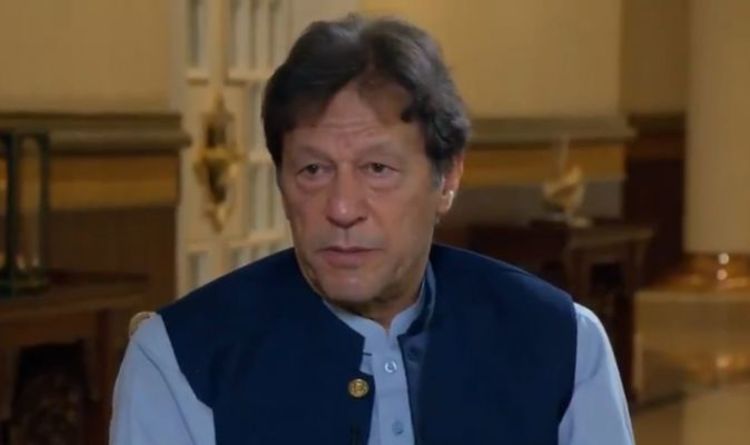 There have been increasing reports of serious violations against Muslim Uyghurs in the Xinjiang region in northwestern . Activists have claimed more than one million Uyghurs and other Turkic Muslims have been held in camps, some of them mistreated or subject to forced labour. China has furiously denied the accusations and has described the camps as vocational training facilities to combat religious extremism.

But Pakistani Prime Minister become involved in a furious row over the issue after clashing with a US journalist in a television interview.

Jonathan Swan, a journalist for US news website Axios, asked the Pakistani leader why he felt the need to write an open letter to Muslim states, appealing to them to unite against Islamophobia, particularly in the West.

Mr Khan replied: “The problem is there is a big communication gap between the Islamic world and Western societies that happened after 9/11.

“The moment you say Islamic terrorism, the man on the street in the West thinks there is something in Islam that leads to terrorism or Islam causes radicalism. 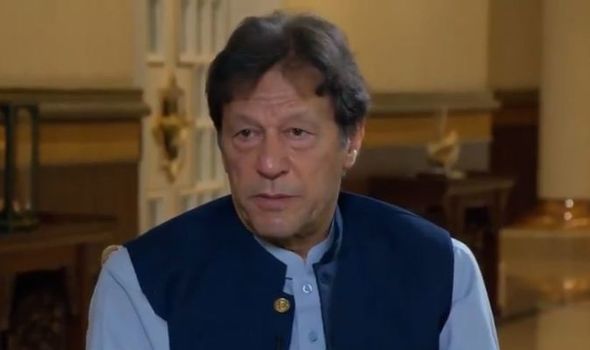 “After 9/11 when a terrorist attack went on when a Muslim was involved, the entire 1.3 billion Muslims started becoming targets.”

However, the interview quickly got heated when Mr Swan questioned the Prime Minister about the imprisonment of more than Uyghur Muslims in “re-education camps”.

He added: “The Chinese Government has tortured Muslims, forcibly sterilised them, and also punished Muslims for fasting, praying and even giving Muslim names to their children.

“Prime Minister, why are you so outspoken about Islamophobia in Europe and the United Stat4s, but totally silent on the genocide of Muslims in Western China?” 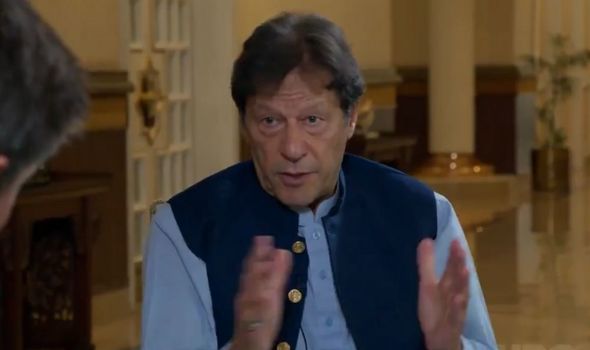 Mr Khan began: “What our conversations have been with the Chinese, this has not been the case, according to them,” before Mr Swan snapped back: “The evidence is just overwhelming!”

The Pakistani Prime Minister then appeared to attempt to defend China and praise the positive impact the country has had on his country.

He continued: “Whatever issues we have with the Chinese, we speak to them behind closed doors.

“China has been one of the greatest friends to us in one of our most difficult times. 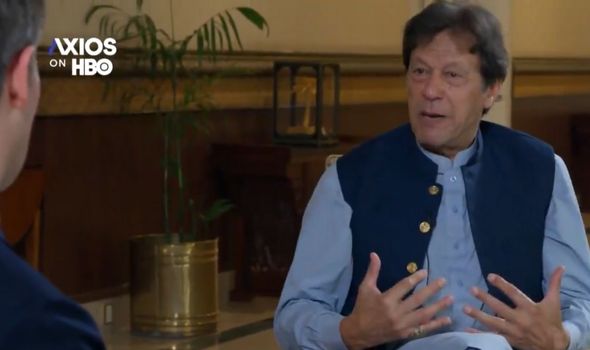 “When we were really struggling, and our economy was struggling, China came to our rescue.

“We respect the way they are, and whatever issues we have, we speak behind closed doors.

“How comes this is such a big issue in the Western world? Compared to what might be going on with Uyghurs, 100,000 Kashmiris have been killed.

“There are 800,000 Indian troops which…is an open prison in Kashmir…nine million Kashmiris have been put there.

“Why is that not an issue? I think it’s hypocrisy!”

Mr Swan responded: “China has been a huge partner to you, but doesn’t it make you sick you have to be quiet because of all this money they are putting into Pakistan? 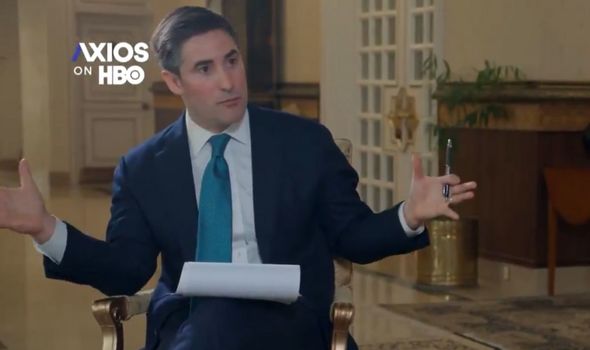 Mr Khan replied: “I look around the world, what is happening in Palestine, Libya, Somalia, Syria Afghanistan

“Am I going to start talking about everything?

“I concentrate on what is happening in my country, on my border.”

This sparked a furious response from Mr Swan, who raged: “This is on your border!”

Mr Khan continued: “100,000 Kashmiris are dying. That concerns me more because half of Kashmir is in Pakistan.”

The US journalist then said: “This is a grotesquely large human rights atrocity.”

But the Pakistani Prime Minister hit back: “First of all, I’m not sure about that.

“Our conversations with the Chinese, that is not the picture.”

Mr Swan concluded by asking if Mr Khan if he is not worried “in any way about the Muslims Uyghurs in Xinjiang?”

The Pakistani leader refused to be drawn in further and simply replied: “Our discussions with the Chinese will always be behind closed doors.”