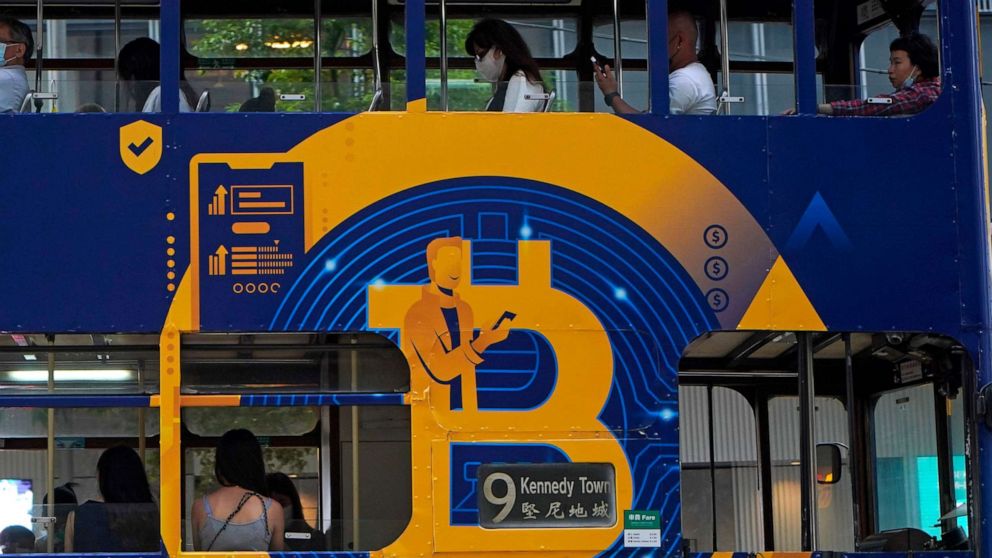 The price of Bitcoin slipped to its lowest levels in weeks on Monday amid news of further clampdowns on cryptocurrency in China.

As of noon ET on Monday, Bitcoin was trading at approximately $32,291, a plunge of more than 6% over the past 24 hours and a steep fall from its all-time high of nearly $65,000 in mid-April, according to CoinDesk data.

Bitcoin’s fall dragged down fellow cryptocurrencies including Ethereum, which was down more than 9% over the past 24 hours.

On Monday, China’s central bank put out a statement following regulatory talks with other financial institutions and payment platforms urging against providing services for virtual currencies, according to China’s state-run news agency Xinhua. In the statement, the People’s Bank of China linked cryptocurrency use to heightened risk of illegal activity and money laundering and accused virtual currencies of disrupting normal economic activity.

Among the groups urged not to use Bitcoin was Alipay — an operator of the widely-used payment platform in China, as well as a handful of major Chinese banks.

The news comes approximately a month after three state-backed financial institutions in China issued a separate joint statement warning about the dangers of cryptocurrencies due to their volatility and recommending that members do not conduct virtual currency-related business.

Moreover, Reuters and other international news outlets reported over the weekend that authorities in the southwest province of Sichuan ordered Bitcoin mining projects to close, further stoking concerns of a Chinese crackdown on crypto.

Bitcoin rallied sharply at the beginning of the year but has trended downward in recent weeks. In mid-May it took a nosedive after Tesla CEO Elon Musk said via Twitter that his company would no longer accept the cryptocurrency as payment and put a spotlight on the environmental impact of its mining process. Mining Bitcoin involves the use of specialized computer servers that consume immense amounts of electricity and in some cases rely on energy from fossil fuels.

Despite the discouragement of crypto use from China, other countries have embraced it and a number of firms have helped push it mainstream in the U.S. Earlier this month, the Central American nation of El Salvador became the first country in the world to approve the use of Bitcoin as legal tender. U.S.-based financial services platform Venmo recently announced it would let users buy, sell and store cryptocurrencies on its app. Venmo’s announcement comes on the heels of its parent company, PayPal, saying it would let users make online purchases using crypto.

Bitcoin’s volatility has stoked concerns among economists, but its steady upward trajectory since late last year has also made a lot of individual investors wealthy. Despite Monday’s dip, Bitcoin is still trading at more than three times what it was a year ago.