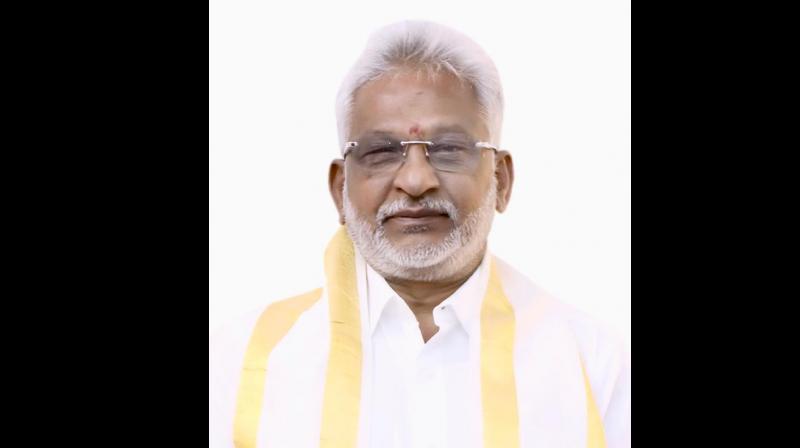 TIRUPATI: If the news coming from the YSRC sources is to be believed, Y.V. Subba Reddy is likely to get an extension as the head of Tirumala Tirupati Devasthanams (TTD), the country’s largest Hindu temples conglomerate. The two-year tenure of Reddy, who is the maternal uncle of CM Y.S. Jagan Mohan Reddy, ends on June 22.

His extension seems to be certain, though many in the party are lobbying for the prestigious post. Along with him, the tenure of a few Trust Board members may also be extended by 1 or 2 years, as most of the board’s tenure was eclipsed by the Covid-19 pandemic. Also, rumours are doing the rounds about a move to trim the jumbo size of 37-member Board.

Subba Reddy took oath as the 50th chairman of TTD Board on June 22, 2019. Three months later, the state government, expanding the Board, inducted 37 members into it to manage the affairs of the country’s one of the richest Hindu temple bodies.

The Board under the chairmanship of Subba Reddy has faced quite a a few controversies in these two years. Add to it, revenues at all TTD temples including the hill shrine hit the rock-bottom due to low pilgrim turnout on account of Covid-19.  A major controversy erupted when the Board revoked the previous Board’s decision on disposing of the immovable properties gifted by devotees.

To name a few important resolutions, the Board requested the government to entrust the statutory audit of temple management accounts, hitherto being conducted by the state audit department, to CAG, reinstatement of Dr Ramana Deekshitulu’s services at Srivari temple, increase in the price of Laddu prasadam etc.

Meanwhile, as Reddy is also involved in the active politics, instead of devoting all his time to TTD alone, sources hint that he could be eyeing a Rajya Sabha seat and the CM may oblige his request. Then, a big question is who will replace him and occupy one of the most coveted nominated posts in the country.  A few names including Mekapati Rajamohan Reddy, former MP from Nellore, Akepati Amarnath Reddy, former MLA from Rajampeta, and Bhumana Karunakar Reddy, YSRC MLA from Tirupati, could be in the race for the prestigious post.