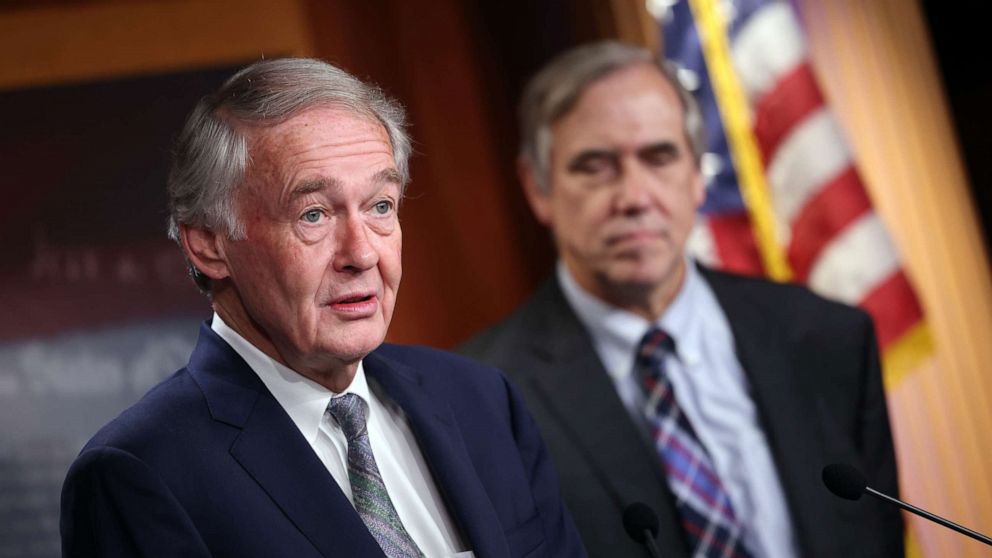 Progressive Democrats are threatening to sink a bipartisan infrastructure proposal if they do not receive assurances that moderate and conservative members of their own party would back a go-it-alone effort to pass President Joe Biden’s other key infrastructure priorities.

Those progressives want a guarantee that Democrats would unite behind the use of a fast-track budget tool known as reconciliation that allows them to bypass GOP objections with a party-line vote on a package including, climate, elder and child care and housing.

Senate Majority Leader Chuck Schumer is in a difficult position. He cannot afford to lose progressives if he hopes to muster the 60 votes necessary to pass a bipartisan infrastructure bill. And to pass more progressive priorities using reconciliation, he can’t afford to lose a single Democrat.

“One of the questions asked in our caucus lunch: Will the Democrats who are a part of this (compromise) be with us on reconciliation for what is not included?” Sen. Dick Durbin, the Democratic whip, said Monday. “I think that is an important question.”

To that end, Schumer announced Tuesday that he plans to convene Democrats on the Senate Budget Committee to lay out their 2022 budget objectives. This move is the first step necessary to tee up the reconciliation process.

For progressives, evidence that Democratic leadership is moving forward with reconciliation is essential to secure votes for the bipartisan deal.

“I wouldn’t vote for it,” he said on Monday.

But other Senate progressives held the door open, saying they could be willing to vote for the bipartisan deal if they can get a “guarantee” that a reconciliation package, with climate at the center of it, is a sure thing.

“There has to be a guarantee ultimately — an absolute unbreakable guarantee — that climate is going to be at the center of any infrastructure deal which we cut,” Sen. Ed Markey, D-Mass., said Tuesday. “So we can haggle over what the process is, maybe, but we can’t over what the end product is.

Relying on reconciliation to pass priorities essential to the Biden agenda and progressives is a gamble for Democratic leadership. Some Democrats have said previously they wouldn’t back a partisan effort, and Schumer needs all 50 Senate Democrats to pass a reconciliation package.

But Monday night, in a potential shift in position, Sen. Joe Manchin, a moderate who has previously said he opposes moving forward with reconciliation, left the door open to supporting it.

“I’d like to make sure that both of them get a fair look and see,” Manchin said, referencing the bipartisan deal and the reconciliation package. “We’re looking at everything. I just want to see what the bills are.”

Following the meeting, GOP members seemed increasingly open to the proposal — the details of which have not be revealed to the public.

Though a lot of questions remain, Republican whip, Sen. John Thune, said the proposal was received “favorably” by his members.

“Our members were very open to it,” Thune said. “There was a lot of pretty good feedback even from some of our more conservative members.”

Key negotiators have been reluctant to set a deadline on when negotiations need to be wrapped up, but time is running out, with only a few weeks before a legislative recess.

“Two weeks this month, three weeks next month, one week in August,” Durbin said. “So you put that down on the table and say well what do we have to do? A lot.”