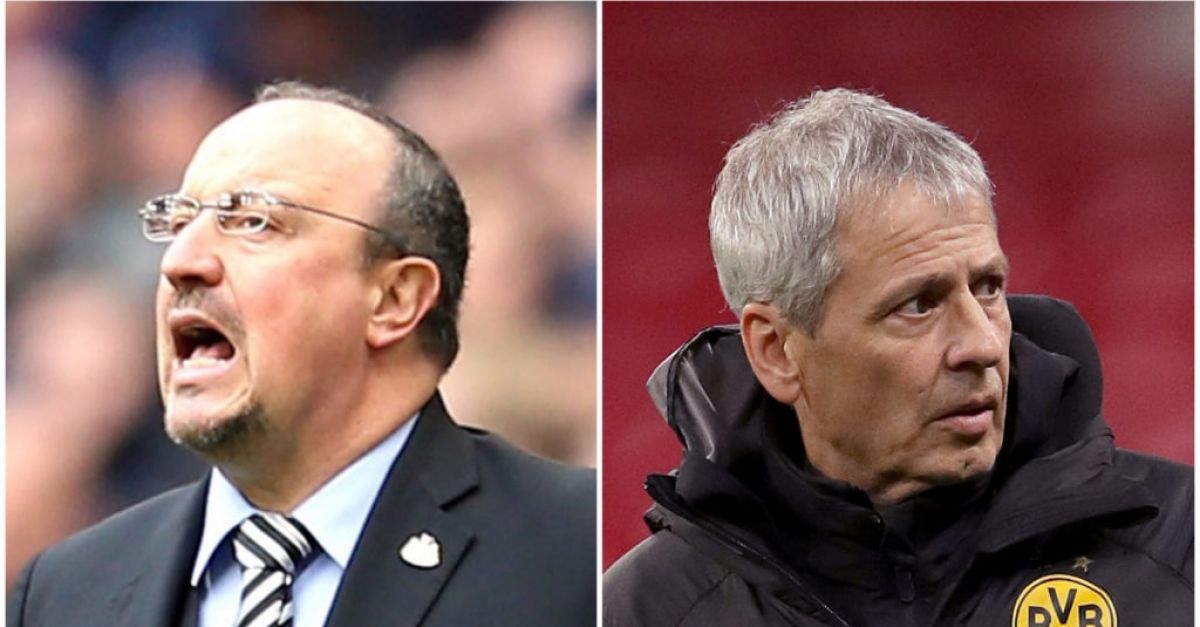 Former Liverpool boss Rafael Benitez appears to be heading closer to a Merseyside return. The Mirror reports representatives of the 61-year-old Spaniard, whose last Premier League appointment ended with Newcastle in 2019, held talks with Everton’s owners at the weekend. The paper says Benitez, who won the Champions League with the Reds in 2005, is still likely to be hired despite fan backlash to earlier reporting he was being considered for the manager’s job at Everton.

The Guardian, however, reports the Blues are believed to have expressed interest in Lucien Favre for the position. The 63-year-old has been out of work since Borussia Dortmund dismissed him in December, following two second-place finishes in the Bundesliga. But Everton face competition for the former Switzerland midfielder’s signature, the paper adds, from Crystal Palace who held positive talks with Favre about replacing Roy Hodgson.

Manchester United have reportedly made progress in their attempts to bring Pau Torres to Old Trafford this summer. The centre-back turned heads with his role in Villarreal’s penalty shoot-out victory over United in last month’s Europa League final. There is a growing belief at the Red Devils that they will be able to sign the 24-year-old later in the summer after Spain’s Euros 2020 campaign concludes, according to the Manchester Evening News.

The Liverpool Echo says the Reds are not planning to offload Kostas Tsimikas amid reports linking him to a number of European clubs. The 25-year-old Greece left-back has appeared just seven times for Liverpool since joining the club last summer. But the Echo reports management at Anfield are pleased with the defender’s commitment at training, particularly in the second half of the previous campaign, and do not intend to sell him.

Boubakary Soumare: The 22-year-old Lille midfielder will have a medical at Leicester in the coming days prior to signing a five-year deal with the club, according to La Voix des Sport.

Denzel Dumfries: Everton’s chances of signing the Holland international full-back, 25, from PSV Eindhoven have been dealt a blow with Voetbal International reporting Bayern Munich have joined the race, which also includes AC Milan and Inter Milan.