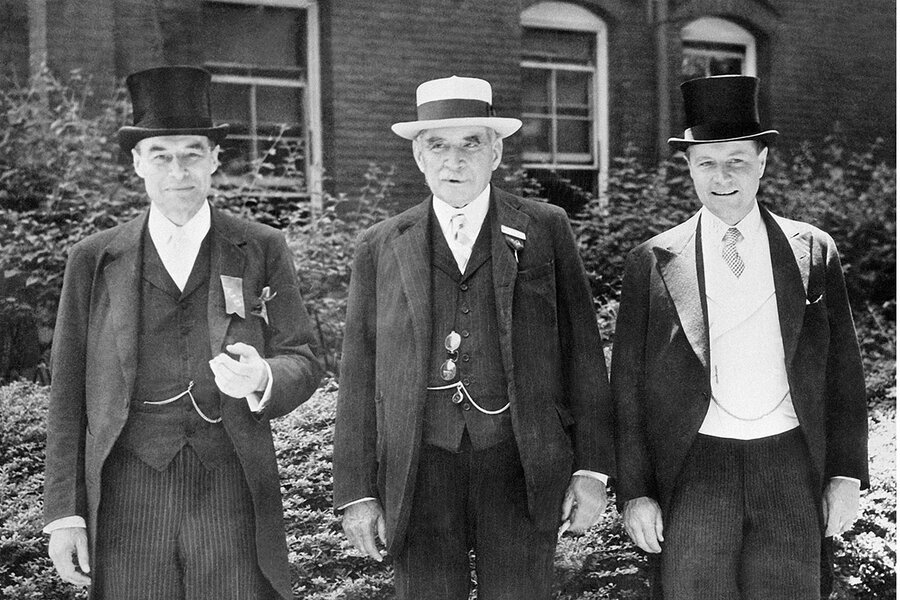 The similarities are striking. Both men were among the richest Americans at a time of high inequality. (Mr. Bezos is now the world’s richest person.) Both appeared to use legal means to cut their taxes, feeding perceptions the system was rigged in favor of the rich. Both exposés appeared months after the inaugurations of Democratic presidents pledging to boost government spending after sharp economic downturns and to tax the rich to pay for it.

Partly, that’s because the explosive revelations are so new and ProPublica promises more. On Wednesday, it revealed that multimillionaire Tali Farhadian Weinstein, the leading candidate for Manhattan district attorney, paid no federal income tax in three of the last eight years. If Ms. Weinstein wins the election, she would take over one of the key investigations into the taxes of former President Donald Trump, another person of wealth.

It’s also important to note that for all the similarities, the United States economy is in a much different place today than it was in 1933. Then, it was mired in the fourth year of a depression that had some questioning the future of capitalism. Today, it is recovering smartly from a pandemic-induced recession that lasted only months. Then, the federal government was far smaller and had a long record of generally balancing its budget – at least in peacetime – compared with today’s much larger bureaucracy and chronic and growing deficits. Then, only the rich paid federal income tax. Now, everybody’s subject to it.

The tax revelations come at a time when income inequality is an issue of high concern for some Americans. And while the tax system didn’t cause that inequality, it’s an open question how much it’s doing to readjust the balance. The challenge runs far deeper than a debate over what rate high-income Americans should pay, and it’s hardly limited to Mr. Bezos. Last week’s blockbuster report showed that Elon Musk, Michael Bloomberg, Carl Icahn, and George Soros also paid no income tax at least once in the past 15 years.

Is the system fair if some of the richest men on earth sometimes don’t pay taxes? Is it equitable if they pay a lower rate than the middle class?

According to ProPublica, the answer is clear: “Taken together, [the data] demolishes the cornerstone myth of the American tax system: that everyone pays their fair share and the richest Americans pay the most.”

Mr. Bloomberg, publishing billionaire and onetime Democratic presidential candidate, paid even less: a “true tax rate” of 1.3% during that period. Mr. Bezos, founder of Amazon.com, 1%. Warren Buffett, investor extraordinaire who once said his secretary paid a higher rate than he did, 0.1%.

Not so fast, conservatives counter. ProPublica’s “true tax rate” is fictitious. The United States doesn’t tax wealth, only income. “The stolen IRS data provide the story with voyeur appeal, but it turns out to be a bait-and-switch,” complain former Senate Banking Committee chairman Phil Gramm and Mike Solon, a partner of U.S. Policy Metrics, in a recent Wall Street Journal op-ed. “ProPublica laments that taxpayers are acting ‘perfectly legally’ in not paying a federal wealth tax, which doesn’t exist.” (It’s a crime to disclose someone’s tax returns. Authorities are looking for the person who gave the data to ProPublica, which says it doesn’t know the identity of its source.)

While most Americans support the idea of taxing the rich, it’s not a top-ranked issue for many, according to Gallup, the polling organization. Just 1% of Americans say the rich-poor gap is the nation’s biggest problem and in some ways they like having a rich class, perhaps as something to aspire to for themselves.

A lot also depends on how one counts income. Officially, the top 400 income earners in the nation pay about 23% of their income in federal income tax, according to the latest IRS data.

But that doesn’t tell the full story, either, write economists Emmanuel Saez and Gabriel Zucman in their 2019 book “The Triumph of Injustice: How the Rich Avoid Taxes and How to Make them Pay.” That’s because billionaires are unlike most Americans. Instead of making most of their money from wages or salaries, which are taxed, they make it from the growth in their capital holdings, which are not taxed.

In short, the ProPublica “true tax rate” may not be measuring what is legally owed, but it does provide a gauge for assessing the system’s fairness, Dr. Saez and Dr. Zucman argue.

Consider Mark Zuckerberg, who owns 20% of Facebook, which makes him the world’s fifth-richest individual. The company made $20 billion in profits in 2018, which means he made $4 billion in a year. And the company didn’t pay any dividends on its stock, so there was nothing to tax unless Mr. Zuckerberg had sold stock.

He does pay tax in the sense that Facebook pays a corporate tax. But “the corporate tax has almost disappeared,” write Dr. Saez and Dr. Zucman. First, in 2018 the Trump administration, in perhaps its signature achievement, pushed through tax cuts that reduced the corporate rate from 35% to 21%. Second, like many corporations, Facebook has shifted profits to a tax haven (the Cayman Islands in its case) where it pays little or no corporate tax.

Even if Facebook did pay dividends, Mr. Zuckerberg would benefit from another break that the tax code has offered share owners since 2003: a rate of no more than 20% – lower than the top rate for wages and salaries. That break helps all investors a little when they make a few hundred or thousand dollars on their stocks. It helps wealthy people a lot when their dividends run into the millions.

Finally, the Trump tax cuts also introduced a discount on business income, so that a high-income person’s highest rate was 29.6% if the money came from their business as opposed to 37% if it came in the form of wages.

The Trump tax cuts represent one swing of a long-running pendulum. Much of 20th-century tax history seems to be an ongoing search for the right rate to tax wealthy people.

Instituted in 1913 as a 1% levy on the rich – with a 6% surcharge for the uber-rich who were pulling in $500,000 or more – the top tax rate has bounced around considerably (see chart). During World War II, the top rate hit a whopping 90%, even as the federal government extended the income tax to the middle class.

After the war, the idea of a broad tax on income stuck, but the practice of taxing $9 of every $10 of rich people’s income gradually lost favor with both Republican and Democratic presidents pushing through cuts to the top rate. In 1986, President Ronald Reagan and congressional Democrats reached a bipartisan deal where the top rate was lowered to 28% in exchange for closing many of the loopholes the rich had been using to avoid paying tax.

That was a high point of bipartisanship that could have led to more reform, says W. Elliott Brownlee, professor emeritus of history at the University of California, Santa Barbara. “That was the moment that we lost… . There was a possibility that we would have a significant consensus of support to moving the tax system back in a more progressive direction.”

Instead, succeeding administrations went their own way, becoming increasingly ideological about tax cuts and increases. Democratic presidents undid what Republican presidents did and vice versa.

So far, President Joe Biden seems poised to continue that trend, promising to return the top rate for individuals from 37% to 39.6% and undoing Mr. Trump’s corporate tax rate cut by bringing the rate back to 28%. However, he has also signaled he might keep the current 21% rate if it will build GOP support for his infrastructure spending plans.

Serious discussion of tax reform involving a wealth tax (which conservatives see as harming growth) or a European-style value-added tax (which scares liberals because of its potential to hit the poor more than the rich) are on hold. But Mr. Biden is proposing a boost in the tax rate on capital gains, and is seeking, in effect, a tax on large inherited fortunes.

Conservative economists see reasons to favor capital income in the tax code, because it incentivizes entrepreneurs to create new products and companies, creating jobs and economic activity that generate tax revenues in their own right.

Would the nation really want through heavy taxes to discourage a young Bill Gates from starting Microsoft or a young Elon Musk from creating Tesla and SpaceX? The economic growth and jobs created by these companies have generated far more tax revenue than even the most onerous taxation on those two individuals would ever produce.

Then again, some researchers question whether extra job growth follows tax cuts for the wealthy. And, they ask, should billionaires who don’t create dynamic new companies get the same tax breaks as those who do? Also, should the tax system enable their wealth to grow faster, on average, than everyone else’s?

These questions, coupled with the political clout of money, leave America with a tax debate that may not be resolved anytime soon.