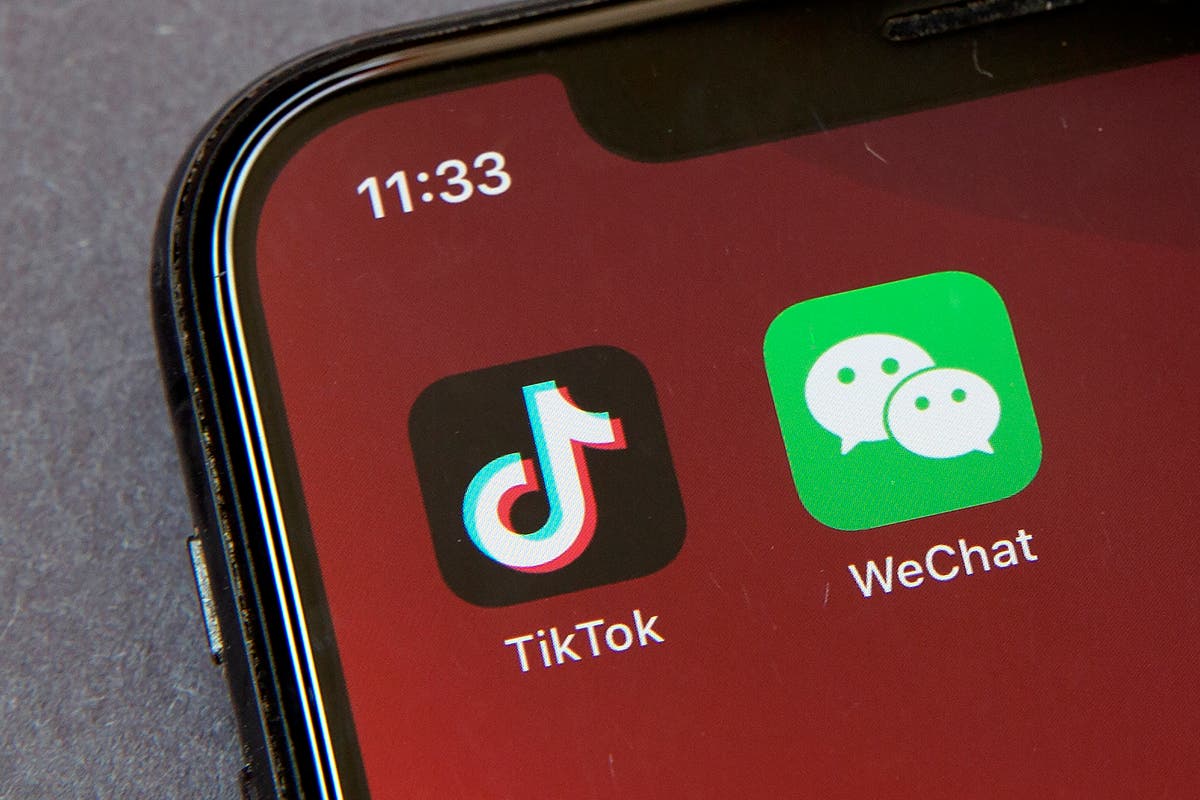 President Biden will revoke the executive order signed by Donald Trump that intended to ban TikTok from the United States.

A memo about the order, which is apparently being circulated by the Commerce Department, according to the The New York Times, will also address the ban on messaging platform WeChat.

Neither the Commerce Department nor WeChat responded to calls or emails for comment before time of publication. TikTok did not provide a statement to The Independent before publication.

The order “will direct the secretary of commerce to use a criteria-based decision framework and rigorous, evidence-based analysis to evaluate and address the risks” of the Chinese apps.

“As warranted, the secretary will determine appropriate actions based on a thorough review of the risks posed by foreign adversary-connected software applications.”

It is possible that the result of the evaluation could result in another ban. “All the mobile apps named in the revoked executive orders are eligible for evaluation under the process we’ve outlined”, a senior administration official told the The Washington Post.

“The administration is extremely committed to ensure protection of Americans’ data from foreign at-risk apps across the board … including large and popular apps. I think there are a wide range of actions that can be negotiated or imposed to ensure Americans’ data can be comprehensively protected,” said another.

Donald Trump’s attempts to ban TikTok and WeChat were hampered as judges continually delayed the order due to its illegality. US district judge Carl Nichols said that “the government likely exceeded [the International Emergency Economic Powers Act’s] express limitations” when implementing the executive order Mr Trump signed in August 2020, which would have banned the app on 12 November 2020.

The original order declared TikTok and other Chinese apps such as WeChat a “national emergency”, and used the government’s power to ban transactions between the US and foreign countries.

The US government made the argument that TikTok was a national security threat due to Chinese parent company Bytedance and possible ties to the Chinese government. However, it had no smoking gun to ban the app, Tim Stevens, a lecturer in global security at King’s College London, told Wired last year.

At one point, TikTok was going to be sold to Microsoft, then Walmart, and finally Oracle. However, that deal has been “shelved indefinitely”, according to a report from The Wall Street Journal, and was criticised for its lacklustre regulatory teeth at the time.

“A deal where Oracle takes over hosting without source code and significant operational changes would not address any of the legitimate concerns about TikTok,” former Facebook security chief Alex Stamos wrote in a now-deleted tweet, “and the White House accepting such a deal would demonstrate that this exercise was pure grift.”

TikTok’s privacy policy states that the company reserves the right to share user information with other members of its corporate group – which includes Bytedance – which could then theoretically share user data with Beijing, according to research from Protonmail.

China’s National Intelligence Law from 2017 requires organisations and citizens to “support, assist and cooperate with the state intelligence work,” and although Chinese companies have said they would not comply with such action, experts reportedly believe they would not have a choice.

However, that did not explain why TikTok and other Chinese apps were not banned previously, and TikTok said it would take the US government to court to defend itself. TikTok has repeatedly denied allegations that it is a national security threat.