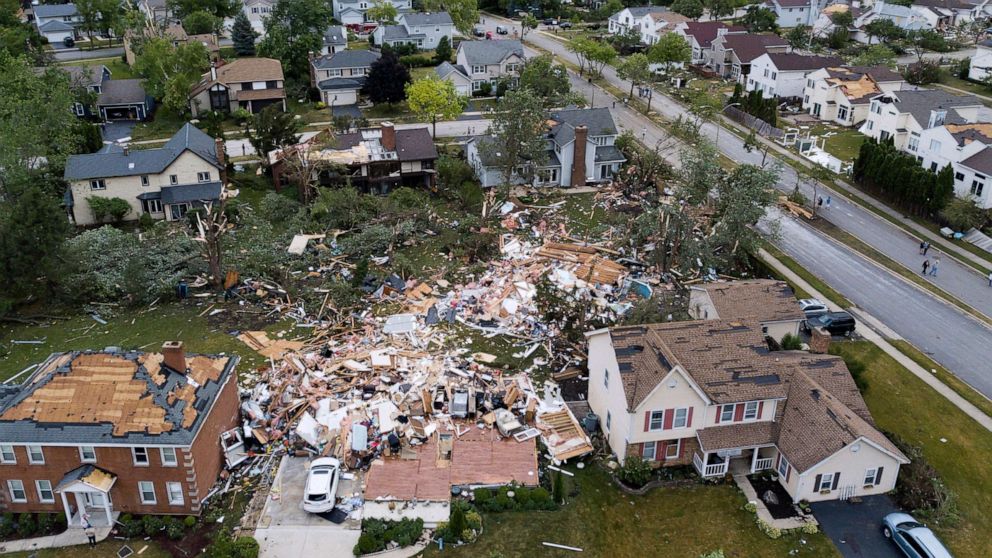 “It was like a bomb went off with all the debris in the streets,” Ryan Puraleski told ABC News.

Eight people were hospitalized following the late-night twister. One person was critically injured but has since been upgraded to fair condition, Naperville Fire Chief Mark Puknaitis said at a news conference Monday.

Some people had to be pulled from their rubble-filled homes, he said.

Everyone is expected to survive, Puknaitis said.

At least three storm-related deaths were reported in Alabama this weekend.

In Tuscaloosa, a 24-year-old man and his 3-year-old son were killed when a tree fell on top of their house, according to Capt. Marty Sellers of the Tuscaloosa Police Department.