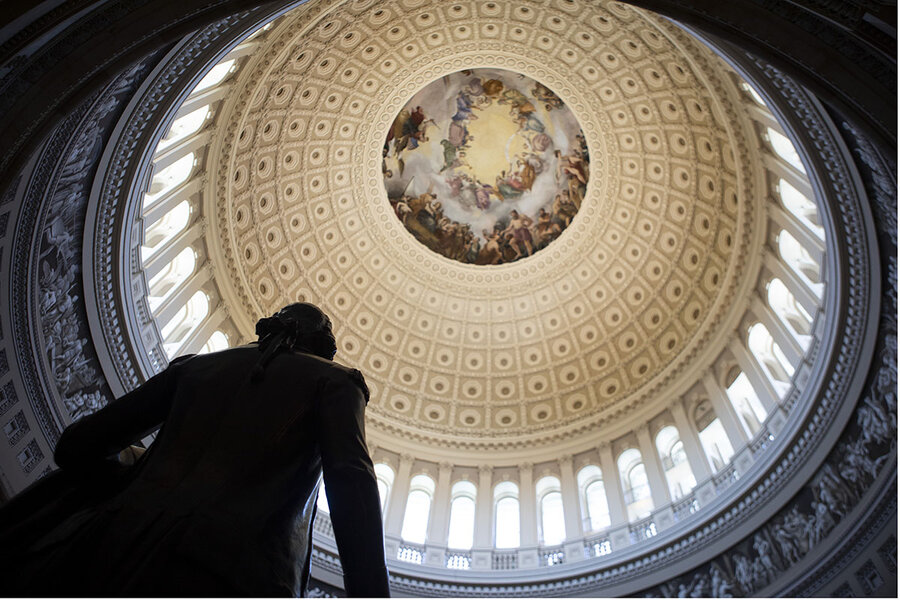 Mr. Drutman’s most recent book, “Breaking the Two-Party Doom Loop: The Case for Multiparty Democracy in America,” argues that increasing the number of major political parties in the U.S. could diffuse the extreme partisanship that currently bedevils the country’s politics and produces legislative gridlock in Washington.

The two-party system with winner-take-all elections “leads us to see our fellow citizens not as political opponents to politely disagree with but as enemies to delegitimize and destroy,” he writes. “It turns politics from a forum where we resolve disagreements into a battlefield where we must win and they must lose.”

This conversation has been lightly edited and condensed for clarity.

You were one of the primary organizers of the democracy scholars’ letter, warning of the deterioration of democracy in the U.S. How did that come about?

There is a real sense of anxiety among a broad community of scholars who have studied democracy for a long time, both domestically and around the world. And there are certain, pretty consistent patterns of democratic decline you can see if you study this stuff and understand what the basics of democracy are. What happens when one party stops believing in the idea that there’s a legitimate opposition?

There’s a real sense of urgency, I think. And we’re having a lot of debate about voting reform, and we felt it was important for folks to know the context that people who think about this for a living can provide. It seems like many people are thinking about democratic collapse something like the way we were thinking about COVID-19 in January of 2020 – the sense that it can’t happen here because we’ve never had something like that, or that it’s something that happens in other countries.

But you know, the signs are there.

There have been a lot of open letters from different professions and academic disciplines over the last year or so. Do you think this will lead to concrete change? And if not, what’s the purpose?

Maybe it’ll change votes; I don’t want to rule out that possibility. But I think the point is to communicate a sense of the stakes and to articulate something that a lot of people are feeling in an authoritative, potentially forceful way.

You write that several states are transforming their political systems to the point where they “no longer meet the minimum conditions for free and fair elections.” Which states are those?

We’re thinking about what’s happening in Georgia and in Texas – though the new voting law in Texas hasn’t yet passed.

What is the definition of a free and fair system? It’s a system in which all voters count equally regardless of which party they support, or their race or ethnicity, or any other characteristic. Where both parties have an equally fair chance of winning.

When you tilt the playing field decisively in one direction or another, and give power to partisan legislators to override and intimidate election administrators, that does not meet the conditions of a free and fair democracy. It’s not a hard and fast line. But the trends are all in the direction of making free and fair competition harder, putting thumbs on the scale, in Iowa, Arkansas, Montana, and so forth.

The letter focuses on statutory changes, election procedures, vote certification, and other rules. But the impetus for many of these changes was former President Donald Trump’s unfounded claim that the 2020 election was stolen. What’s the bigger danger to democracy – bad rules, or people operating in bad faith?

That’s a good question. It’s a little bit of both.

Democracy depends on both rules and norms. And you can have good rules, but if you have people who are intent on abusing those rules or changing them, there’s only so much the rules can do. On the other hand, the rules can also put some hard constraints on what people can get away with.

There’s an argument that if a party is truly intent on election subversion, there are limits to what the rules can accomplish if that party has power. And we see that time and again, in countries around the world. Plenty of powerful parties break and bend and rewrite the rules. So that is a fundamental challenge. But at the same time, you wouldn’t say we shouldn’t have any rules, right?

Your most recent book is titled “Breaking the Two Party Doom Loop.” Why do two major parties in a big country create a “doom loop?”

We have in the U.S., really for the first time in decades, two truly nationalized parties with no real overlap. For the first time, it’s a really genuine two-party system. And the fight is over national identity. It’s over the story of America. It’s over who we are. And that has created this incredibly high-stakes conflict in which we have closely fought elections. There’s an incredible amount of demonization and negative partisanship, which is creating a politics in which winning elections is more important than preserving fair rules of the game.

Democracy is a system that relies on parties being able to lose elections and a set of rules surrounding elections that all sides agree are fair and impartial. When you lose that, it just becomes a matter of competing force. Democracy is a way of resolving disputes without violence. But if you can’t agree on the rules, then violence becomes the way that you enforce things. And that’s the dangerous trajectory that we’re on.

What you propose is taking this political polarization and diffusing it among more political parties? Is that right?

Essentially, the problem is that [right now] the way that parties win is by being the lesser of two evils, and by demonizing their political opponents, because that’s the unifying force in parties and it works. But you’ve never heard the phrase “lesser of three evils” for a reason.

If you look at multiparty elections, candidates and parties have to stand for policy. They can’t just get by on attacking the other side as extremist and dangerous.

In a multiparty system, parties form coalitions and work together on different issues. If you want to have a sustainable political system, you need to have constantly shifting allegiances – you can’t have permanent enemies. And there’s something about the binary condition that really triggers this kind of us-against-them, good versus evil, thinking.

There wouldn’t necessarily be less overall conflict in such a political system, right? It would just be spread around – say, between an ethnonationalist right-wing party and a conservative libertarian party, or between a progressive party and a center-left party?

With multiple parties, you can form different coalitions and you can have logrolls [the trading of favors], you can have positive sum deals. It changes the dynamic.

But there’s plenty of evidence that democracies with single-member legislative districts and winner-take-all voting inevitably tend toward a two-party system. Is there a way around that?

Proportional representation. [Note: This is an electoral system in which the number of seats held by a political group in a legislature is determined by the percentage of the popular vote it receives.]

Wouldn’t an anti-democratic ethnonationalist party remain a force under this system? That’s what we’ve seen in Europe.

They would be a powerful force, but they might break up into different groups, some of which are more anti-democratic than others. The dynamics would be different. You’d still have an ethnonationalist faction similar to the AfD in Germany. But the faction would be more isolated and it would be easier for the other groups to organize against it.

On their own, they would be a distinct minority. And they should be! You’ve got to give the pro-democracy supermajority in America a chance to organize.