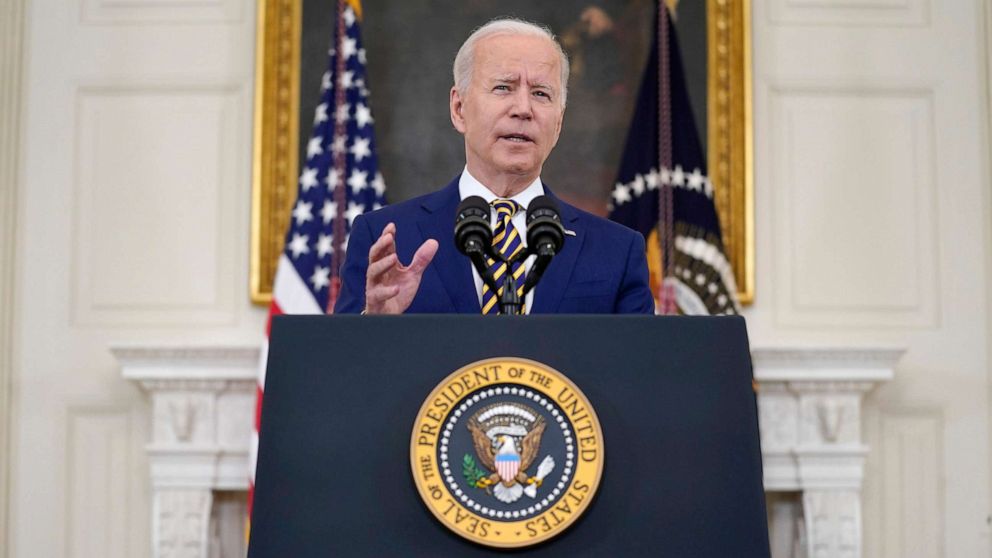 Still struggling to reach his goal of 70% of Americans getting at least one vaccine dose by the Fourth of July, President Joe Biden on Friday marked a new milestone – 300 million shots administered in the 150 days since he took office.

“I see an important milestone that just didn’t happen on its own or by chance. It took the ingenuity of American scientists, full capacity of American companies and whole government response across federal, state, tribal and local governments,” Biden told reporters.

It’s an accomplishment set in motion long before Biden became president. The nation’s vaccination program, set up under the Trump administration, was always expected to expand supply throughout the year, moving beyond health care workers and the elderly, and reaching the general public in large numbers this spring.

In the final few days of the Trump administration, officials said some 1 million doses were being injected per day – roughly the same number being administered today.

Still, the administration of 300 million shots in 150 days was carried out without any major disruptions and with a focus on equity. In what the president called a “wartime response,” the Biden administration created federally run vaccination centers and mobile vans in communities that ensured rural and poor areas weren’t left out.

“We turned it around together by acting quickly and aggressively and equitably,” Biden said Friday.

The president has previously stated his goal as fully vaccinating 160 million adults and ensure 70 percent of adults get at least one shot by the Fourth of July. According to the latest data by the Centers for Disease Control and Prevention, 143 million adults are fully vaccinated and 65.1 percent have their first shot.

Biden suggested his focus on July 4 remains in tact.

State governors though have warned the White House that demand for initial vaccine shots has dropped, and significant portions of their supply is at risk of expiring this summer.

In a bid to keep the nation’s focus on squashing the pandemic, Vice President Kamala Harris on Friday visited a pop-up vaccination site at the historic Ebenezer Baptist Church in Atlanta.

So far, the biggest problems in the vaccine rollout under Biden have largely been out of his control.

One was the discovery of rare blood clots in a small number of women who had taken the one-shot J&J vaccine. Federal regulators briefly suspended administration of the vaccine before agreeing to resume with a warning and treatment guidelines for doctors. J&J also dealt with manufacturing problems after contamination concerns at one facility prevented doses from being shipped.

Both events appear to have crippled U.S. demand for the J&J vaccine.

Also, pockets of the U.S. remain mostly unprotected, including large swaths of the South. Health officials are warning that the latest strain of the virus, known as the Delta variant, is much more transmissible and likely to become the dominant strain causing COVID-19 in the U.S.

“The new variant will leave unvaccinated people even more vulnerable than they were a month ago,” Biden warned.

US, others warn citizens in Ethiopia to leave as prime minister heads to front lines